The Biggest Economic Engine You Haven't Heard of 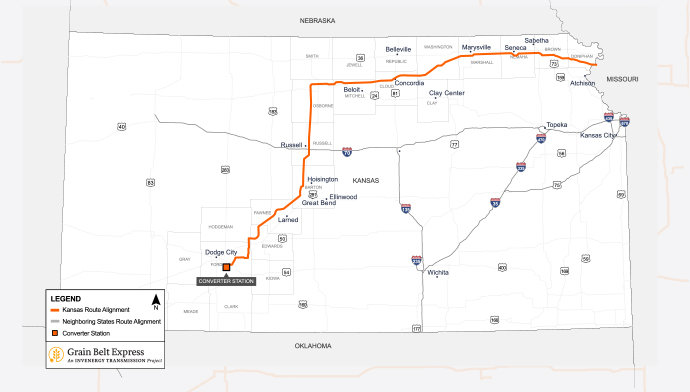 The Grain Belt Express transmission line, an approximately 800-mile high voltage direct current (HVDC) transmission line being developed by Invenergy Transmission, was announced on September 30th by Governor Laura Kelly, Kansas Department of Commerce Deputy Secretary for Business Development Bill Murphy and Senior Vice President of Regulatory Affairs for Invenergy Kris Zadlo. It will deliver up to 4,000 megawatts (MW) of low-cost, homegrown clean energy from western Kansas to millions of Americans in the Midwest and other regions. 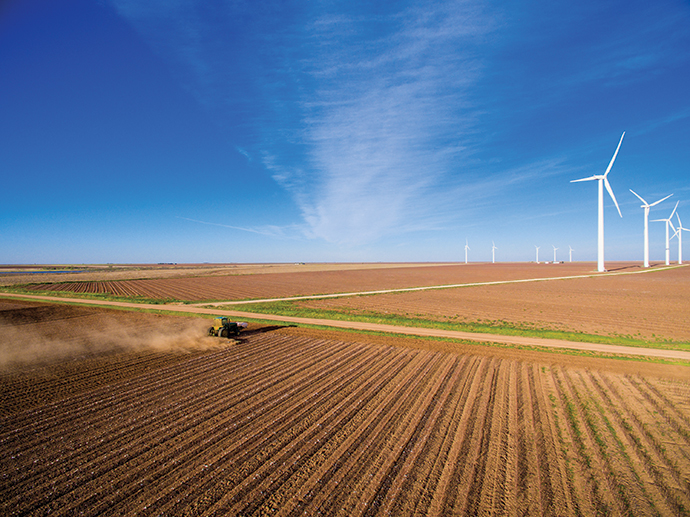 “Kansas is uniquely positioned to be a regional and national leader in the development and expansion of clean and renewable energy,” said Governor Kelly. “The Grain Belt Express will be instrumental in helping to power Kansas and other states and will bring nearly 1,000 jobs and billions in economic investment and energy savings to our state. My administration is committed to rebuilding our foundation and supporting key investments that will continue to boost economic development, recruit businesses, foster a healthy workforce, and produce sustained growth.”

According to an analysis on behalf of the company, the Grain Belt Express will create up to 22,525 jobs supported over the three-year construction period, 968 full-time, permanent operations jobs, and $8 billion of total, long-term economic investment in Kansas. Additionally, the project will save up to $7 billion in electricity costs for Kansas and Missouri consumers through 2045 and produce $3.7 billion in economic output during construction and $235 million in annual economic output once operations begin.

Grain Belt Express will begin in Spearville, Kansas, and continue through Missouri, Illinois, and Indiana. The project will deliver significant advantages in access to affordable energy, added infrastructure for broadband, and significant capital investment.

“Economic recovery and long-term economic competitiveness in Kansas and Missouri depend on new investment, more jobs, and tapping into low-cost, homegrown clean energy, which Grain Belt is moving full speed ahead to deliver,” Zadlo said. “Grain Belt is proud to increase our investment in Kansas and Missouri to rebuild the economy, deliver billions of dollars in energy cost savings, and meet growing renewable energy demand.”

According to grainbeltexpress.com, “With input from thousands of Kansans collected at more than 30 meetings, the Grain Belt Express routing team refined potential routes and ultimately selected a route. In 2011, the Kansas Corporation Commission (KCC) certified Grain Belt Express as a transmission-only public utility, and in 2013 it unanimously approved the route and granted Grain Belt Express a permit to construct the approximately 380-mile Kansas portion of the project. The selected route minimizes the impact of the project on the natural and human environment in Kansas.”