The Launchpad For Rocket Science

In Mississippi, 2020 has been a banner year for the space industry. 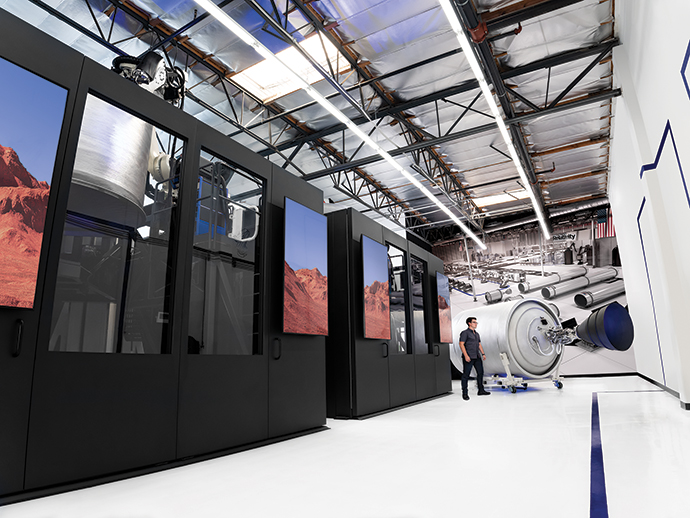 How do you know if a startup has been successful?

When it goes from securing its first million dollars of capital to announcing a sizable corporate expansion project in about seven months.

That’s exactly what happened at Adranos Inc., a rocket propulsion company that is working to develop a cost-effective solid rocket propellant that is more efficient, more powerful and better for the earth than traditional solid propellants.

On Feb. 11, Adranos announced it had closed a $1 million funding round after winning the grand prize at the U.S. Army’s inaugural xTechSearch competition. The Purdue-affiliated startup in West Lafayette, Indiana, oversubscribed its target raise by $250,000 in less than a week after opening the round — a sure sign that takeoff for the company was imminent.

On Sept. 24, Adranos went from startup to bona fide corporate player by announcing a $525,000 capital investment that creates 20 new jobs at the company’s first rocket motor research and development facility in McHenry in Stone County, Mississippi.

Adranos is going into the 640-acre, seven-building complex formerly occupied by General Dynamics. Among other advantages, this site is close to the Stennis Space Center and is in full compliance with all Department of Defense safety requirements for munitions handling.

Adranos plans to build a rocket motor test stand so that it can perform a series of tests of the company’s next-generation rocket fuel. The first test is slated to take place next summer.

“The opportunity afforded to us by Stone County and the Mississippi Development Authority is truly extraordinary,” said Chris Stoker, CEO and co-founder of Adranos. “The facility and local employment base will enable us to advance our high-performance rocket fuel and grow our company for many years to come.”

MDA is helping the project by providing aid for the construction of the test stand. Through the Cooperative Competes grant program, Cooperative Energy and Pearl River Electric Power Association are also assisting the project. The Stone County Economic Development Partnership is also providing support.

Home to the largest rocket engine test complex in the U.S., Stennis in southern Mississippi is acting like a magnet for space companies. Just three months before the Adranos announcement, Relativity Space, the first and only company to 3D print entire rockets, announced a $2.42 million capital investment in Hancock County to support the expansion of its rocket vehicle and engine testing capabilities at Stennis.

“People across our nation know that if you want to go to space, you have to go through Hancock County,” said Mississippi Gov. Tate Reeves.

Relativity, which is adding 12 jobs, integrates 3D printing, robotics and software to design, build and launch orbital rockets in days instead of months. Relativity began testing its rocket engines and vehicle stages at Stennis Space Center’s E3 test complex in 2016 and began testing at the E2 complex in late 2019. It has completed hundreds of successful tests since.

Last year, Relativity invested in its Stennis operations to support renovations and upgrades for Building 9101 — an investment that is creating 190 new jobs in Mississippi.

“Southern Mississippi continues to play a leading role in America’s journey to space, drawing from a rich history starting with the Apollo program and continuing through today’s Artemis program,” said Tim Ellis, CEO and co-founder of Relativity. “With a skilled workforce and world-class infrastructure, Hancock County is the perfect place for us to perform the wide variety of tests that are critical to develop our fully 3D printed Terran 1 orbital rocket and Aeon engines.”

MDA is providing assistance to build an access road between test facilities. Relativity also qualifies for the Advantage Jobs Rebate program, which provides a rebate to eligible companies that generate new jobs that surpass the average annual wage in the area. The firm also qualifies for the Hancock County Port and Harbor Commission’s Job Creation Grant, which incentivizes employers to give jobs to local residents.