The Safe Harbor in the Storm 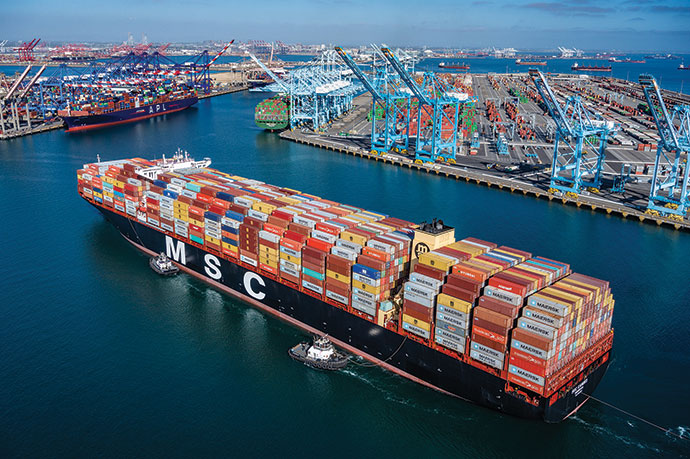 If the economic disruption caused worldwide by the COVID-19 pandemic taught us anything, it is that supply chains are king.

Everyone from supermarket managers to automobile manufacturers learned the hard way that all it takes to derail the flow of commerce is one unexpected disaster.

For commerce to continue in the middle of an unprecedented storm, it needs a safe harbor. Manufacturers and logistics end-users on the West Coast have found that haven in San Bernardino County in inland Southern California.

Located about an hour east of the Port of Los Angeles and the Port of Long Beach, San Bernardino County is the nation’s largest in land mass, at over 20,105 square miles, stretching all the way to Arizona. But it’s not just the land that makes this county of 2.18 million people desirable; it’s what that land can do for you. 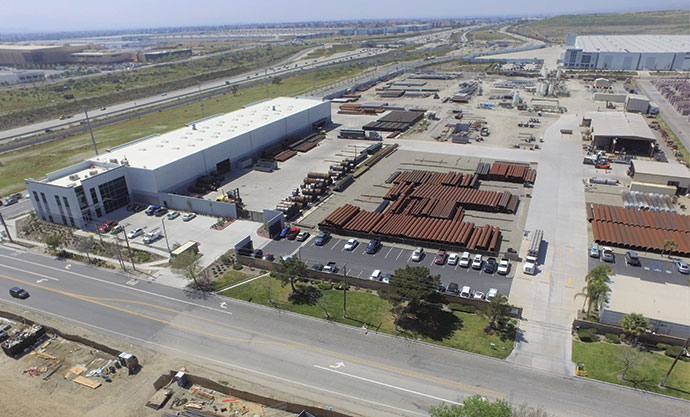 Manufacturers who want to import, export and reach North America’s largest consumer market have learned that when it comes to finding the sweet spot of high value, that place is San Bernardino County. Besides being located in a state of 39 million people that comprise the world’s fifth largest economy, with a GDP of $2.9 trillion, San Bernardino County is less than a day’s truck drive from the major markets of Las Vegas, Phoenix and Mexico.

Want to reach the rest of the planet? The busiest container port in the Western Hemisphere stands ready to help. For the past two decades, the Port of Los Angeles has been the busiest container port in the Americas. The economic activity generated by the port — including its connection to one in nine jobs in Southern California and more than 3 million jobs nationwide — is a bellwether for the health of the entire U.S. economy.

The San Pedro Bay port complex accounts for 193,000 jobs in Los Angeles and Long Beach and roughly one million jobs in the 5-county region of Southern California. The Port of LA facilitated $276 billion in trade during 2019, making it North America’s leading seaport by container volume and cargo value.

After a lull in late spring and early summer due to COVID-19, the Port of LA roared back in August with its busiest month ever, surging to 961,833 20-foot equivalent units (TEUs). The 12% gain in cargo was driven by imports, which topped 500,000 TEUs for the first time.

“In May, we saw our lowest container volumes in more than a decade,” said Port of LA Executive Director Gene Seroka. “Since then, there has been a significant replenishment of warehouse inventories. Coupled with retailers planning for consumer holiday spending, it has created a surge of imports.”

Mike DiBernardo, deputy executive director of marketing and customer relations for the Port of LA, said the port experienced a sharp rebound in recent months. “During COVID, we saw a dip in volume as retailers were not ordering and shipping goods,” he says. “We were down 15 to 20% in volume and had 66 cancelled sailings through August. Since August, we have seen volumes grow as retailers began to re-open and ecommerce began re-emerging. With that, there are a lot of extra ships calling the port and like any other port in the U.S., Asia and Europe, we are busy. Warehouse space is tight, and we are experiencing spot equipment shortages, spot skilled labor shortages and spot truck driver shortages.” 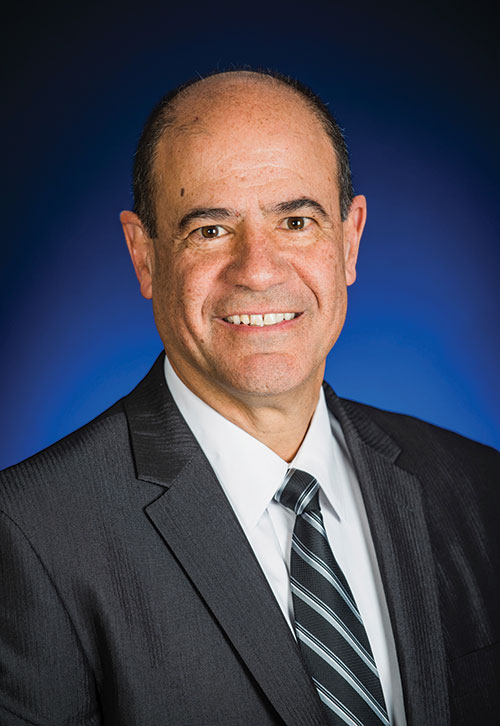 “We encourage the development of inland container yards to stage containers to be delivered for the last mile,” says DiBernardo. “San Bernardino County is important for national, state and regional logistics, jobs and economic activity, owing to the large amount of logistics facility space in the county.”

Anand (Andy) Patel, president and CEO of Metroll, an Australian metal building component manufacturer in San Bernardino County, says the transportation and logistics infrastructure of the region made it easy for him to select Fontana as the company’s home base.

“We needed a reasonable distance to Interstate 10 to connect us to Los Angeles and Phoenix, and we also wanted proximity to Interstate 15 to connect us to San Diego,” says Patel. “Orange County and Riverside County are close, and from an industry standpoint, it makes sense as well. All our key suppliers are located close by in Rancho Cucamonga and other cities near us. From a supply base, it makes sense. A lot of our competition is in Fontana, and for us, we must ride the coattails of industry. The labor pool here is strong as well.”

Before making his final site pick, Patel says he reached out to officials in Los Angeles, Riverside and Orange counties too. “San Bernardino County gave the largest effort to introduce us to all the key departments,” he says. “We work closely with the county. They are good partners.”

Metroll employs 20 workers in Fontana, but the firm has plans to expand both locally and beyond the region, says Patel. “We work closely with the workforce development office,” he says. “They helped us with several programs like on-the-job training. With the county funding a portion of the training, it allows us to hire more local workers. It accelerates our growth. Within five years, we’d like to expand beyond this region and open new offices about 500 to 600 miles away. Sacramento would be high on our list. Going east, we would likely look at Utah, Denver and Phoenix.”

Patel says he likes San Bernardino County as the permanent home base because “we’re seeing a lot of growth locally. With e-commerce growing nationwide, we’re seeing a lot of new metal building construction in the region. Fontana is centrally located in Southern California, with Phoenix and Las Vegas not far away. Now, we’re hearing that a lot of people who work in Los Angeles are looking to move to Fontana and Rancho Cucamonga.” 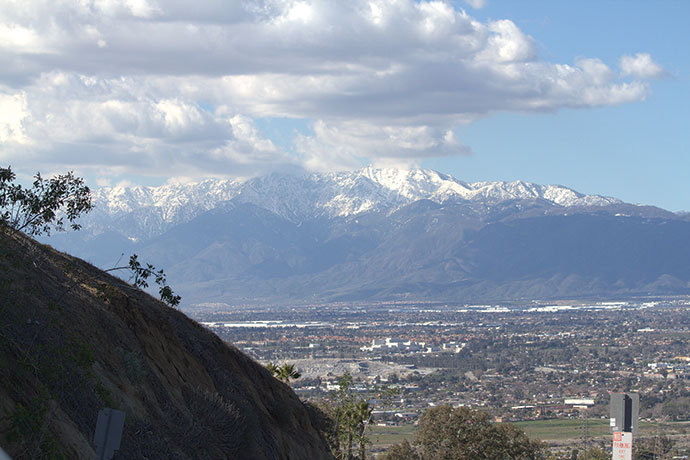 Roy Jung, senior corporate vice president of State Pipe & Supply, a subsidiary of Korean-owned SeAH Steel Corp., operates a steel pipe fabrication plant in Rialto and is in the process of looking for more facilities in the county.

“Our headquarters is dead center between the I-15 and the I-210,” says Jung. “We’re about 15 miles east of Ontario. We looked at the infrastructure so that we could have access to other markets. Plus, we wanted access to affordable housing so that we could hire workers who could live here. We used to be in Santa Fe Springs, but there was no opportunity to expand due to overbuilding of projects in that area. The people who ran the company saw the opportunity to grow. They found that a lot of our customers who used to be closer to Los Angeles had decided to come out here, so we purchased this property in Rialto back in 1990.”

“This is our home. We are not looking to go anyplace else.
— Roy Jung, Senior Corporate Vice President, State Pipe & Supply

State Pipe is part of a Seoul-based conglomerate that was founded in 1960 as Pusan Steel Pipe Industry Corp. Today, SeAH Steel Holdings is a South Korean holding company that is focused on the steel pipe business, which is growing rapidly in the U.S. State Pipe is capitalizing on this trend by expanding in Southern California.

The firm has about 80 employees in San Bernardino County and around 110 total in the U.S. Worldwide, the parent company employs 10,000 workers across many countries, including Korea, Vietnam, Italy and Mexico.

“We were the first steel company to move to the Inland Empire,” says Jung. “A few years ago, other companies followed. We need a large yard, which is almost impossible to find in the LA Basin and San Diego. In San Bernardino County, you can still find 30-acre to 100-acre sites, and the prices of those properties are relatively reasonable.”

Jung says State Pipe has considered locations in other counties and states, but “we will not abandon San Bernardino County. We want to be close to our customer base. If we can manage and keep our customers sufficiently supplied from this location, it helps us to have a larger inventory on this site. We have 22 acres and about 20,000 tons of steel pipe on it. Our other facility is just 3 miles away in Rialto.”

Jung adds that “we have a plan to open another location in San Bernardino County. Our friends at San Bernardino County government helped us a lot. They reached out to the cities that may have some available space, and they made a connection for us. We’re working with one of those cities now to purchase a site.” 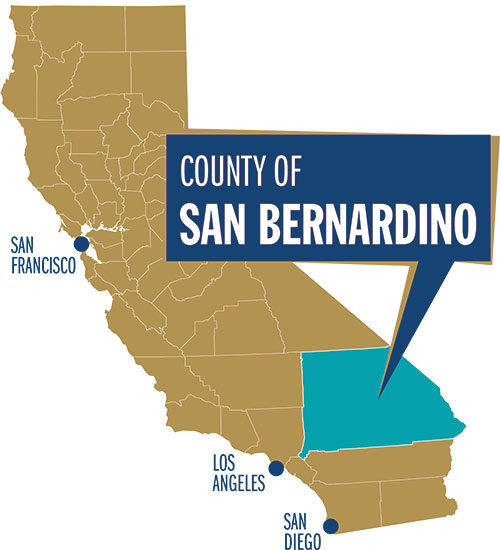 Jung says that incentives have been helpful in facilitating his firm’s growth. “The Manufacturing Facility Tax Credits through the state of California have been a big help,” he says. “The county introduced us to that program. We also got Free Trade Zone help. Plus, the county offers reimbursement on hiring of new employees for worker training. They cover up to 50% of the costs. These guys go out of the box to help us. We had questions regarding the sales tax, and we could not get clear guidance from anyone. They hooked us up to the right personnel who took a great deal of time explaining compliance to us. I really appreciated that help.”

Jung and his colleagues even went on a trade mission with the county last year to South Korea and made valuable connections. “It’s always good to build networking relationships with people in other industries,” he adds. “That event helped us find some new suppliers.”

Given that track record, Jung says State Pipe is prepared to invest even more in the county. “Our next site will be a lot bigger than what we already have in the county,” he says. “In about six months, we’ll make that announcement. This is our home. We are not looking to go anyplace else.” 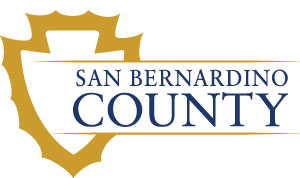