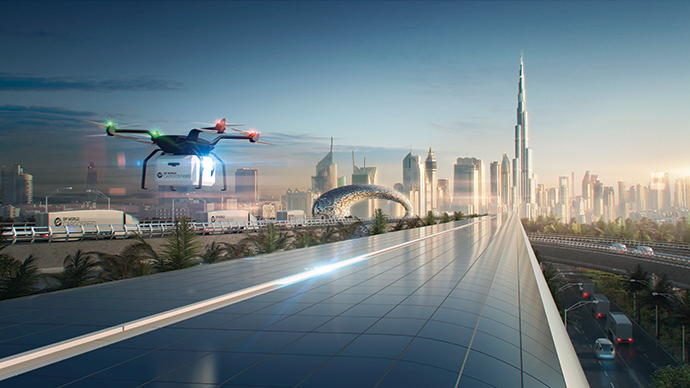 The Cargospeed brand introduced in 2018 by UAE-based global trade enabler DP World and Virgin Hyperloop One is more than just a dream. In July, the U.S. DOT provided guidance on a regulatory framework for hyperloop. Multiple states and countries such as the UAE, Saudi Arabia and India are engaged in hyperloop studies.
Rendering courtesy of Virgin Hyperloop One
by Norman Anderson, Chairman and CEO, CG/LA Infrastructure 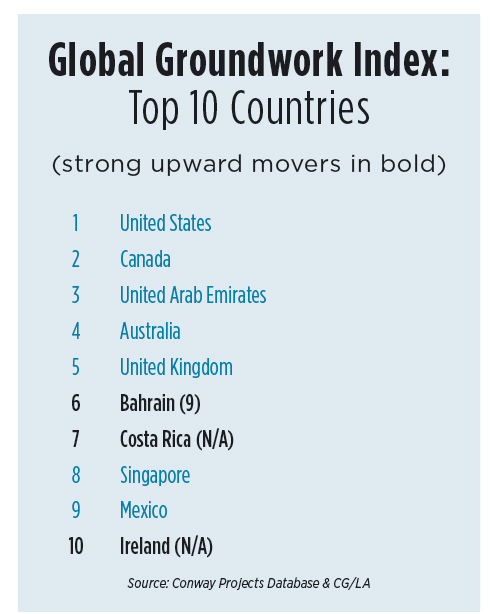 The International Finance Corporation sees emerging market domestic private investment declining by $700 billion this year over last, and foreign direct investment declining by $250 billion. A return to pre-crisis levels of investment will only occur in 2023. Using another metric, infrastructure project finance is down 75% when compared with 2019. Now for the opportunity: We believe that, both globally and in the U.S., this is a glass-half-full moment — an opportunity to rethink the infrastructure investment model, creating a new perspective, new tools and new sources of funding through which to channel investment into projects.

Three factors will shape the investment climate going forward. First, the explosion in technology has the potential to cause enormous improvements in the performance of assets around the world, from highways to urban water systems, and including sectors as dissimilar as health facilities and transit systems. Just in the past few weeks, for example, I have been approached by firms with astonishing new technologies. Three are worthy of particular mention: (1) a company with patents on the creation of new smart roads, that are data rich; (2) a research institute driving the development of 5G-enabled dedicated driverless vehicle truck lanes on the U.S. interstate highway system; and (3) contactless charging for electric vehicles, from buses to commercial vehicles, that is not just a concept but a system being rolled out in Oslo, Norway. Who is going to pay for this? The development of data platforms to commercialize the data generated by public assets is the first new non-tax, non-debt, public revenue source in 4,000 years. 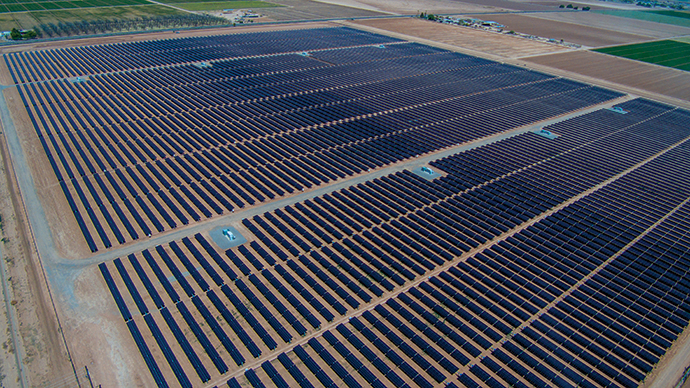 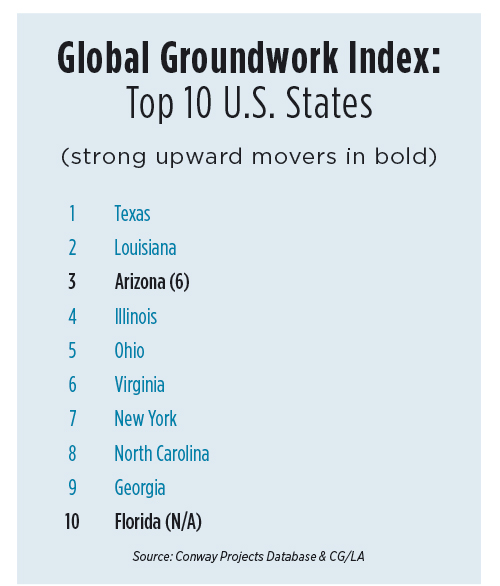 Second, the move to private investment in infrastructure will accelerate. This is particularly true in the U.S., as the country’s $27 trillion in federal government debt — along with state and municipal debt, also at record levels — will drive more innovative strategies for bringing private funding into projects. This includes both value capture and performance contracting, and it will happen quickly. For example, on Friday August 14, the Federal Transit Administration (FTA) announced that it would begin to support land value capture projects around transit facilities. The FTA will now allow the “use [of] federal money for joint development projects, which involve building commercial, residential or mixed-use facilities near transit or on land owned by transit systems.” Expect to see many more of these partnerships, irrespective of which political party is in power. 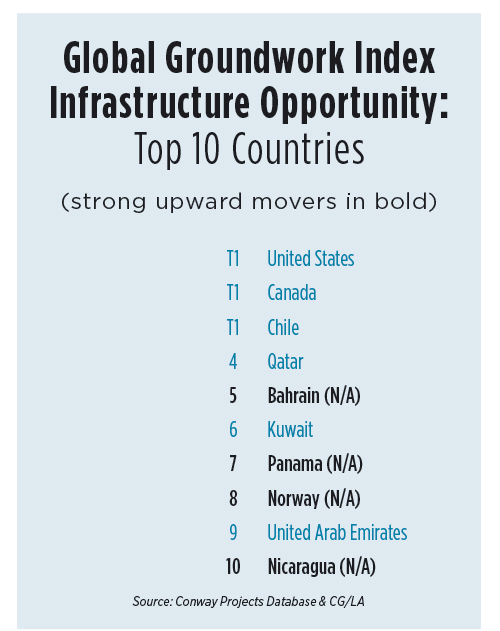 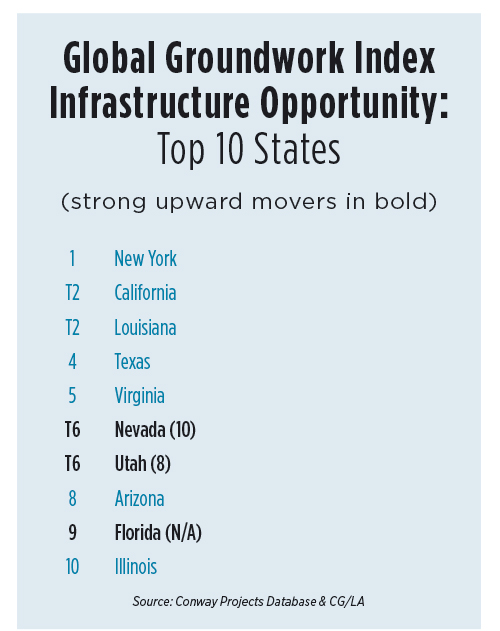 Third, especially in terms of infrastructure investment, we believe that the market will be transformed by a new focus on “really thinking hard about the user experience,” as Steve Jobs said when he came back to Apple in 1996. This is an inevitable result of technology and private investment invading the infrastructure space. Consumers, and the benefits provided to consumers (health, mobility, jobs, safety), are the reason for infrastructure investment — and so will now begin to drive everything from project design to ongoing revenue and the optimization of revenue.

The macro fact that dominates our thinking is an extraordinary pent-up demand for projects all over the world. In our view this is a 30-year trend, and the opportunity to address it is now. In May 2020, CG/LA Infrastructure identified 550 “shovel worthy” projects across the United States with a combined value of over $600 billion. These projects range from small county/municipal works (minimum $10 million), to large, visionary projects — all of which would benefit both from a technology audit and new ways of attracting private investment. This demand is even greater in emerging markets, with real business opportunities in and around large cities (São Paulo, Istanbul, Ho Chi Minh City, Lagos), or in the world’s great opportunity zones (the U.S.-Mexico border being the most interesting one).

One U.S. visionary project worth highlighting in this context is the $30 billion Texas Central High-Speed Rail project connecting Houston with Dallas. A privately led development, the project will create a huge new investment dynamic and both downtown Houston and downtown Dallas. Over 37,000 total jobs is only part of the story — the project will also create manufacturing demand throughout the U.S., beginning with steel manufacturing in Indiana and Colorado. Led by projects like this, it’s no wonder Texas is No. 1 in this year’s Global Groundwork Index.

Initiatives around the world to drive recovery from COVID-19 have been anything but timid. In May, China launched a $2 trillion program focused on “new infrastructure,” including 5G and AI heavy projects. In July the EU launched its Green New Deal project, a €750 billion initiative to drive a return to growth through green infrastructure investments. 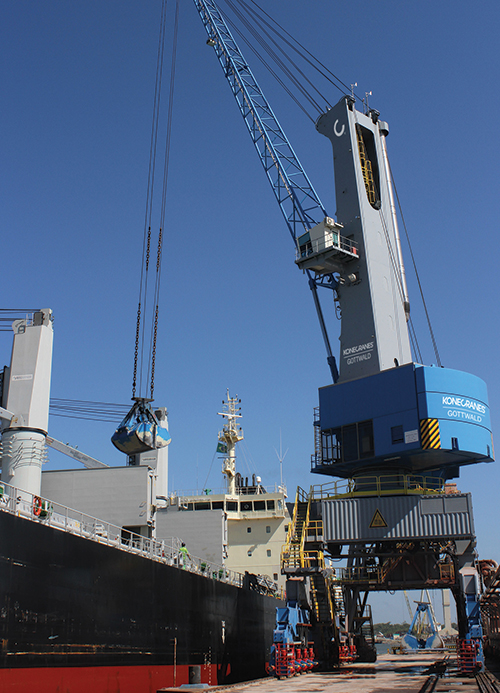 The Port of South Louisiana, the largest tonnage sea gateway for international trade in the U.S., has ordered two Konecranes harbor cranes to be commissioned by September 2021 in order to increase capacity at its Globalplex Intermodal Terminal.
Photo courtesy of Konecranes

Developing countries don’t have the capacity to respond as swiftly with robust initiatives, but they are doing what they can. Indonesia, for example, launched a $412 billion mega infrastructure initiative running to 2024 and focused on infrastructure decentralization.

The world tends to respond slowly and unevenly to Black Swan events. It took four years, and an election, for the U.S. to create a public policy response to the Great Depression. My firm is working with others around the world through our GViP Platform to speed things up, bringing project sponsors together with funding, technical expertise and new technologies to move projects forward. From our point of view the key to global economic recovery is swift and robust infrastructure investment, in both emerging markets and developed economies.

If there was ever a time for the public and private sectors to work together in partnership, take risk and drive investment into imaginative projects, it is now, and over the next 12 months.

Could infrastructure investment swing the heavy lumber in a comeback from the COVID-19 deficit? If so, there are a few places already poised to leverage past momentum to their competitive advantage.

The third annual Global Groundwork Index rankings — a result of Site Selection’s exclusive collaboration with infrastructure advisory and events firm CG/LA in Washington, D.C. — offer a snapshot of which territories are seeing concurrent strong investment trends in infrastructure projects and corporate end-user facility projects. Cross-pollinating raw project data from Site Selection’s Conway Projects Database (for corporate projects) and CG/LA’s similar infrastructure database, we index cumulative and per-capita calculations for nations and for U.S. states to arrive at the rankings presented here. In addition, we offer separate lists ranking countries and states by infrastructure investment metrics only, thus highlighting regions ripe for further investment in and around that growing framework.

In terms of countries, the United States this years usurps the No. 1 spot held last year by Canada. The rest of the top 10 stays much the same. But Bahrain has shot up from No. 9 to No. 6. Costa Rica reappears in the upper echelon after a year off the list. And Ireland bursts onto the scene for the first time in our three years of creating this unique index.

Brazil drops off the top 10 completely (to No. 12) after ranking seventh last year, and drops off the infrastructure opportunity list too, after ranking No. 1 last year. Apparently, even a roster of 238 infrastructure projects (headed toward private partnership in droves) and booming FDI in 2019 have a hard time keeping up with the needs of 205 million people — by comparison, the United States, with 319 million people to serve, has a list of 1,073 infrastructure projects tracked by CG/LA. Meanwhile, four new countries pop into the top 10 for infrastructure opportunity: No. 5 Bahrain, No. 7 Panama, No. 8 Norway and No. 10 Nicaragua.

At the U.S. state level, Texas (as it’s done before in other rankings in these pages) remains No. 1 in the Global Groundwork Index, with neighboring Louisiana hot on its heels. The biggest mover is Arizona, up to No. 3 from No. 6 last year. The rest of the top 10 are repeats except for Florida, which makes the list for the first time at No. 10, bumping off Iowa.

As for purely infrastructure-oriented opportunity, Nevada rises four spots from No. 10 last year to No. 6, in a tie with neighboring Utah, which rose from No. 8. 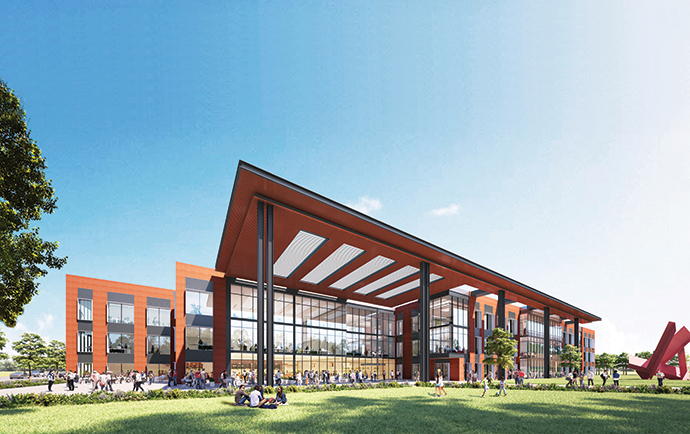 Developers KDC and L. C. Fulenwider, Inc. are partnering on build-to-suit office as part of the Peña Station NEXT mixed-use community. Located at the first transit station out of Denver International Airport (DEN), this master planned, mixed-use, transit-oriented development was co-developed by L. C. Fulenwider and the Real Estate Division of DEN. Peña Station is ideally situated for commuters, being just 12 minutes by train to DEN and less than 30 minutes to downtown Denver.

Peña Station NEXT is home to Panasonic CityNow and 218 multi-family housing units, with an additional 600 multi-family units with ground-floor retail currently being planned. The development is also home to the 226-room Hyatt Place Hotel, located within walking distance to the rail stop. Peña Station NEXT will also offer dining, retail, and entertainment options. Additionally, over 1 million sq. ft. of office space in Peña Station NEXT will be developed with the KDC partnership. KDC will be marketing these build-to-suit sites with Tom Lee and David Hart of Newmark Knight Frank (NKF), as well as working with HKS on the master planning and building design.

“A unique option for corporate users valuing both ease of travel and proximity to a large metro area, this transit-oriented development opportunity at Peña Station NEXT is located at the first rail stop on the way from Denver International Airport to downtown Denver. Already home to FlightSafety International and Panasonic’s state-of-the-art facility, Peña Station NEXT represents one of the next great, smart, sustainable mixed-use communities in the U.S.,” said NKF’s Lee. “In context to the impact of COVID-19, the site’s build-to-suit, single-tenant building, customized office space and large campus options will attract tenants from across the U.S.,” added NKF’s Hart.

“Peña Station NEXT is the great activator for the Metro Denver region’s economic expansion. Leveraging our highly educated workforce, proximity to Denver International Airport, connection to a robust mass transit system, and forward-thinking development planning, Peña Station NEXT creates a destination for people and businesses to locate and thrive in one of the nation’s leading economies,” said Sam Bailey, vice president of economic development at the Metro Denver Economic Development Corporation. “We look forward to showcasing how Peña Station NEXT is a fantastic location for diverse industries to consider and call home.”