Don't Count Out Startups in the Fight Against COVID-19

Silicon Valley is building something: a united front in the crisis. 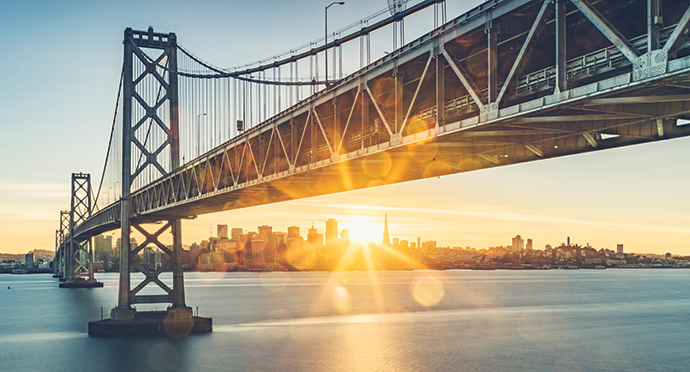 YourChoice Therapeutics is a Silicon Valley startup that’s been developing a line of vaginal and non-hormonal oral contraceptives, the latter of which might even be used by men. Its CEO, 32-year old biochemist Akash Bakshi, is a font of information on the subject of sperm.

“They are the smallest cell in the human body. No matter how well-endowed any particular man might think he is,” Bakshi explains, “a sperm cell must swim about nine inches in order to fertilize the egg. It’s a large amount of swimming, and there are particular swimming patterns they go through to get there.”

In their mission to wrestle sperm into submission, Bakshi and colleagues Nadja Mannowetz, a sperm physiologist, and chemical engineer Andrew Bartynski began to study certain properties of the drug niclosamide. 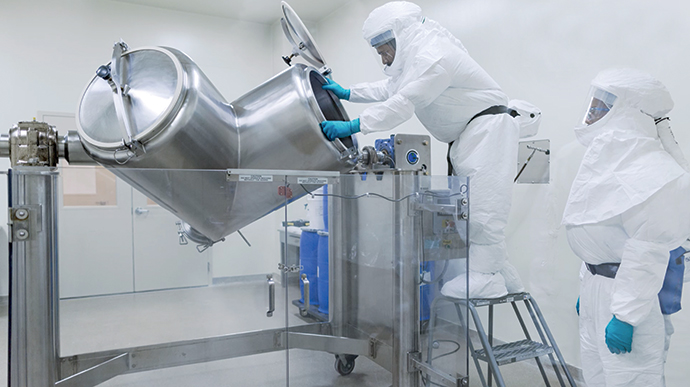 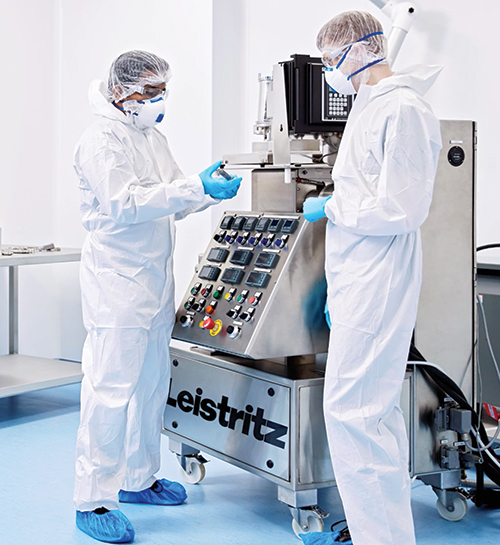 Developed by Bayer in the mid-20th century, niclosamide was marketed in the U.S. from 1980 to 1996 as a treatment for tapeworm. The patent has since expired. Through chance and dogged persistence by the YourChoice team, niclosamide now is credibly viewed as a candidate both for halting the spread of the COVID-19 and for reducing symptoms in patients who contract it. Bakshi believes the potential treatment, about to launch clinical trials, could be affordable and relatively quick to market.

A Retort to the Detractors

Deriding Silicon Valley for what it isn’t is not a new phenomenon, but the oft-voiced complaint that it “can’t build anything” is being reprised at volume during the pandemic. Riffing on a biting, April 18 blog post by Silicon Valley warhorse Marc Andreessen, a commentary that ran a week later in MIT Technology Review appeared beneath the headline: “COVID-19 Has Blown Apart the Myth of Silicon Valley Innovation.” It leveled this charge:

“Silicon Valley and big tech in general have been lame in responding to the crisis.” Further: “Big tech doesn’t build anything. It’s not likely to give us vaccines or diagnostic tests. We don’t even seem to know how to make a cotton swab.”

In a Site Selection interview, Bakshi was reflective when asked his opinion on the matter.

“It’s interesting,” he says, “because if you think about biotech, arguably it began in San Francisco, where Genentech started. I don’t know how much I would rely on a company that developed an app to develop a diagnostic. But the life sciences community within the Bay Area is so rich that effectively we’re playing a very important role in fighting COVID.”

Eric Reis agrees. Reis, best-selling author and co-founder of San Francisco-based Lean Startup, has launched “Out of the Crisis,” a pandemic-related podcast that highlights efforts of some of the leaders in the fight.

“In Silicon Valley, it’s not just the companies that have had to pivot and change directions,” Reis says. “So have investors, VCs, the entire ecosystem. The startup community has had to make a dramatic change to work on pandemic relief and disease prevention. It’s been really amazing to see it happen and unfold in real time.”

Sam Altman, former president of Mountain View startup accelerator Y Combinator and now CEO of the research organization OpenAI, was one of the Valley’s early leaders in the battle against the pandemic. In mid-March, he announced in a blog post that that he would fund COVID-related projects and startups.

“Like a lot of people, I wanted to find something I could do to help, so I decided to focus on that,” Altman told Reis on the podcast. “It’s been really cool to see, as terrible as this is, one entire industry focus on one problem. The speed at which biotech startups and labs have been moving to figure out how to help with this has been inspiring. I’ve never seen biotech move this fast.”

Dozens of Silicon Valley startups and investors have stepped to the plate. Companies that have committed to the battle against the pandemic range far beyond the life sciences space and into the realms of consumer health, automation, logistics, telecommunications, government contracts consulting, labor management, even personal accessories — the San Francisco fashion startup Vida & Co. has added a line of high-end protective masks. 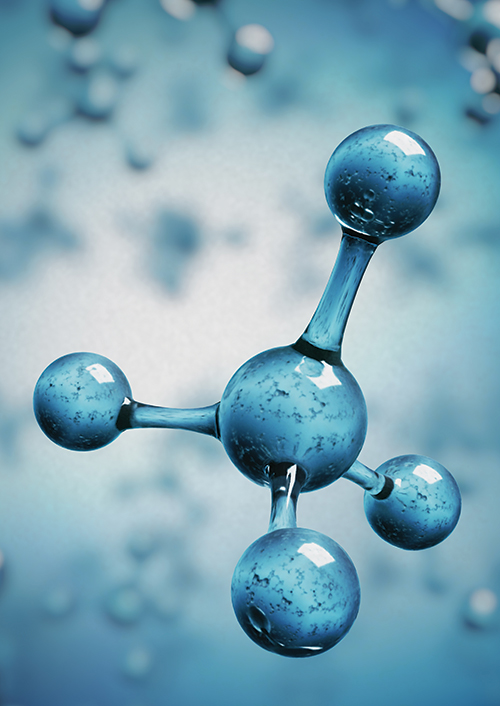 Atomwise is using computational technology in search of compounds that might prepare against future COVID-related outbreaks.
Photo: Getty Images

Y Combinator says that more than 45 of its biotech and health care companies are behind efforts to tackle the crisis, whether aiming to produce treatments or tests or offering resources for hospitals and health systems. They include:

Luminostics, a nanotechnology startup based in San Jose, is partnering with Sanofi, the Paris-based pharmaceutical company, to build an at-home test for COVID-19 that would use a sample reader powered by a user’s smartphone. Using glow-in-the-dark nanomaterials to produce a signal picked up by a smartphone camera, Luminostics is developing diagnostic tests for a variety of infectious diseases. The goal of the partnership, announced in April, is to muster a consumer-based COVID test that can provide results within 30 minutes or less.

“The development of a self-testing solution with Luminostics could help provide clarity to an individual — in minutes — on whether or not they are infected,” said Alan Main, head of Sanofi’s consumer healthcare division.

BillionToOne, a precision diagnostics company based in Menlo Park, also is working toward testing, with what it calls “a highly accurate and cost-effective COVID-19 test protocol” that could facilitate more than 1 million tests a day in the U.S.

“The coronavirus has delivered a crippling blow to the country,” said CEO Oguzhan Atay. “We’re certain this unique technology will help save lives and stop the spread of the virus.”

For YourChoice Therapeutics, the pivot from contraceptives startup to COVID warrior occurred on a dime.

In March, while researching niclosamide as a potentially potent spermicide, the company unearthed studies from 2004 and 2008 that found the largely forgotten drug to be effective against SARS-CoV-1, a close relative of SARS-CoV-2, the virus that causes COVID-19.

“We saw right away that we had a moral obligation,” says Bakshi, “to immediately stop the work that we were doing on contraception and try and see how we could help as much as possible in the fight against COVID. So, we stood up a sister company, ANA Therapeutics.”

In early spring, an independent laboratory confirmed the team’s hunch that niclosamide might be effective against COVID-19. The new startup quickly secured funding of more than $5 million from the Bay Area. Institutional backers include the venture capital firms On Air Investments, SV Tech Ventures, SV Angel, SOSV and Refractor Capital.

“We invest in health startups that creatively disrupt the status quo with visions for building great businesses that solve massive problems,” said Zal Bilimoria, a Refractor founding partner. “We couldn’t think of a bigger problem to address right now than COVID-19, and we’re excited to see ANA Therapeutics bring their niclosamide treatment to patients.”

“The life sciences community within the Bay Area is so rich that we’re playing a very important role in fighting COVID.”
—Akash Bakshi, CEO, ANA Therapeutics

“As a startup and unlike large life science companies, ANA Therapeutics has already moved at lightning speed to get niclosamide into clinical trials,” said Altman in an August 6 statement. “I’m thrilled to invest in the team’s critically important mission to develop a safe, effective and widely available treatment for COVID-19.”

ANA’s clinical trials are launching in Texas and Florida. The startup, says Bakshi, paid $500,000 to purchase niclosamide in bulk from a source in Europe. It has entered into a partnership with Nottingham, England-based Quotient Sciences to develop and manufacture ANA001, repurposed niclosamide, at Quotient’s facility in Garnet Valley, Pennsylvania. 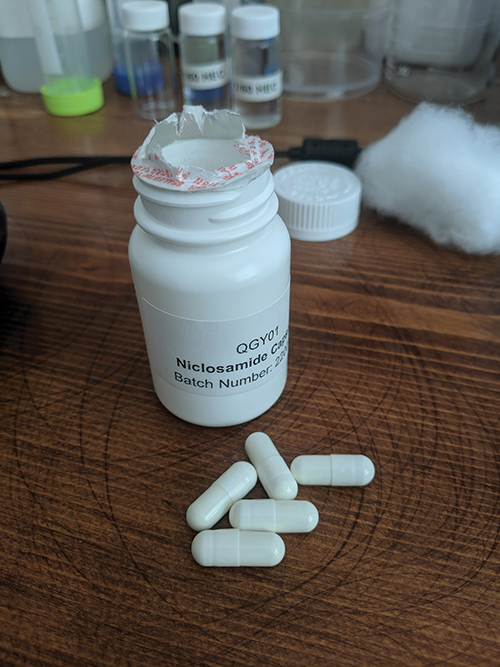 The ANA team of about a dozen scientists and administrators comes largely from Silicon Valley.

“Everyone in the Valley is trying to do something to have a positive impact on COVID-19,” says Bakshi. “It’s been a boon for us in recruiting top talent because there’s an alignment in the mission moving forward.”

The nimbleness, speed and social conscience for which Silicon Valley startups have come to be known, he believes, have shone brightly during the COVID crisis.

“Where we see that we have a moral obligation, a small company like ours can make decisions rather quickly that are right for us and not the stockholders of a publicly traded company. It allows us to have vision, and we can direct a team to focus on exactly what needs to be done to move the program forward. We’re not distracted by other work. We are fully focused on COVID-19.”