Near-shoring, infrastructure and a surging middle class are the active ingredients for Colombia’s next-generation economy. 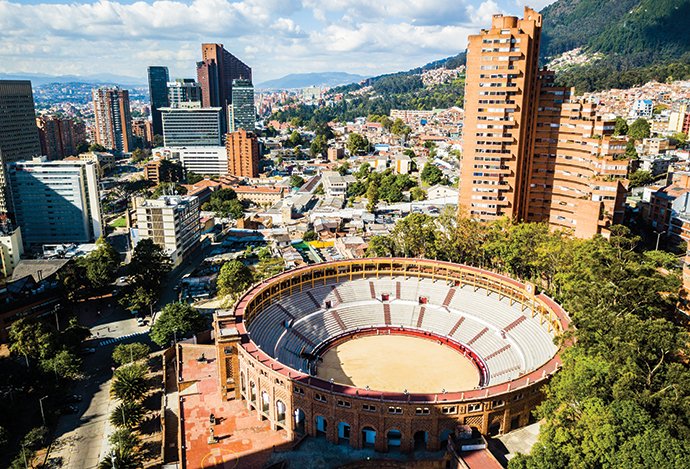 Colombia stands on the precipice of a new era of middle-class prosperity fueled by commerce, innovation and investment. Infrastructure is the portal to that future.

The country already has demonstrated its resilience and responsiveness in the face of the COVID-19 pandemic, with the IMF projecting that Colombia’s economy will grow by 4% in 2021 (after a 22.7% Q1 2020 spike in FDI that brought in nearly $2.5 billion).

Even the pandemic can’t dim prospects. A May 2020 survey by ProColombia and its partner investment promotion agencies in the country’s 10 regions found that two-thirds of business leaders surveyed are optimistic about the performance of their companies’ operations; 68% anticipated the normalization of their companies’ activities will take place before the end of 2020; and 69% said that they have found opportunities in this situation, highlighting the sectors of BPO and shared services, IT services and medical devices.

“Colombia has positioned itself as an ideal foreign direct investment destination,” says ProColombia President Flavia Santoro. “Our country boasts various areas for development across its distinct regions. There are also immense opportunities for entrepreneurship and the development of creative industries, agribusiness, tourism, and manufacturing and specialized services that will contribute to Colombia’s thriving and outstanding economy within the region.”

Indeed, between August 2018 and July 2020, ProColombia tracked 386 foreign investment projects in the country, aimed at non-mining and non-energy sectors, with an estimated value of $14.3 billion that was a 70% improvement on the previous two-year period.

Undergirding all of this is Colombian President Iván Duque Márquez’s $30 billion “Commitment to Colombia” plan, announced in August 2020. It aims to create more than 1 million jobs across a range of projects that will also help overcome the negative economic effects of the COVID-19 pandemic while simultaneously strengthening the Republic’s health care sector. In addition to pillars focused on sustainability, reconciliation, agriculture and energy transition to renewables, its five pillars include a commitment to job creation via combining support for micro, small and medium-sized enterprises (MSMEs) with acceleration of large infrastructure projects and incentives for projects in the “Orange Economy” (creative and cultural sectors).

Nearly 50 catalyst projects include the Bogotá Metro, Puerto Antioquia, the new Cartagena, San Andrés and Aerocafé airports and highways such as the ALO Sur in Bogotá. The pillar also includes installation of 10,000 digital centers, training for more than 100,000 programmers; and expansion of broadband to cover 70% of the country by 2022.

Landmark Projects in Every Direction

Among the dynamics such port investment will aid is the Colombian government’s plan to promote the shipbuilding industry by eliminating import barriers for parts: The ProAstilleros Program allows the importation of 395 elements necessary for the production of vessels or their parts with a 0% duty benefit. The plan could generate as many as 40,000 new jobs, with many of them in the Cartagena region.

The $750 million greenfield Puerto Antioquia project will be Colombia’s closest port to the Atlantic Coast of the U.S. Located on the northern coast in the Uraba region, the project got a boost in July when Global Infrastructure Partners (GIP) announced that its credit funds closed on a $110 million secured holding company term loan investment in Puerto Antioquia Holdings S.A.S.

The same landscape that lures so many tourists to Colombia is now playing host to an upsurge in FDI, infrastructure investment and middle-class living standards.

Norman F. Anderson, chairman and CEO of Washington, D.C.–based infrastructure consultancy CG/LA Infrastructure, cites the Antioquia project as one of three opportunities that “give you a sense of the glory and the challenge that define infrastructure opportunities in Colombia.” Another is the plan of SeaOne, a U.S. exporter of combined gas liquids which last year purchased a port and two power plants at Colombia’s Pacific Coast port of Buenaventura. Then there’s the La Linea tunnel through the Andes connecting the central region of Colombia (with a population of 28 million) to Buenaventura. The $315 million tunnel project, which employed 6,000 people, is nearing completion after more than a decade of work.

Transportation and logistics infrastructure represented 8.6% of total Colombian FDI in 2019. Colombia, Anderson says, “is a country with tremendous infrastructure needs, across the range of sectors — highways, ports, transit facilities, energy, natural gas, water and wastewater through to tourism and health care. They have made tremendous progress in the last 15 years, and now — with the right partners — are poised to build the next generation of projects.”

As those projects arrive, their impact dovetails with a diversified roster of corporate investment, driven by the infrastructure of talent and Colombia’s growing middle class. Since 2002, the percentage of the Colombian population (now nearing 50 million) who are middle class has leapt from 15.6% to 30.8%. FDI has contributed to this by generating better qualified jobs at companies such as Hatch, the Canada-based global infrastructure, mining and energy company. Karl Pearce, global director, investment & business planning at Hatch, says Colombia was the right choice for his company’s 2016 engineering services acquisition because of its significant opportunities in mining and infrastructure.

“Specifically, in order to sustain future GDP growth, Colombia will require significant investment in infrastructure,” he says. The company has built its regional presence in stages, with the original opportunity now blossoming into a high-value center for providing engineering services at a competitive price which could be exported to other regions as well as expanded into other process-related industries, including petrochemical, cement, and pulp and paper. 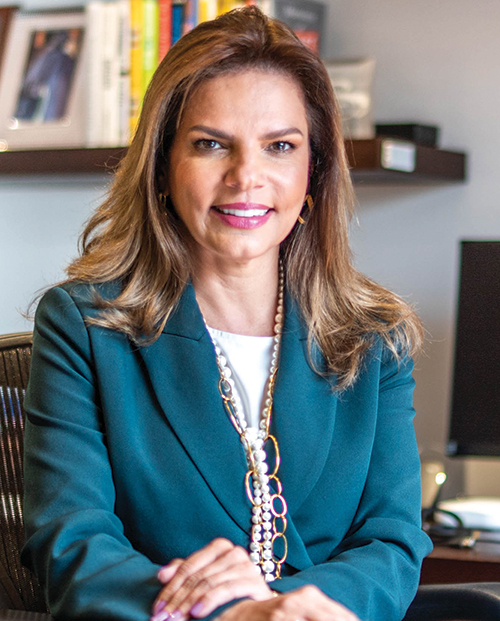 “Colombia has positioned itself as an ideal foreign direct investment destination. Our country boasts various areas for development across its distinct regions.”
— Flavia Santoro, President, ProColombia

Doing business in Colombia, he says, “has confirmed that Colombian skills and capabilities are world class. We have successfully executed projects for global clients out of Colombia with multinational teams.”

Argentinean IT unicorn Globant exports 80% of the IT services in Colombia to several countries, including the United States. In Colombia, the company has generated more than 3,000 jobs and plans to generate 3,500 more in the next three years. In March, the company announced an 800-job development center. And this summer, during the event with President Duque and Minister of Commerce, Industry and Tourism José Manuel Restrepo, Globant announced another new 800-job development center with 800 new jobs.

Asked to name what he’d discovered about Colombia in the process of growing there, Global Country Manager Andrés Giolito says, “The great hidden talent of Colombia’s people” and the large number of companies launching regional operations and investing in the country. He says client proximity, talent, English proficiency, ease of regulatory environment and improving connectivity were all factors in choosing to expand in Colombia.

Rockwell Automation just established a software development site in Medellín, a city that Juan David Carrasquilla, campus manager for the company in Colombia, called “one of the fastest growing technological centers in Latin America. The local government offers policies and attractive incentives, and also there’s considerable technological software talent available. We have seen, as well, the transformation in infrastructure, education and quality of life in the last few years.”

Medical device company Mindray notes the optimum geography for ease of distribution to other Latin American countries, a friendly regulatory environment and the disposition and commitment of labor, as well as the positively trending economy.

For Chinese mobile phone company Vivo, Latin America is the core of a globalization strategy. That’s nothing new: China’s trade with Latin America has grown 22-fold since 2000. A company spokesperson cites Colombia’s friendly relations with China since the establishment of diplomatic ties 40 years ago. “It is the third largest consumer market in Latin America, with stable politics and economy, favorable geographical location, abundant resources and large population,” says the spokesperson. “Our intention is to continue growing in the country.”

Key to economic reactivation is efficiency-seeking investment, i.e. investment motivated by the search for the highest possible efficiencies for the company in all fields, including production costs, supply chains and proximity to consumers among others. The government is pursuing a three-pronged strategy for that investment that includes facilitation (i.e. a “red carpet” strategy); adoption of some strategic measures for certain sectors and regions; and attraction of multinationals interested in near-shoring who are looking to reorganize their supply chains and be closer to consumers. The value of Colombia as a near-shore destination for the Americas only increases amidst such circumstances as the U.S.-China trade war, political instability in some regions of the world and the global pandemic 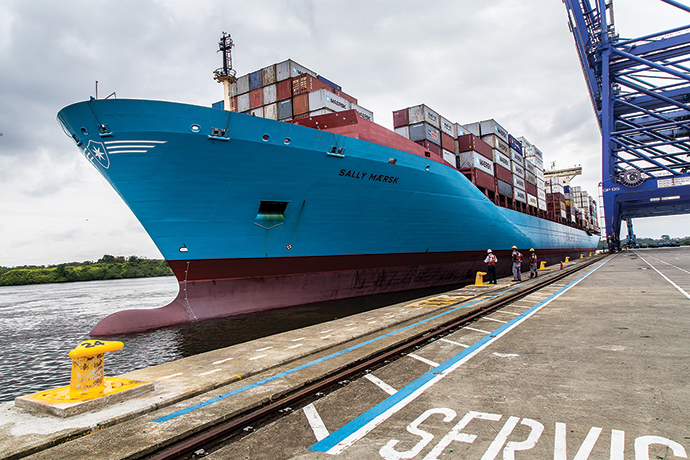 Photo: Port of Buenaventura, on the Pacific Coast of Colombia courtesy of Invest Pacific

Among the near-shoring attraction tactics are regulatory adaptation measures for flexibility, a virtual work regime and adaptation to teleworking; adaptation of the free zone regime; the strengthening of incentives; and development of objective, specialized and highly technical market and sector intelligence to reach the companies with the greatest potential to relocate or expand their operations.

The country will be offering a unique chance to explore Colombia’s near-shoring promise, growing prosperity and infrastructure progress this fall when the sixth annual Colombia Investment Summit, in virtual mode, takes place October 7-9, with more than 1,500 investors, support entities and national entrepreneurs connecting with one another and with opportunity.

“With this event we will present a portfolio of more than 75 projects to investors around the world,” says ProColombia President Flavia Santoro, “in sectors such as infrastructure, technology, agribusiness, energy and tourism, as well as the potential of our territory as a business destination and export platform.”

It’s an impressive portfolio that’s sure to reactivate interest in a country where the prosperity that was for so long just out of reach has now begun to take concrete shape — one port, one road, one job and one investor at a time.

This Investment Profile has been prepared under the auspices of ProColombia, charged with promoting nontraditional exports, international tourism and foreign investment in Colombia. For more information, visit Colombia’s official investment portal at investincolombia.com.co.