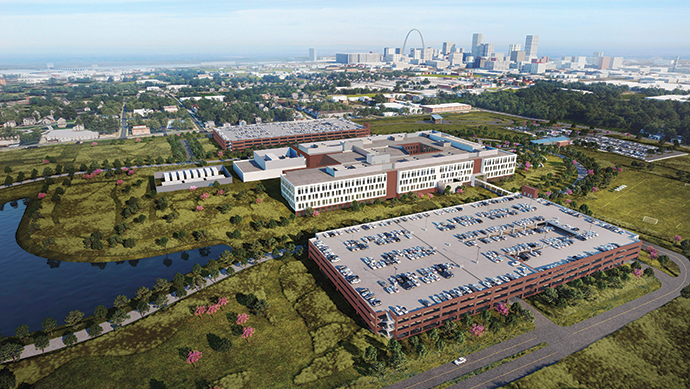 “NGA’s new campus will be built with spaces that will facilitate information-sharing and collaboration among NGA’s and St. Louis’s talented innovators,” said NGA Director Vice Admiral Robert Sharp at the new site’s groundbreaking in November 2019.
Image courtesy of NGA and McCarthy Building Companies
by SAVANNAH KING

Despite a global pandemic, companies are still choosing to invest in Missouri thanks to its famed midwestern work ethic and value for business.

In August, Veterans United Home Loans (VU) announced it is planning its biggest expansion in the state in Columbia, Missouri, where it is headquartered. The expansion will create 500 new jobs.

“Veterans United grew from a startup founded in Columbia into Boone County’s largest private employer,” said Columbia Mayor Brian Treece. “VU is a testament to what can be accomplished with a great idea, great talent and an environment where entrepreneurs can thrive.”

Not only is VU growing its headquarters, it’s also expanding its operations in the state with two additional offices in St. Louis and Jefferson City. VU recognized the cities’ abundant and skilled workforce and affordable real estate. In total, VU is adding hundreds of new jobs to Missouri’s financial services sector — an industry that has seen significant growth in the state since COVID-19 hit the U.S.

“During this pandemic, it’s been so refreshing to see companies like Veterans United expand and grow their workforce in Missouri,” said Subash Alias, CEO of Missouri Partnership. “It’s a real vote of confidence in our state that they chose to remain in Missouri and grow here.” 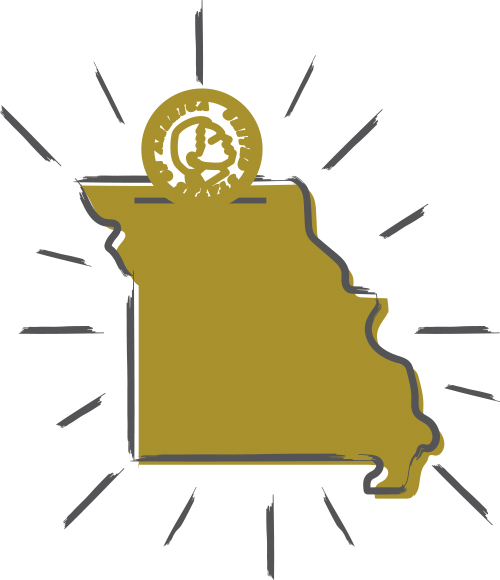 In July, Chewy, Inc. an online pet supply company, announced it would open a new 800,000-sq.-ft. e-commerce fulfillment center at NorthPoint Development’s Southview Commerce Center in Belton, just east of Kansas City. The fulfillment center will be one of the largest in the company’s network by square footage and will create more than 1,200 new jobs in the region. The online retailer was founded in 2011 and now operates out of 15 locations across the country.

The National Geospatial-Intelligence Agency (NGA) chose St. Louis for its $1.75 billion headquarters in 2016 and broke ground on the new construction in November 2019. The Missouri Technology Corporation (MTC) and the NGA now have entered into a formal agreement to create stronger connections among the agency, Missouri’s thriving startup community and the state’s higher education institutions. The partnership — a first for both NGA and MTC — will allow small businesses and educational institutions to license NGA’s intellectual property.

“Our goal with this partnership is to streamline access to groundbreaking geospatial intellectual property for Missouri’s entrepreneurs and academic institutions in a way that will help expand Missouri’s thriving innovation economy,” MTC Chairman Jason Hall said. “We are excited to better serve NGA, Missouri entrepreneurs and our universities with this big step forward, and we appreciate the confidence NGA has placed in MTC and the state of Missouri.”

NGA anticipates employing over 3,000 people at the new headquarters. Located on the corner of Jefferson and Cass avenues, the site on the historically disenfranchised north side of St. Louis is scheduled to be open and be fully operational by 2025. The new site in north St. Louis will replace NGA’s current facility in south St. Louis, which dates back to the 1840s. Officials are still determining the best way forward for that current campus, which is owned by the U.S. Air Force.

In addition to serving as a statewide connector for Missouri’s innovation community, MTC makes direct investments in Missouri startups and supports infrastructure that supports Missouri entrepreneurs and small businesses. MTC has deployed $48 million in funding to 126 innovative startup companies through its IDEA Fund, helping those startups raise over $600 million in additional private capital. MTC has also partnered with 60 non-profit organizations in communities across the state, investing $29 million in infrastructure to serve thousands of additional small business clients.

“We are pleased that the NGA is expanding its footprint in Missouri through this partnership with MTC,” Missouri Governor Mike Parson said. “The agreement provides Missouri small businesses invaluable access to cutting-edge technology that will enhance innovation and help move Missouri’s economy forward.”

“The new campus will be a secure, flexible, cutting-edge intelligence facility that will put NGA in the heart of St. Louis’ growing geospatial ecosystem and help NGA take advantage of its biggest strengths, its people and partners,” said NGA Director Vice Admiral Robert Sharp at the new site’s groundbreaking. “NGA has been proud to call St. Louis home for the past 70 years. I’m excited to see what NGA’s people and partners in the St. Louis region can accomplish together for the next 70.”