The road to riding out the COVID recession leads beyond the Strip. 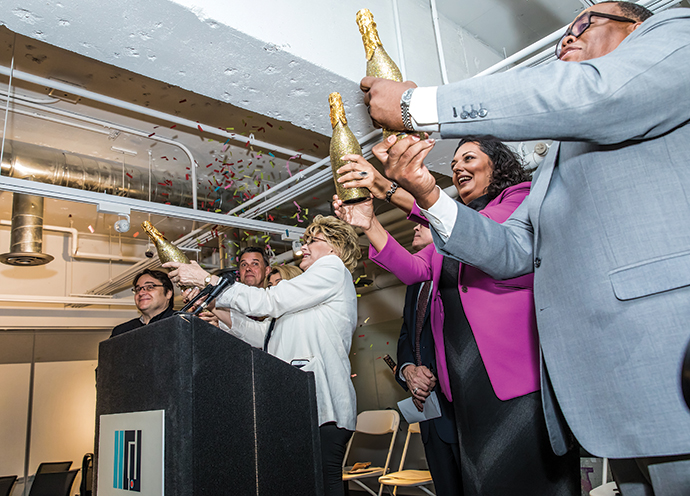 Not for the first time, a nationwide economic downturn has struck at the heart of Las Vegas. As the COVID-19 pandemic took hold in the spring, an ominous pall engulfed traditionally buzzing Vegas casinos. The annual influx of some 42 million tourists whose dollars support roughly one-third of the local economy slowed to a trickle.

Despite an early summer rebound, June convention attendance registered zero, according to the Las Vegas Convention and Visitors Authority. June visitor volume rose to a paltry 1 million, down 70% from 2019. At usually bustling McCarron International Airport, June arrivals clawed their way back to 25% of what’s typical.

To its credit, Las Vegas has absorbed lessons from the century’s earlier economic shocks, namely 9/11 and the Great Recession of 2008 and beyond, during which the city became the nation’s sad poster child for real estate foreclosures.

“We’ve made great strides with regards to economic development and diversification,” asserted Jeremy Aguero, one of the region’s top economic experts, at an annual business forum held remotely in late July.

Aguero, principal analyst at Las Vegas-based Applied Analysis, expanded on the theme while speaking with Site Selection in August.

“If you look at the number of jobs that have been created outside the leisure and hospitality industry since the Great Recession, it’s pretty impressive,” he says. Aguero appoints to growth in sectors related to technology, advanced manufacturing, business and financial services and health care, the latter exemplified by the Las Vegas Medical District, which now occupies some 675 acres (275 hectares) downtown.

Recent returns from the diversification strategy include a $600 million Google data center in suburban Henderson and another expansion of the massive Switch data center that will increase the home-grown company’s core campus to 4.6 million sq. ft. (425,000 sq. m.). Other notable recent expansions include those launched by Haas Automation (machine tools), Geotab (software as a service), GreenBroz (cannabis harvesting technology), VadaTech (computer support and services) and Aircraft Hinge (aircraft parts manufacturing).

Credit Where Credit is Due

For the collective push toward a more diversified economy, Aguero heaps praise on former Governor Brian Sandoval and Steve Hill, the inaugural executive director of the Governor’s Office of Economic Development (GOED), created in 2011.

“The whole strategy changed during the Great Recession,” he says. “The creation of the Office of Economic Development really altered the path of economic development and diversification.” 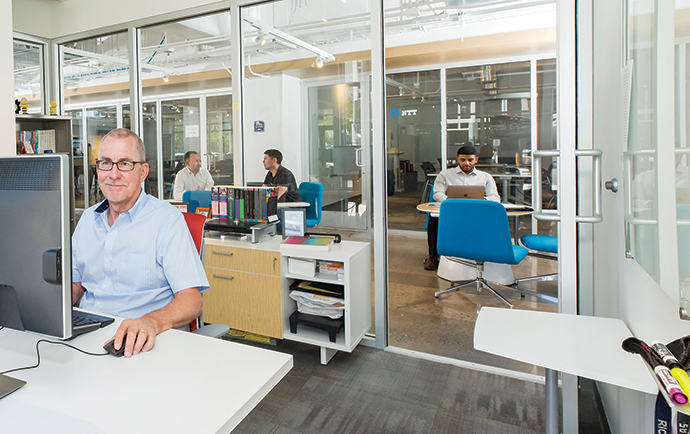 At GOED, Hill launched a far-reaching workforce development campaign and brought businesses such as Tesla, Apple, Solar City, Barclaycard, Amazon and Hyperloop One to Nevada. In 2012, Nevada became the first state to authorize autonomous vehicle testing on public streets, which would lead Ireland-based automotive supplier Aptiv to establish its Las Vegas Customer Technology Center, now home to its largest fleet of self-driving vehicles. The Aptiv fleet has given over 100,000 rides. The Center employs more than 700 people.

“Sandoval and Hill tried to make Nevada as open and accommodating as possible to economic development,” says Aguero. “They tried to find a way to ‘yes.’ A lot of states didn’t want autonomous vehicle testing. They said ‘yes.’ They found ways to help Tesla come in, to help Apple come in, to get the Raiders to relocate. They found ways to make it work.”

Technology to the Fore

In September 2019, Las Vegas opened its International Innovation Center (pictured), an 11,000-sq.- ft. (1,020-sq.-m.) hub for established and emerging companies developing smart technologies. The Center resides in the heart of the Las Vegas Innovation District, established in 2016 as a collaboration between the city and its growing roster of technology partners.

“The city’s evolution into a smart city will leverage technologies to enhance city operations and services, with a focus on improving the quality of life for all of our citizens, visitors and businesses,” said Mayor Carolyn Goodman after popping the cork off a champagne bottle at the Innovation Center’s grand opening.

With tenants that include cybersecurity company SonicWall, Japanese data giant NTT and Ubicquia, a smart city solutions firm based in Florida, the Innovation Center filled to capacity within months, leading the city to open a satellite location.

Tech startup Terbine, which calls itself “the world’s largest system of IoT (Internet of Things) data feeds,” took up residence in the Innovation Center after fleeing Silicon Valley. CEO David Knight told the Las Vegas Sun: “I haven’t met a mid-sized city that has such an incredible impetus to become a tech center. We’re all in on Las Vegas.”

The city’s progress toward diversification, however, can’t obscure the fact that the COVID-19 pandemic has delivered another gut punch that’s landed with inordinate force relative to the rest of the country.

“Las Vegas has proven itself to be resourceful and resilient through any number of economic downturns,” says Aguero. “There’s no time for ‘woe is me.’ We’ve weathered storms before and we will weather this one. That having been said, this may be the most formidable storm yet.”