The E-Commerce Capital of America

How Amazon and other online sellers transformed a county in Southern California. 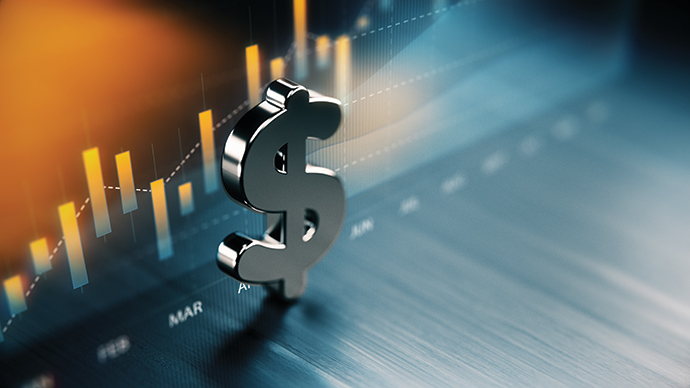 Did you order something from Amazon this week? If so, chances are good that whatever you ordered passed through the global logistics hub of San Bernardino County, California.

Arguably the e-commerce fulfillment center capital of North America, San Bernardino County is now, and has been for some time, one of the hottest industrial real estate markets in the country. 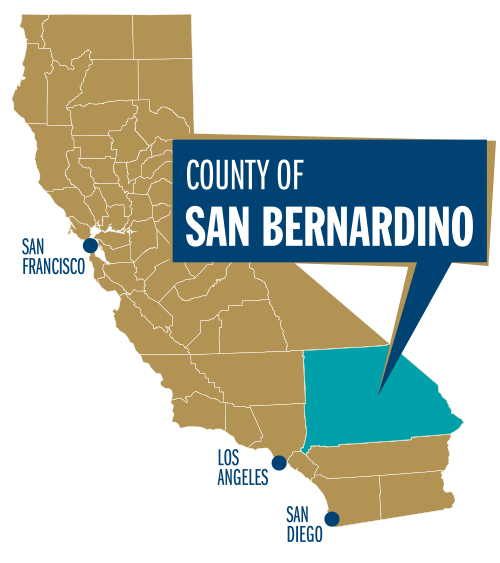 How hot? Consider this: The Inland Empire, comprised of San Bernardino and Riverside counties in Southern California, has experienced 43 consecutive quarters of growth and positive absorption in industrial real estate. That’s more than a decade of non-stop expansion.

Greg Healy, senior vice president of supply chain solutions and workforce analytics for Colliers International, says that the new world of COVID-19 is only driving up demand for logistics space, and nowhere is that demand greater than in inland Southern California.

Located within a short truck drive of the Ports of Los Angeles and Long Beach, this market is booming with warehouses and other industrial properties that serve the needs of e-commerce companies, says Healy. “People are ordering more things online, and those goods probably come from the Inland Empire,” he says. “Even during the height of the pandemic, we had positive absorption of industrial space in the second quarter. This market is well positioned for e-commerce. We’ve been hit less than other markets because we’re oriented more toward industrial retail.”

Healy says the market is still ripe for development due to several factors. “Proximity to the second largest population center in the U.S. is the driver,” he notes. “Land is available. Labor is available. There is great infrastructure both inbound from the ports and Mexico and outbound by rail. The confluence of essential transportation infrastructure is here. Those are the main drivers that will keep this market hot.”

Who’s benefiting from this? An easier question might be to ask, who’s not? Walmart, Amazon, Target, Wayfair, Costco, UPS, FedEx, Kohl’s, Mattel and other large users have expanded in San Bernardino County, and many are still looking for more space.

As more Americans turn to online channels to shop, e-commerce’s appetite for industrial space grows. “Amazon took down 21 million sq. ft. of industrial space nationwide in the second quarter of 2020,” says Healy. “That’s roughly one-fifth of all new absorption in the country. Beyond Amazon, we’re seeing interest in new space from Home Depot and Lowe’s. These companies are gambling on the bet that we have shifted our consumer habits. Home Depot is now a major online platform. They have the name recognition and the eyeballs. The trend toward e-commerce is not going to turn around. This is a transformational change in the way we do business.”

Transformational is the operative word. At the San Bernardino International Airport, the biggest industrial project of all is about to take hold.

The Amazon Air Regional Hub is the latest chapter in the AllianceCalifornia portfolio, and it is a game-changer for the airport, says Michael Burrows, executive director of the Inland Valley Development Agency Board and San Bernardino International Airport Authority Commission. AllianceCalifornia is a 2,000-acre master-planned project of Hillwood, a Perot Company. 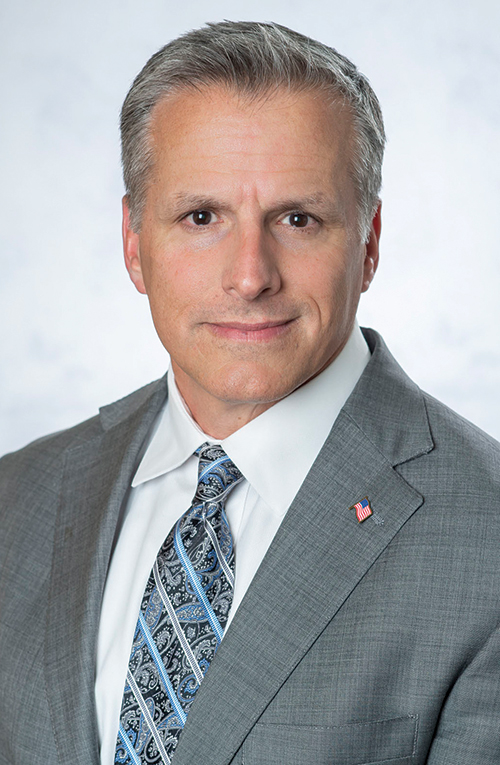 “I do business all across the U.S., and this is the most pro-business county I have ever worked with. When you come across a good project idea, they listen to you.”
— John Magness, Senior Vice President, Hillwood

“This new Amazon Air hub will have over 3,800 aviation personnel and 26 daily flights,” says Burrows. “This project is a long-term air cargo lease and is 100% privately financed. Functionally, this is designed to support Southern California’s supply-chain solutions, and it will bring in revenue for a long time.”

A base reuse airport, San Bernardino International is just scratching the surface of its air cargo potential, says Burrows. “With advance planning and a whole lot of patience, we are seeing a lot of early investment,” he notes. “Air cargo has been part of our DNA from the beginning. We initially started with aircraft maintenance. We’re extremely proud to bring air cargo back. Being partnered with the county is a great advantage. Construction has not stopped. We started building this new air cargo hub in late December and it shifted into full gear in January.”

Amazon’s selection of San Bernardino International was a logical choice, according to Burrows. “We’ve been the fastest-growing air cargo airport in the U.S. the last four years. Air cargo is what we’re known for. We have great companies in UPS, FedEx and Amazon Air, the three largest air shippers in the country. Third-party suppliers work with these companies and look for space in the immediate area. We coordinate that search with a number of commercial developers. Even in these troubled times, we’re continuing to see more interest.”

So is Hillwood, the developer of mega-park AllianceCalifornia. Formerly the Norton Air Force Base, Alliance was established in 2002 as a public-private partnership and has since attracted $1.068 billion in private investment. With more than 15 million sq. ft. of new development to date, Alliance has generated 12,000-plus jobs and $2.6 billion in economic impact.

John Magness, senior vice president and market leader for the U.S. West Coast Region for Hillwood, says labor is a major factor driving industrial growth in the area. “This region seemingly has an endless supply of good-quality labor,” says the former special operations officer and Desert Storm veteran who also flew combat missions in the Battle of the Black Sea in Mogadishu, Somalia, the conflict depicted in the movie and book, “Black Hawk Down.”

Magness has been working to grow the industrial footprint of the San Bernardino International Airport market since 2000. “Mike Burrows and I have been working on this airport together for two decades,” he says. “We signed our first contract there in 2000. We brought in FedEx, and we started to build industrial space on the other side of the airport. We’ve had a longstanding relationship with the Perot family and Fred Smith, founder, chairman and CEO of FedEx.”

The Amazon Air hub is a 1 million-sq.-ft. lease just off the airport about a quarter mile from the end of the runway. “When Amazon Air opens up in the first quarter of 2021, we will have the potential to double the industrial space for end-users at this airport,” says Magness. “There is 14 million sq. ft. of space around the airport now. I do business all across the U.S., and this is the most pro-business county I have ever worked with. When you come across a good project idea, they listen to you. They are pro-business and pro-development.”