Automotive, Steel and Other Sectors Pave this Region's Road to Recovery 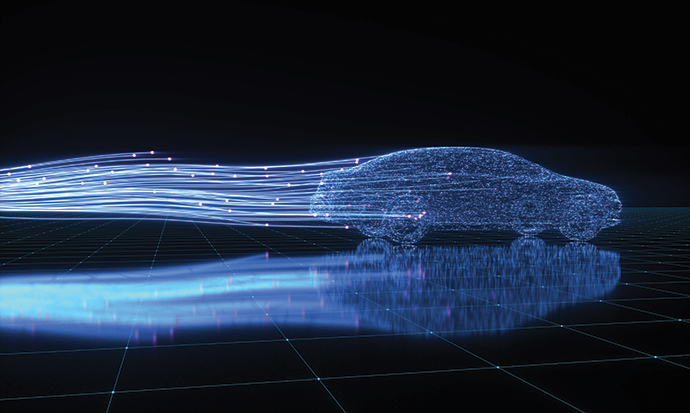 What pandemic? Facility investment might be on hold in some locations as companies rethink their property portfolios and supply chains. But it’s hard to find evidence of that in the Southeast. More than $1.4 billion in capital investment has been announced — in Alabama alone. Just in August. Plenty more projects are getting underway elsewhere in the region.

Mazda Toyota Manufacturing (MTM), the joint venture between automakers Mazda Motor Corp. and Toyota Motor Corp., plans to make an additional $830 million investment in Alabama to incorporate new cutting-edge manufacturing technologies to its production lines and provide enhanced training to its workforce of up to 4,000 employees in Huntsville. That’s in addition to the $1.6 billion originally announced in 2018. The new facility will have the capacity to produce up to 150,000 units of a future Mazda crossover model and up to 150,000 units of the Toyota SUV each year.

On August 12th, a $500 million electric arc furnace was announced at the AM/NS Calvert Mill in Mobile County that expected to add 300 jobs and a major new capability for the former ThyssenKrupp plant. ArcelorMittal, which now operates the facility in a partnership with Nippon Steel Corp., says the electric arc furnace, or EAF, will be capable of producing 1.5 million metric tons of steel annually. That’s enough to build 214 Eiffel Towers and get more than a quarter of the way complete on another one. Most importantly, it will allow the mill to produce slabs of steel on site. Currently, those slabs are imported from Brazil.

“We chose Gallatin because of its terrific infrastructure, talented workforce and the spirit of partnership the community offered.”
—Rachel Peterson, Facebook’s Vice President of Data Center Strategy

“An electric arc furnace at Calvert makes strategic sense as it allows our asset to be more reactive to the local market as well as being in line with the USMCA,” said Lakshmi Mittal, chairman and CEO of ArcelorMittal. The U.S.-Mexico-Canada Agreement, or USMCA, calls for more future automotive steel used in the U.S. to be produced in North America. The EAF is expected to take two years to complete and will create more than 500 on-site construction jobs.

Also in August, DURA Automotive Systems, based in Auburn Hills, Michigan, announced the official groundbreaking of a state-of-the-art manufacturing facility in Muscle Shoals. The latest addition to a family of 31 worldwide sites will be home to DURA’s first lightweight structures manufacturing facility in North America. Construction of the new facility is planned for completion by April 2021.

The state-of-the-art manufacturing site will house advanced robotics, along with proprietary forming and joining technologies to create lightweight structures including those used for electric vehicle battery systems. Investment in the new site is estimated to be $75 million. The 200,000 sq. ft. facility is projected to employ 279 full time workers at peak production.

Elsewhere in the Southeast, Ashley Furniture Industries, Inc. is expanding operations at its facilities in Verona and Saltillo, Mississippi. The expansions represent a combined corporate investment of $22 million and will create a total of 130 jobs across the two facilities. In Verona, Ashley’s investment of $13 million will include a building addition and new equipment to support its furniture and bedding locations across North Mississippi. The company will add 30 new jobs there. In Saltillo, Ashley will be upgrading the facility and adding new equipment to support the expansion of its bedding products and mattresses. The company is investing $9 million and adding 100 jobs in Saltillo.

“Ashley Furniture has been doing business in the state of Mississippi for more than two decades, and we look forward to continuing to expand our company footprint here,” said Ashley Furniture Industries, Inc. President and CEO Todd Wanek. “Our vision is to be the best furniture company. With over 3,000 skilled employees, we know we are well prepared to grow our brand.”

In Tennessee, Facebook officials announced in August that it will invest $800 million to build a new data center in Gallatin. Once operational, the project is estimated to support approximately 100 jobs and will have more than 1,100 construction workers on site at peak. The data center will support a variety of positions and job types, from technical operations and electricians to logistics staff, security and more. Construction has just begun on the 982,000-sq.-ft. facility.

“We chose Gallatin because of its terrific infrastructure, talented workforce, and the spirit of partnership the community offered,” said Rachel Peterson, Facebook’s vice president of data center strategy. “This technology is actually what makes Facebook work, allowing people around the world to connect to each other. We are thrilled to be joining the Gallatin community.”