How Kiwis Will Avoid Traffic Jams 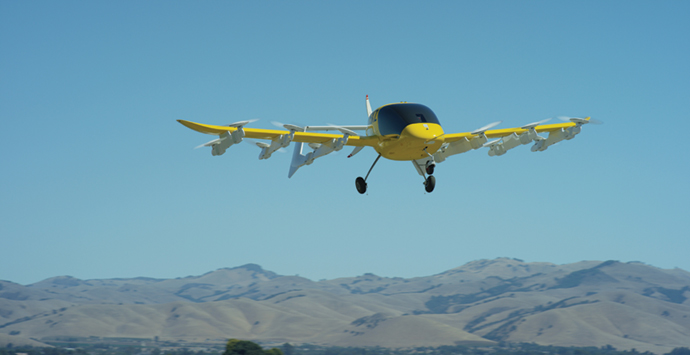 Wisk’s Cora is an all-electric, self-flying aircraft that takes off like a helicopter and flies like a plane.
Photo courtesy of Wisk
by ADAM BRUNS

Wisk, an urban air mobility joint venture of Boeing and Kitty Hawk Corporation based in the U.S. and New Zealand, is working with Boeing and NASA, among others, on the world’s first all-electric, self-flying air taxi. It’s an EV that’s also a UAV, or technically an eVTOL (electric vertical takeoff and landing) air taxi.

Testing has been underway since 2010. In February 2020, Wisk reached an agreement with the New Zealand Government to establish a passenger transport trial in the Canterbury region of the South Island using an aircraft named Cora. Designed for two passengers, Cora will fly about 1,500 feet aloft at about 100 miles per hour (160 kilometers per hour) with an initial range of up to 25 miles or 40 kilometers.

Why Canterbury? Its largest city, Christchurch, is home to a growing aerospace industry cluster. November 2019 analysis by Deloitte Access Economics, called the Christchurch Aerospace Sector Plan, puts it this way:

“Christchurch has a highly connected and willing aerospace community, which is due in part to the city’s small size. A strong network of space lawyers, space entrepreneurs, aerospace companies, and government organizations means there is a convergence of thinking that spans tertiary institutions, private sector companies, subject matter experts, entrepreneurs and investors.

“Christchurch also has a demonstrated record of accomplishment in international aerospace initiatives. 2019 will mark the seventh year that NASA’s Stratospheric Observatory for Infrared Astronomy (SOFIA) has run its winter stargazing mission from Christchurch, which is estimated to add at least $5 million to the Christchurch economy per year.”

The Right Spot for UAV Trials

In October 2019, the New Zealand Government announced it was establishing an industry-wide Airspace Integration Trial to work with leading, innovative domestic and international industry partners to safely test and demonstrate unmanned aircraft. Wisk is the first industry partner to join the program.

“The city’s strong tertiary and research eco-system alongside the connectivity to the rest of the world, with an international seaport and airport, makes Christchurch attractive for trialing new technology,” said New Zealand Research, Science and Innovation Minister Megan Woods last February. “This trial is the first of its kind, and Wisk’s innovative technology and commitment to New Zealand make them an ideal partner for advancing the future of travel in New Zealand and the world.

“As well as the economic and social benefits the growth of this industry offers, we also share Wisk’s vision of a greener, emission-free way for Kiwis and visitors to New Zealand to get around,” she added. “Enabling the emergence of an entirely electric air taxi service is a natural fit with New Zealand’s zero carbon goal by 2050.”