Not Waiting For the World to Change

FCR Pivots to Diversity and Remote Work in One Fell Swoop 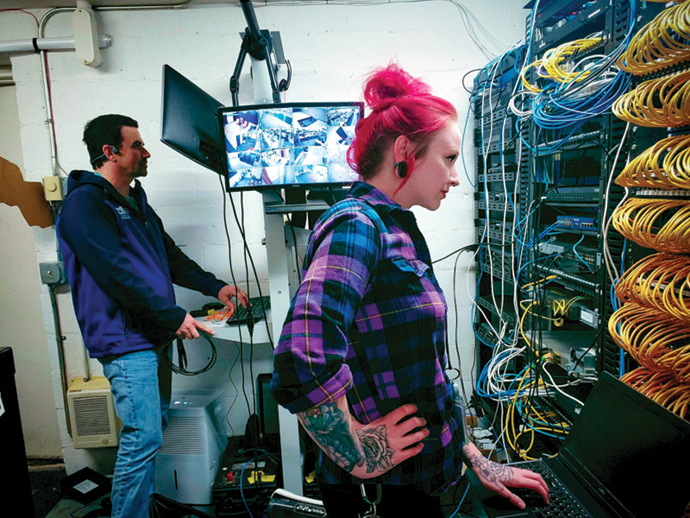 Oregon-based BPO firm FCR’s pivot to a work-from-home scenario in spring 2020 required a bit of rewiring. Then the firm found itself growing faster than ever before.
Photo courtesy of FCR
by Adam Bruns

Sprung from the lush forests of Oregon just 15 years ago, a different breed of outsourcer has found small town America to be a vital talent resource.

FCR (derived from First Call Response) got its start in the legacy timber town of Roseburg, a community of 21,000 that today is home to two FCR call centers and what the company calls its “Base Camp,” just 90 minutes from the Umpqua National Forest, Crater Lake, the Oregon Coast and the city of Eugene, where FCR operates another center. It’s hard to keep up with the flurry of company site openings in 2020 alone, but at last count, they were also operating or ramping up in Coos Bay, Veneta and Independence, Oregon; Great Falls, Helena and Butte, Montana; Idaho Falls, Idaho; Casper and Laramie, Wyoming; Seattle, Washington (a sales office); Tijuana, Mexico; and Lublin, Poland. Most of the sites are opening up with plans for between 200 and 300 positions. And more are on the way.

The company, which currently supports more than 80 clients with an overall staff of more than 2,700, has described its locations as “tucked away in small to mid-sized towns that are full of hard working, unique people, and surrounded by an abundance of beauty.” Now, in response to the national conversation about racial and socio-economic inequality, it’s broadened and deepened that description to encompass the beauty of equity. The company committed itself to stronger diversity efforts. Hiring directly for work-from-home (WFH) positions as the pandemic spread helped make that goal attainable in the short term. Instead of bucolic backwoods spots, FCR chose to locate two new centers in Romulus and Southfield in the Greater Detroit metro area (see p. 39). 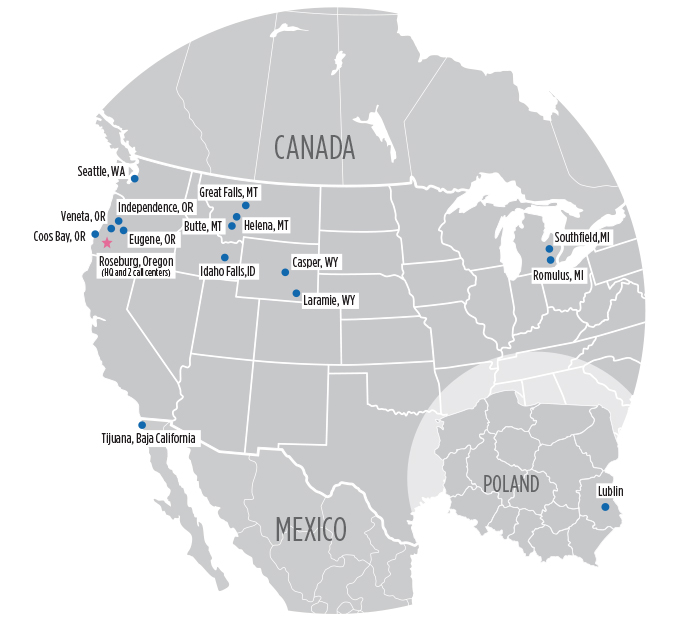 FCR’s growing list of BPO and call center locations includes an operation in Lublin, Poland, and another in Tijuana, Mexico.

“We decided that instead of waiting for diversity to change within our existing communities, we would proactively expand into communities where diversity already existed, and specifically where there are communities of color,” FCR President and Co-founder Matthew Achak said. “There are economic and demographic conditions in those communities that mirror what we see in Oregon, Montana and Idaho. We are confident we can replicate the success we’ve had over the past 15 years in places like Romulus and now Southfield.”

In an interview from his Seattle home base, Achak says the double threads of going remote and going diverse enabled a recalibration from considering locations in small towns to examining opportunities in under-appreciated towns — places with “incredible potential” that can be passed by due to pre-conceived notions.

“Usually that means they’re missing something in the big picture,” he says. So his team did a deeper dive, finding that reframing the picture allows the company to simultaneously address diversity and, because of work-from-home, streamline and ramp up more quickly. Now FCR is looking at more states with towns “that are very untapped,” he says.

Announcements to come in early 2021 will include establishing a foothold on the East Coast, and adding more depot locations from which staff ship and receive laptops, workstations and other equipment. The expanding roster of locations is also offering his employees expanding opportunities if they want to try living and working in another FCR town.

Achak describes his company as an outlier among outsourcers.

“Most BPOs show up, extract as many bonuses and economic concessions as they can, and then they leave,” he says, giving the industry a bad name and leaving an empty building in the process. “When we go into a community, we don’t leave it. We’ve never left a town we’ve entered. Every single community we’ve located in we’re still in today. 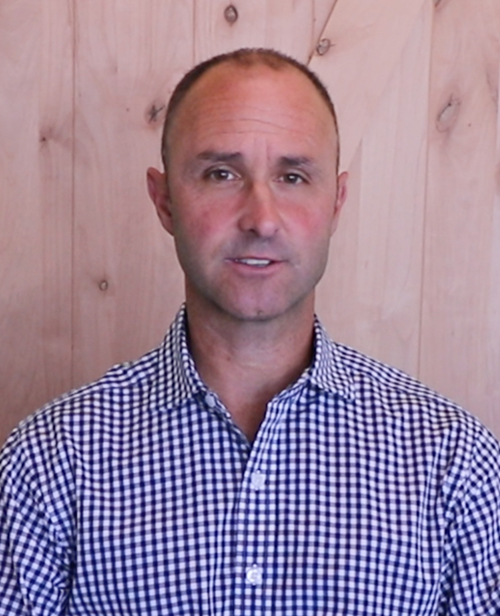 “We’re very community-focused,” he continues, with a penchant for overlooked, underdog locations. There are thousands of these communities across the U.S., and selfishly, I’d like to put a facility in every one of them.”

There’s only so much on company can do, however. For now FCR will aim for at least one more state next year. But don’t underestimate the intangible effects of fun and opportunity on BPO culture.

“Nothing excites me more than our model right now,” he says, “and the potential for what we can do in the U.S. and globally.”