Locations Roll Out the Red Carpet for Netflix Investment 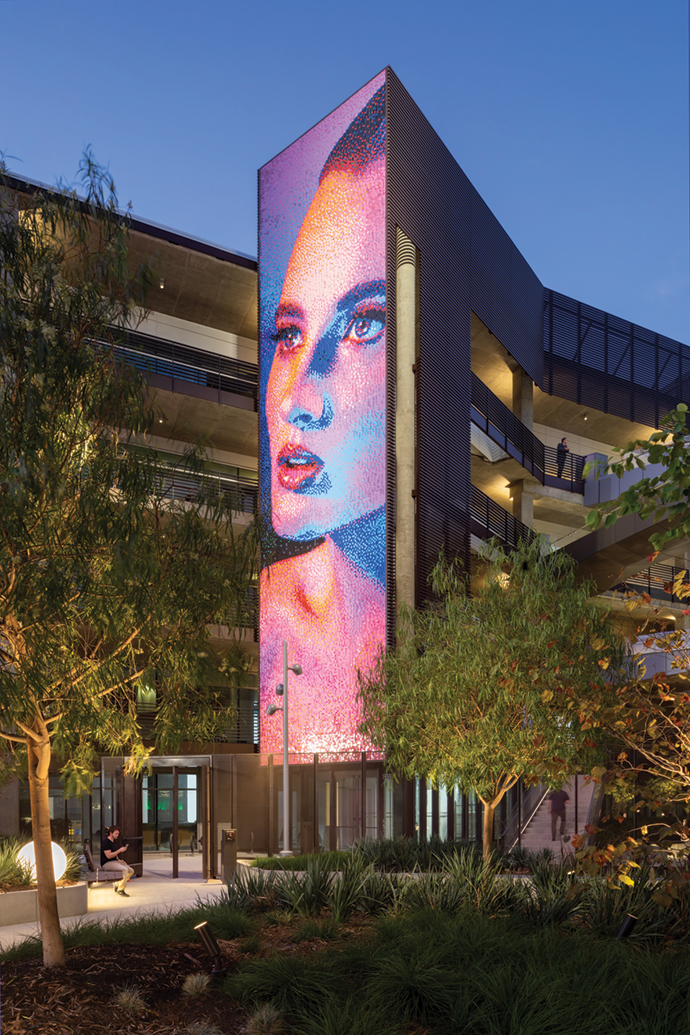 The U.S. film and television industry supports 2.5 million jobs, pays out $181 billion in total wages and comprises more than 93,000 businesses, according to the Motion Picture Association. Entertainment may be a replication of real life, but its production supports actual livelihoods across a range of professions from actor and director to “below-the-line” jobs like boom operator, gaffer or intimacy coordinator to outside jobs like caterers.

Some economic developers might still shun the sector as non-primary industry or not real or permanent enough for wooing with incentives. Woe unto them, as others swoop in to steal the scene.

The chief quarry today? Netflix, which seems to be opening new outposts at nearly the rate it produces new films and shows.

The streaming service recently unveiled its new Netflix on Vine office campus in Hollywood, where top billing goes to a unique piece of public art called SPECTRUM, an all-metal, photographic sequin mosaic standing five stories tall depicting a kinetic portrait of a woman that is composed of 39,000 powder-coated stainless steel sequins powered by the wind and sun.

On Vine is a 600,000-sq.-ft. mixed-use, creative urban campus filling a complete city block that is being developed by Kilroy Realty Corp. The project’s office space — around 355,000 sq. ft. in three buildings — is 100% leased by Netflix, with a residential tower called Jardine expected to begin pre-leasing in Q1 2021. Netflix tenant improvements are expected to be complete by the middle of the year.

“Netflix On Vine offers something that we don’t have at any other property,” Genoveva Carmona, Netflix’s senior manager of global workplace design, said at the unveiling of the public art in early December. “It will have more of a campus feel — the indoor-outdoor quality where anyone can sit and work, have a meeting, event or a party. In that sense, it’s very versatile.”

Just a few days after the event at On Vine, the Albuquerque City Council approved two ordinances related to city funding of a $7 million Local Economic Development Act (LEDA) grant and a $500 million Industrial Revenue Bond (IRB) to support a planned 1,000-job investment by Netflix at its ABQ Studios, which were just established in the region in 2018. The expansion will add 300 acres to the company’s existing space at ABQ in Albuquerque’s Mesa Del Sol area, said a release from the state, which is kicking in $17 million in LEDA funding and leasing 130 acres via the New Mexico Land Office. The IRB will partially abate property and other taxes over a 20-year term for the first $500 million investment by Netflix to build out the production facility.

“We’re building a transformative ‘new economy’ that will redefine our workforce and further establish Albuquerque as a global film hub,” said Albuquerque Mayor Tim Keller when the incentives were approved by the city council. “This deal will bring thousands of jobs for Burqueños and $2 billion dollars into our economy.”

All told, Netflix intends to invest more than $500 million in capital and another $1 billion in production spending over the next 10 years. About 30% of production spending will go into goods and services, of which 70%, or $210 million, will be spent with Albuquerque’s small businesses. Construction will include updates to the existing facility, a special effects warehouse, 10 sound stages, post-production facilities, office space, mill buildings, a backlot area, a training facility and wardrobe suites.

Since landing in Albuquerque in 2018, Netflix, which plans to invest $1.5 billion and create 1,000 new jobs with an expansion, has spent more than $200 million in New Mexico, utilized more than 2,000 production vendors and hired over 1,600 cast and crew members.

“New Mexico provides an outstanding production and business environment in close proximity to Los Angeles with some of the best crews and creative talent in the world,” Netflix Co-CEO Ted Sarandos said at the November announcement with Gov. Michelle Lujan Grisham. “The expansion will bring many new high-tech and production jobs to the region. It allows us to be more nimble in executing our production plans while cementing the status of the region as one of the leading production centers in North America.”

All the Warehouse Is a Stage

“Production space now is coming into its own in North America as an asset class recognized and pursued by institutional investors,” said Jeff Pion, a CBRE vice chairman in Los Angeles. “The recipe is enticing: Growing demand for content, limited availability of sound stages and rising rents for that space. 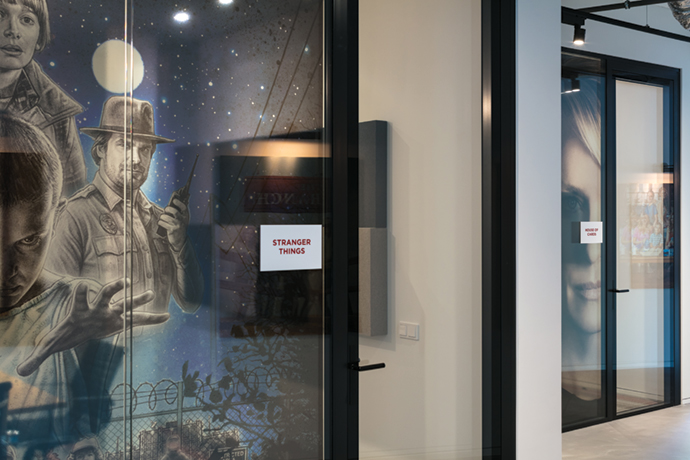 Amsterdam is the home of the EMEA headquarters for Netflix.
Photo courtesy of Netflix

“Demand for production space is so strong in leading markets that we’ve seen warehouses and other suitable properties converted to sound stages,” said David Todd, CBRE first vice president in Atlanta. “Many features needed for a sound stage — high ceilings and large unobstructed floorplates — are common to warehouses. Sound-proofing and suspended weight loads then can be added. In the Atlanta area, developers and studios now are building from the ground-up specifically for production on sites that were once parks, fairgrounds, a military base and an auto-assembly plant.”

But California still is holding its own, buoyed in part by its own incentives policy. Among recent California projects is the leasing by LA North Studios of 113,640 sq. ft. at The Center at Needham Ranch in Santa Clarita. 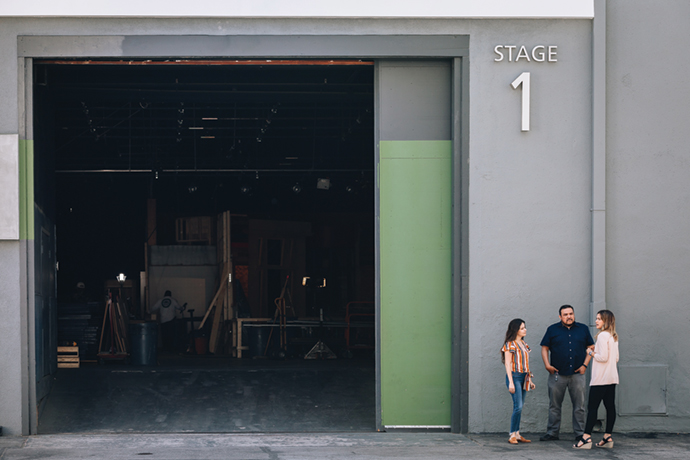 “The Santa Clarita Valley is located in the ‘Thirty Mile Zone’ and has a rich history in the film and entertainment industry,” said Holly Schroeder, president and CEO of the Santa Clarita Valley Economic Development Corporation. “Demand for sound stages is at an all time high as the industry rebounds after the COVID-19 shutdown, and the state-of-the-art industrial developments in the SCV are a natural fit.”

“All of our sound stages are fully committed,” said a statement from LA North Co-Founders Anthony Syracuse and John Prabhu, “and this expansion allows us to meet our clients’ needs today and into the future.”