How one California county equips workers with skills in technology and entrepreneurship. 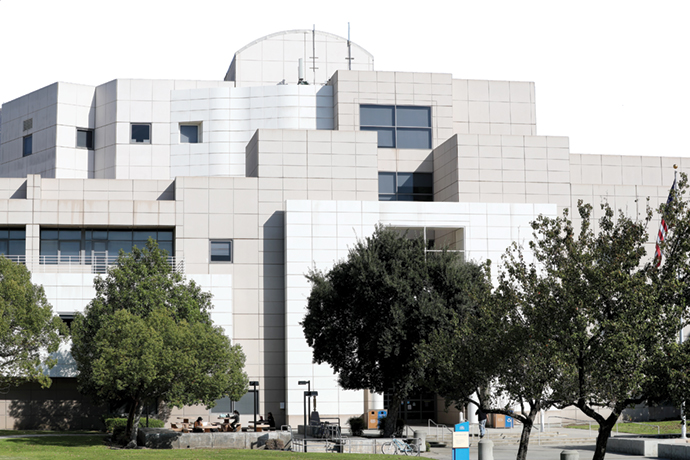 When furniture supplier Modway, Inc. needed to expand its West Coast distribution operation, the Hightstown, New Jersey–based company scoured the landscape of Southern California before finding the optimal site in Hesperia in the High Desert region of San Bernardino County.

The new 1 million-sq.-ft. build-to-suit industrial facility is being constructed on a 60-acre parcel in the 200-acre Hesperia Commerce Center One project at Interstate 15 and U.S. Route 395. The new plant is located about 40 miles from Modway’s existing distribution center in Fontana and marks a significant expansion.

“We are definitely looking forward to this move,” says Tuvya Greisman, CEO of Modway. “We can use the extra space. We are tripling the size of our space with this move.”

Modway will employ about 200 workers at the new plant once the firm takes occupancy sometime in late 2021. “We have 75 people now in Fontana,” says Greisman. “At the bigger site, we will eventually grow our workforce to around 200 employees. Our lease in Fontana is expiring in about a year, just in time for our relocation.” 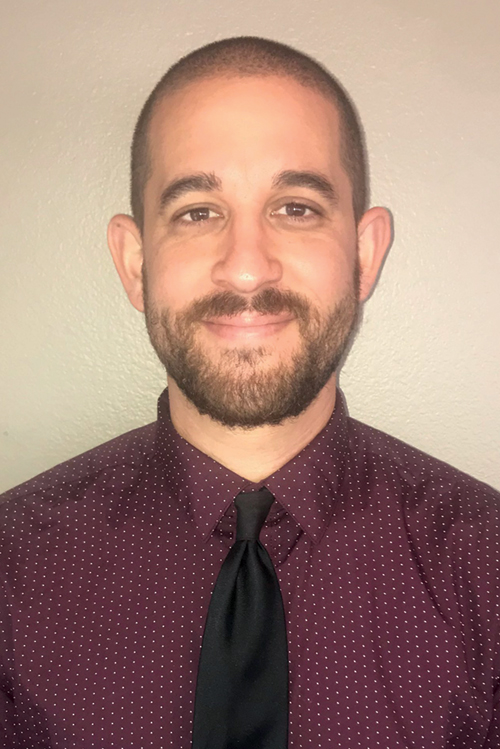 Greisman likes the fact that the area has a FedEx hub, and that his employees can find plenty of options for affordable housing — something that’s in short supply in other parts of California.

Greisman adds that “it is hard to find land in the Inland Empire anywhere else. We are seeing an explosion of business since COVID-19 with e-commerce driving demand. Sites are being eaten up right and left.”

Highway access was a differentiator, he notes. “It is right on I-15. We will have easy access to the interstate and can go straight to Vegas and direct to Los Angeles and Palm Springs,” he says. “And since we hire mostly warehouse labor, there is a market for that in the area. We should not have an issue with the labor pool.”

“It is hard to find land in the Inland Empire anywhere else. We are seeing an explosion of business since COVID-19 with ecommerce driving demand. Sites are being eaten up right and left.”
— Tuvya Greisman, CEO, Modway, Inc.

Modway supplies home and office furniture from its East and West Coast warehouses. COVID-19 fueled surging demand for furniture suppliers worldwide as state shutdown orders forced millions of people to remain largely homebound for many months. For example, if you walk into a furniture story today anywhere in the U.S., it can take six months to take delivery.

“The entire supply chain was disrupted when the global pandemic hit,” says Greisman. “It is hard to get a physical container on a ship now. We are experiencing that ourselves. That is making it hard to get things back in stock. Furniture factories around the world are at capacity and cannot accept any new orders. And even if they can produce it, you can’t get product on a ship now.”

A Training Oasis in the High Desert

“We partnered with the Chaffey College Tech Center in Fontana,” Castanos says. “Our success as a region rises or falls on entrepreneurship. It is about economic empowerment. It is a tool for wealth creation.” 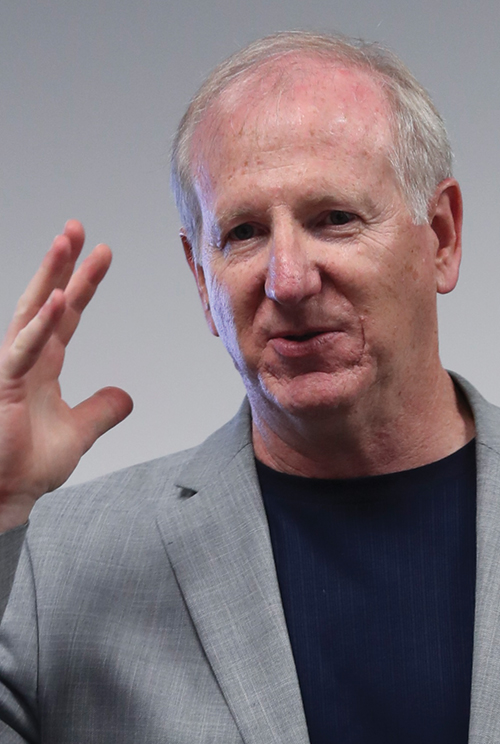 “Our success as a region rises or falls on entrepreneurship. It is about economic empowerment. It is a tool for wealth creation.”
— Mike Stull, Interim Director, School of Entrepreneurship, Cal State University-San Bernardino

Stirling Capital Investments (SCI) and Prologis, Inc. in 2019 entered into a 10-year agreement with Victor Valley College to donate an existing building at SCLA in Victorville for a 10-year term.

“We took over the building and set up five large classrooms. We have a lot of large lab space to grow into and a large conference room. We can start serving the training needs of local businesses immediately,” Castanos says.

Castanos notes that “we worked with Chaffey on mirroring their apprenticeship program and their curriculum. We have five apprentice programs now. We are training incumbent workers, and we upskill workers. We started in July of 2020. We’ve served about 40 people so far.”

One of the training center’s success stories is General Atomics, a defense and diversified technologies company. “We have an apprenticeship program with them for electronics training,” says Castanos. “We connected with them and learned that they had a gap in their workforce. They knew they were going to need more technicians. We received a grant for that. We partnered with San Bernardino County Workforce Development. They help with the initial recruiting into the program. If apprentices are selected, they’re hired by General Atomics full-time and they start at $20 an hour. Every couple of months, they receive a bump in their pay, and they get to $30 an hour by the end of the two-year program.” 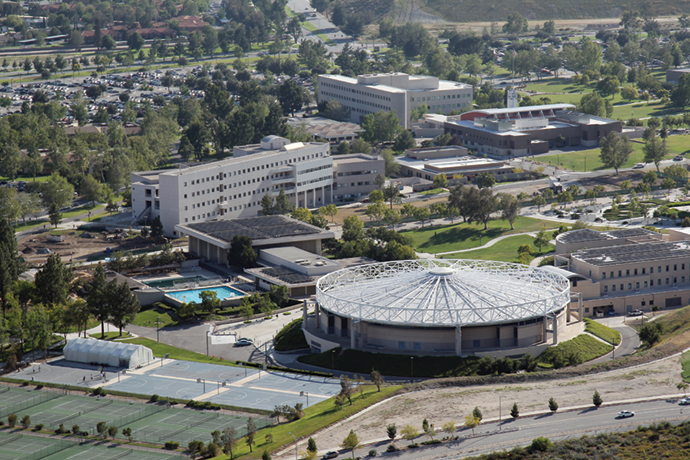 A bonus for these students is that they earn a college and state-recognized certificate for completing a curriculum of five credit courses. “It is called Earn While You Learn,” says Castanos. “They work at General Atomics and get on-the-job training. While they’re in classes, they’re being paid on the clock. They basically get to work right away. It is immediately relevant

to what they’re doing, and they’re hired as level-one technicians.”

Down the road in San Bernardino, a state university is taking the lead in equipping the workforce with additional skillsets. At California State University-San Bernardino, the new School of Entrepreneurship is the first of its kind in the Golden State.

Call it a startup for startups. Founded and led by interim director Dr. Michael Stull, who also serves as the director of the Inland Empire Center for Entrepreneurship (IECE), the new school is part of the Jack H. Brown College of Business & Public Administration at CSUSB.

“I joined the university nearly two decades ago and taught the very first class in entrepreneurship here in 2001,” says Stull. “We had maybe 10 to 12 students then. Over the last 19 years, the program has grown. We had 267 students at the start of the fall 2020 semester representing many different academic programs.”

Competing to Be Best in Brand

Stull says the goal of the new School of Entrepreneurship is to “be a destination for faculty and students. We want to go beyond the local talent pool and make this a place where people will want to come from other states. Our goal is to double the size of the program in five years.”

Stull says the program is not just for entrepreneurs looking to launch startups. It’s also a place where companies can send their more entrepreneurial employees.

“Our students will bring their own ideas to your company,” says Stull. “For example, we do a fast pitch competition with Garner Holt Productions. He is developing Garner’s Garage — a community-focused makers’ space.”

Garner Holt Productions is a well-known animatronics manufacturing company based in Redlands. Stull and his students have collaborated with Garner Holt, the company’s founder and chief executive, since 2007. 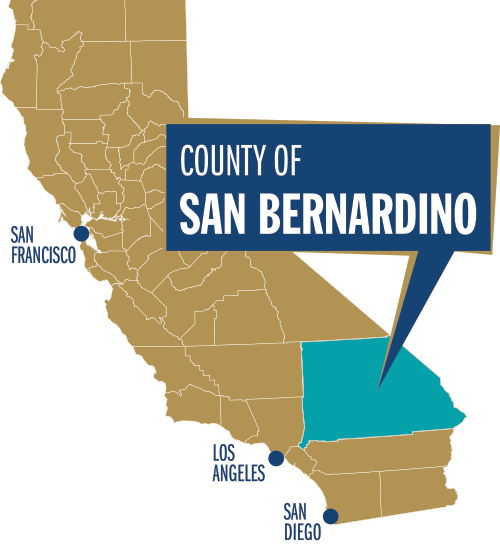 The local business community lends “great support” to the school, says Stull. “This is a 20-year program. It has reached adulthood. We teach a mindset, and you can apply that in any setting. We teach around 13 primary competencies. They are all measurable. This is also a highly experiential program. Here, you learn by doing. A good example is our fast pitch competition. You do it in real time under pressure before investors.”

“One of my former students started a marketing firm,” says Stull. “He called me from his new car that he had bought after he made his first million. He thanked me for helping make that success possible. Another former student graduated and went to work for a large corporation. Within six years, he was the region director overseeing 110 retail locations in Southern California and Nevada.”

The No. 1 mantra at the school, Stull adds, is to “think like an owner. You learn to go beyond the corporate direction. This is not just about startups. It is about innovation. It is about carrying this mindset into any endeavor you undertake.”

Stull says his next mission is to spread this mindset to students in junior high and high school.

“Our success as a region rises or falls on entrepreneurship,” he says. “It is about economic empowerment. It is a tool for wealth creation. If we can get more young people engaged in creating new ventures early on, this can become a pathway to economic growth.”

This Investment Profile was prepared under the auspices of San Bernardino County government. For more information, contact the county Economic Development Department at 909-387-4700.On the web, go to www.SelectSBCounty.com.