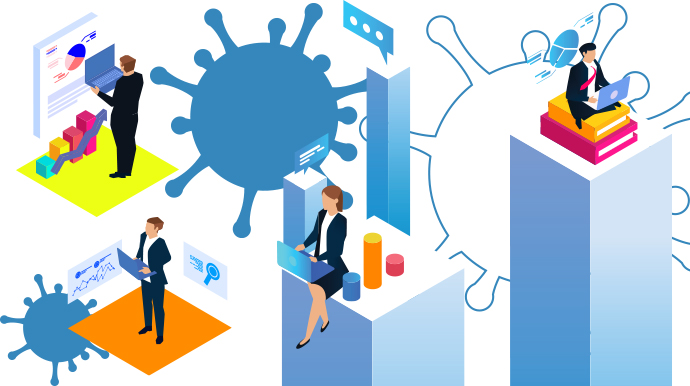 Instead of people chasing jobs, jobs are now chasing people.

Remember the good old days when everyone checked into the central office each workday and reported for duty? Yeah, neither do we. When the pandemic hit America in early March, worksites around the country began shutting down and the shift to remote work was on.

In our survey in late 2020, we asked site consultants nationwide whether the trend toward more remote workers was affecting their clients’ site selection decisions. Some 83% of respondents said that this trend was having either some effect or significant effect on those decisions. Only 17% said the trend was having no effect.

One respondent offered this assessment: “Our clients have concluded that remote working works and will be a part of their facilities planning now and for the long term.”

Another consultant said there has been a “complete shift in thinking, with more satellite locations that are smaller and rethinking the enterprise under one roof.”

Another bluntly said, “There is no sense building new offices.”

As jobs chase workers wherever they are located, companies are realizing they no longer have to remain in large and costly city centers.

“The suburbs are making a strong comeback,” wrote one consultant, “especially in those states having their fiscal houses in order and able to provide an attractive quality of life to workers.”

Another respondent said, “Clients will also be redeploying to Tier 2 and Tier 3 metros,” while another said there will be a “consolidated office strategy because of satellite offices being used instead of large corporate locations.”

Another said those decisions will be influenced heavily by proximity to supply chains. “Companies will grow existing facilities and new facilities in key markets closer to supply-chain elements.”

If you thought the pendulum in 2020 was going to swing away from the Sun Belt and back toward northern locations, think again. We asked consultants, “Which states have done the most to improve their overall business climate in recent years?” Their responses tilted even more heavily toward the South than ever before.

Texas claimed the top spot once again with 12 votes, while North Carolina got nine and Florida received eight. Virginia checked in fourth with seven votes, followed by a four-way tie for fifth among Missouri, Ohio, South Carolina and Tennessee, which each received five votes.

Rounding out the top 10 states were Georgia, Indiana, Michigan and Utah, which all tied with four votes.

A total of 102 votes were cast in this category, and 67 were cast in favor of a Sun Belt state. That’s 66% of all votes cast. A number of notable states did not receive even a single vote. Among them were New York, California, Washington and Oregon.

Reshoring became a top priority in 2020.

“FDI is suffering,” wrote one consultant, while another noted that clients were “adding capacity to existing production facilities in the U.S.”

Another commented, “Regionalization of supply chains will call for more regional manufacturing plants.”

Yet another said, “Over-extended and risky supply chains in the pharma and medical devices sectors will result in a continuation of reshoring trends in those high-profile sectors.”

While high taxes and lack of qualified workers were once again cited by many respondents as the most common location deal-killers, the year of COVID-19 forced some other factors to the forefront. Among them were “onerous labor-management relations experiences,” “divisive, public and over-the-top opposition to financial incentives,” and “lack of ethics in community leadership.”

Also, a “failure to meet deadlines” and “community complacency” were new entries this time, reflecting a growing exasperation by site consultants with a lack of seriousness on the part of local elected officials.