Where Talent Is Migrating To — and From

For the last five years, Emsi has been tracking how communities are faring in their efforts to attract and develop talent. Our Talent Attraction Index equally weighs six metrics: migration, growth of jobs and skilled workers, regional competitiveness, job openings, and education attainment to rank each county and create our Talent Attraction Scorecard.

Data for this year’s Scorecard captures where communities stood just before the pandemic hit. Perhaps one of the most notable results is that talent attraction is mirroring broader migration trends. Chiefly, talent is being drawn out of major metros to midsize markets. Counties between 250,000 and 1million in population made up more than half of our top 100. Markets such as Denver, Boise, and Spokane continue to rise in the rankings. At the same time, major metros such as New York, Los Angeles, and Houston, which have seen population growth stagnate, are struggling to retain talent, ranking near the bottom of the Scorecard. 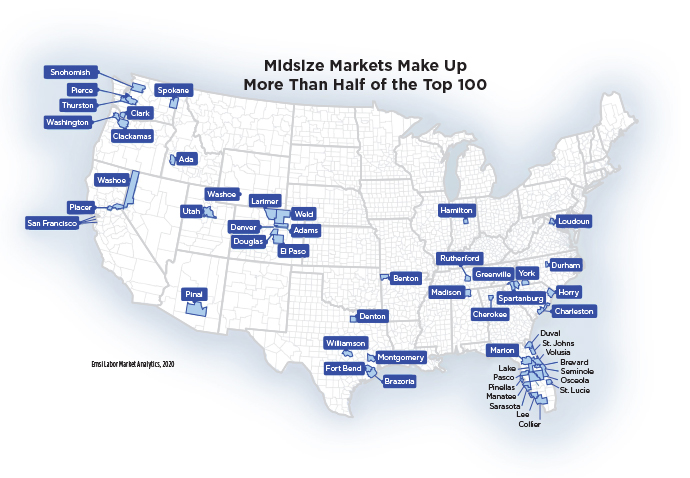 Fueled by the expansion of remote work, this trend appears to have accelerated in 2020. Various data sets — from USPS change-of-address applications to real estate platform user searches to moving truck rentals — reveal that people are seeking alternatives to major metros.

However, talent isn’t always moving far. Counties surrounding large metros like Seattle, Dallas and Houston are receiving talent from urban cores. Furthermore, certain states and regions are beginning to separate themselves in the competition for talent. Florida had 12 counties in the top 40, and Texas had four in the top 10. While companies move for many reasons, it should be noted that these states have both made headlines in recent weeks with companies announcing plans to move there.

As companies continue to compete for talent, 2020 could mark a major shift. It may no longer be about recruiting talent to you, but about you going to where the talent is. Increasingly, this is less likely to be the superstar cities of the early 2010s. As people seek more affordability and less stress (and due to the pandemic, less density), midsize markets provide the alternative they are seeking. Furthermore, remote work is giving many the opportunity to test run a new location and stay if they like it. 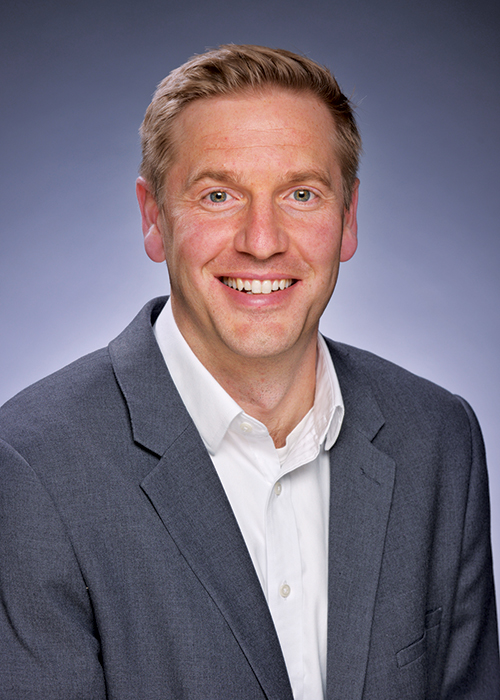