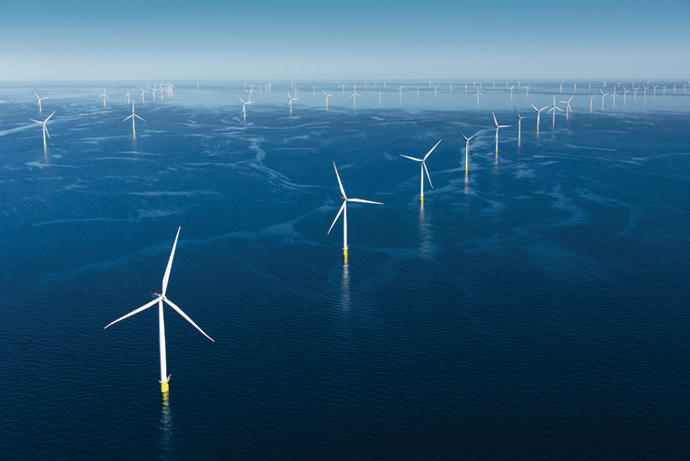 With the climate emergency ever present in the background of our consciousness, it is important that the global business community explore Europe’s early and widespread adoption of technologies generating renewable energy and reducing carbon emissions across the continent.

One of the primary reasons for that adoption is the dedication of the European Union to this objective. The EU has been pursuing large-scale adoption of renewable energy from its member states for decades, and by securing commitment to increasingly larger targets it has ensured that most EU countries are on course to meet or surpass the 2020 goal of 20% of all consumption coming from a renewable source. It will be interesting to observe the innovations coming out of the region in the next decade as countries strive to exceed their new aim of 32% by 2030. It will also be worth watching how this impacts the investment climate in the different countries within the EU.

Top of the class for EU countries with renewable energy and renewables industries is Sweden. The country is consistently above the 50% threshold in the percentage of its total energy consumption drawn from a renewable source. Sweden’s use of clean energy is a major selling point for eco-conscious companies looking for a new location.

Microsoft recently announced that it will be opening a sustainable data center region in Sweden which will operate from 100% renewable energy with continued investment in the local community and digital training and upskilling for 150,000 citizens. To support the local ecosystem, Microsoft has invested over US$1.25 million to date in a range of community projects, including grants and donated hardware, in the cities of Gävle, Sandviken and Staffanstorp, which are part of the data center region.

“Sweden has long been a leader on the global stage in many areas, including sustainability, innovation and gender equality,” said Hélène Barnekow, general manager, Microsoft Sweden. “It is one of the places in the world where IT and tech have the greatest potential to create new opportunities for the individual, the organization and society. In this time of change, we invest in the digital infrastructure and our Swedish ecosystem to accelerate digital transformation that will empower public and private companies to innovate, providing a strong digital foundation for the country’s future growth.”

A Lighter Footprint in the Land of Heavy Industry

One of the biggest success cases for increasing renewable energy consumption is Germany, a country often viewed as the home of traditional industries dominated by vehicle manufacturing and chemicals with a reliance on coal. But the first quarter of 2020 marked a milestone as renewable power accounted for most of the electricity consumption in the country for the first time.

The drive toward renewable energy in Germany is not just because of the increasing targets from the EU in Brussels but is formed from grassroots support for an aggressive transition to renewables from citizens: 92% of the population favor a retreat from historical reliance on fossil fuels and nuclear power and a transition to clean energy. There is an increasingly eco-friendly culture rooted in the Germany psyche from witnessing the fallouts from nuclear disasters and the impacts of climate change.

Major Players in the Netherlands and Beyond

When the European Commission in November outlined an offshore wind strategy for 2050, Manon van Beek, CEO of European grid operator TenneT, welcomed it, then pressed for more urgency, noting that decarbonizing the European economy in 30 years requires that “we start as soon as possible. To reach the Commission’s Goal of 300 gigawatts (GW) offshore wind power [by] 2050, we have no time to lose.”

Among TenneT’s innovations is the use of subsea cables to not only move power from offshore wind parks when the wind is blowing, but trade power between countries when the air is still.

“Such hybrid projects would connect wind farms to different countries and at the same time set up a direct electrical connection between these countries at lower costs,” said van Beek. “With its partners, TenneT is working towards a first internationally connected offshore wind power hub in the North Sea. We are planning to build a first cross-border twelve GW hub by 2035 to connect two GW to Denmark, four GW to The Netherlands and six GW to Germany, an effort recently financially supported by the EC through its Connecting Europe Facility.”

TenneT today operates more than half of the offshore wind connections in the EU. By 2030, TenneT will invest around €20 billion to connect offshore wind energy in the Netherlands and Germany. The key challenge, says van Beek, “is that with the number of involved member states the regulatory complexity increases rapidly.” He’s calling on member states to jointly provide a reliable investment framework for wind park investors, and to consider the development of industrial electricity demand as the shift from fossil fuels takes place.

“This is an important milestone for the green transformation and for Ørsted,” said Henrik Poulsen, CEO and president of Ørsted. “We’re proud that we’ve commissioned our first offshore wind farm in the Netherlands, who is among the global frontrunners in the energy transition. With Borssele 1 & 2 as the first step, we wish to make a significant contribution to the Dutch transition from fossil to renewable energy.”

Denmark is doing its part already: The country’s leaders in early December pledged to withdraw from all oil and gas extraction activities in the North Sea by 2050.

It would be remiss to discuss successes in Europe with renewable energy and not explore the exciting innovations in Norway. As a location it has sometimes not received the same attention from international investors as its European neighbors due to preconceived notions about the ease of doing business in a country that is not a member state of the EU. But with Innovation Norway educating the global business community, this is likely to change.

A focus within Norway that companies in energy-intensive industries should be aware of is industrial parks acting as incubators for innovative clean energy technologies and a circular economy. Herøya Industrial Park in the south of Norway is a remarkable example of this strategy’s potential. The park is home to 80 global and local companies, most of whom are part of the Industrial Green Tech cluster aiming to create the world’s first climate-positive industrial region. The park’s “Pilot Arena,” which allows companies to float business ideas in the renewables space, has led to the infrastructure being used to establish and test a number of circular pilot projects to great success.