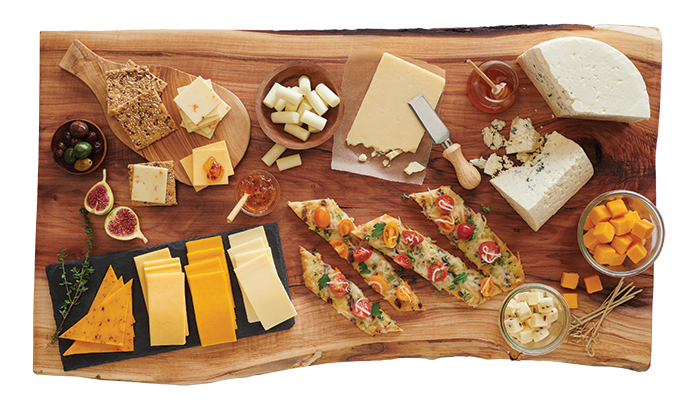 When Great Lakes Cheese was ready to expand its operations in early 2020, the family-owned cheese maker expected to grow into one of its eight existing facilities. However, it was not long after beginning the process to expand its Tennessee site before a series of hiccups led the company to reevaluate its approach.

Instead of expanding, Great Lakes Cheese decided to change gears entirely and seek a new greenfield site. This about-face led the company on the quest for a location near the rapidly growing Dallas market.

Matt Wilkinson, vice president of technology and business development for Great Lakes Cheese, said the company evaluated 40 different sites within a two-hour radius of the west side of Dallas before determining its top two locations — Wichita Falls or Abilene. Ultimately, he said the decision came down to Abilene’s strategic location, the affordability of inbound and outbound freight, its large and growing workforce, and the area’s overall sense of community and partnership.

Great Lakes Cheese isn’t the only company to realize Abilene’s ideal location for food and beverage producers. For many years, global brands including PepsiCo and Coca-Cola have had operations in the city, as well as a plethora of smaller producers like Pappy Slokum Brewing Co., 2 Profs Ice Cream, Moose Mountain Goods, Belt Buckle Distillery and Sockdolager Brewing and Absolutely World Class. Additionally, companies like Pactiv Corp., maker of food packaging, and pet product maker Primal Pets have recently grown in the city.

For Chike and Next Level Nutraceuticals cofounders Remy Singh and Jason Hodges, the ease of access via I-20 made locating their third facility in the city an easy choice. Hodges explained the company had reached capacity prior to moving into its new headquarters and manufacturing facility. After considering another metro location, the entrepreneurs realized they already had an ideal homebase in Abilene. “We sit right off the Interstate, so we just have to load up the truck,” said Hodges. “We sit almost in the center of the country, whether we want the East Coast or West Coast — we’re centrally located. It works for us and its more economical because of that.”

Abilene’s central location in Northwest Texas offers proximity to nearby markets in the Dallas-Ft. Worth metro area and the greater Southwest region. With Interstate 20, U.S. highways 83, 84 and 277, and rail services by Union Pacific and Southern Switching Company, transporting products to both coasts, the Midwest, the Northeast and Mexico, is as easy as loading up the goods.

Another critical benefit of locating in Abilene is the availability of engaged and eager employees. Employers in Abilene are also able to draw from a local population of more than 122,500 people and a 19-county labor shed representing more than 140,000.

For Great Lakes Cheese, this available workforce was the cherry on top. Great Lakes Cheese will create 500 new jobs with its new 286,500-sq.-ft. packaging and distribution facility at Access Business Park. The facility represents a capital investment of nearly $185 million. 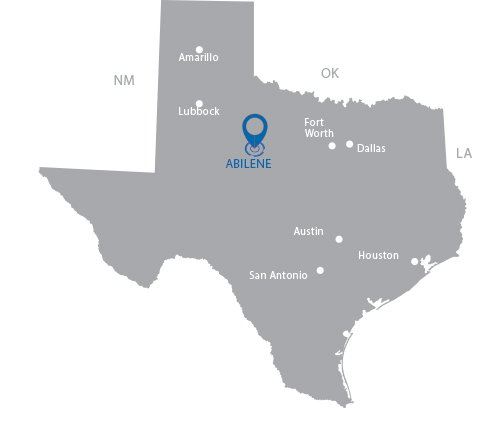 “We are proud to welcome Great Lakes Cheese to the state of Texas, and we are excited for the impact that this company will have on Abilene’s economic success,” said Governor Greg Abbott. “Great Lakes Cheese joins the ranks of thousands of companies that have chosen to invest in the Lone Star State. Our model of low taxes, reasonable regulations, and incredible workforce continue to attract investments that keep Texas the best state for business.”

In addition to a $33.3 million incentive package from the Development Corporation of Abilene (DCOA), the company will also receive funding through the Veteran’s Fund and a Texas Enterprise Fund (TEF) grant from the governor’s office.

TEF awards are deal-closing grants given to companies considering locating to Texas from competing out-of-state sites. This announcement is the largest project the DCOA has recruited to the area in its 30-year history.

Wilkinson pointed to Texas’s team-based approach to working with business as one of the deciding factors leading to the new facility.

“They were really great to work with,” said Wilkinson. “The development agencies were supportive; all of the organizational groups in Texas are very high quality. The DCOA helped us with the identification of the physical site ­— and they had several available — and they rapidly found answers to all of our questions from utilities to roads, etc. Even at the state level, folks are very responsive. Adriana Cruz at the governor’s office and the local senators and representatives were very accessible and smoothed the path for us. Texas is a very easy state to work with.”

AbiMar Foods Inc. has operated in Abilene since it was established in 1992. The maker of popular cookie and cracker brands including Lil’ Dutch Maid, Tru-Blu and Dutch Harvest was acquired by Colombia-based Grupo Empresarial Nutresa in 2010. In 2015 AbiMar expanded with a new $15 million production line. In 2020, the company expanded again with a new warehousing facility purchased from the DCOA. Today, AbiMar is one of the city’s largest employers, with 550-600 people from a wide variety of backgrounds.

“This location is strategic for us because of the market that we serve,” explained AbiMar CEO Jaime Correa. “The support of the city and the DCOA has been a constant since the very beginning in many ways. Of course, there’s the financial aspect of that support. Grupo Nutresa is growing and has a strategy to grow in the States even more than in Colombia. We are constantly looking into different possibilities across the country, but I can tell you that we haven’t found any other city or state that has provided what we have here in Abilene.”