Colorado Makes a Name for Itself 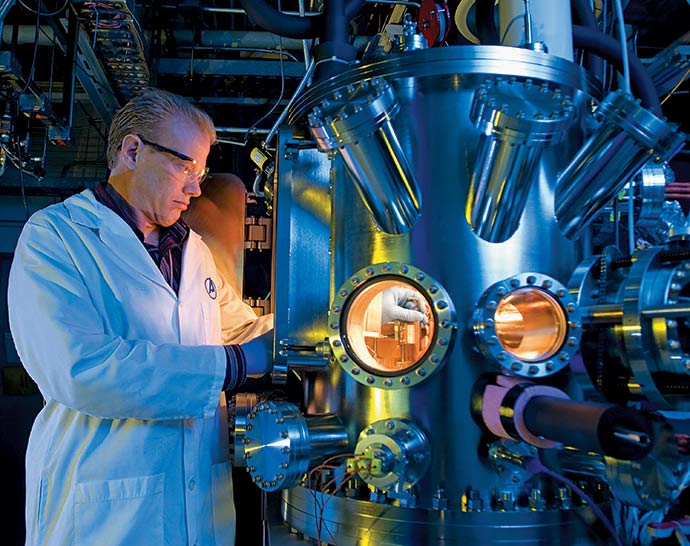 With a robust mix of startups and giants of the aerospace industry, Colorado hopes to become known as America’s “Aerospace Alley.” Now surpassing the states of Florida and Texas, the state has managed to nurture the nation’s second largest aerospace economy, behind only California. And it’s done so quietly, flying under the radar, as it were.

“Little is spoken about aerospace here in Colorado,” says Major General John Barry, USAF (Ret.), co-founder of the Aerospace Alley initiative announced in October. “That,” declares Barry, “is all about to change, thanks to the increasing commercialization of space and the sheer amount of training and talent our state brings to the aerospace industry. We’re putting our flag in the ground and declaring that we can be the Silicon Valley of aerospace by calling it Aerospace Alley.”

Supporters of the effort say the parallel is apt: Much in the same way that Silicon Valley earned its title as a result of a large concentration of small tech companies, 64% of Colorado’s 500-plus aerospace and aerospace support companies employ fewer than 10 people.

“We’re putting our flag in the ground and declaring that we can be the Silicon Valley of aerospace ...”
— Major General John Barry, USAF (Ret.), Co-founder, Colorado’s Aerospace Alley Initiative

It’s an industry that contributes more than $15 billion per year to the state economy while employing more than 30,000 workers. Aerospace employment in Colorado, according to a report by the Metro Denver Economic Development Corp., grew by 19.4% in the four years ending in 2019.

Even amid the COVID-19 pandemic and attendant recession, major aerospace concerns including Lockheed Martin, Ball Aerospace and Raytheon added new employees in Colorado in 2020, as did smaller companies such as satellite builder Blue Canyon, acquired in December by Raytheon Intelligence & Space. Last spring, Blue Canyon workers began moving into an 80,000-sq.-ft. (7,430-sq.-m.) factory in Lafayette designed to build 100 satellites a year. The facility, just east of Boulder, is to serve a mix of commercial, military and civil space customers as the company experiences “significant growth,” Blue Canyon said in a statement.

A Cluster in Colorado Springs

Home to the U.S. Air Force academy and five military installations, Colorado Springs enjoys an aerospace cluster that accounts for more than 40% of its regional economy, according to the Colorado Springs Chamber of Commerce. In September, the California-based Aerospace Corporation broke ground on a $100 million research and development center adjacent to its current operation at the Colorado Springs Airport. The company says the installation, to be completed in 2022, will support some 200 new workers.

“This new, high-tech facility furthers our commitment to supporting our many partners in the Colorado Springs region in advancing our nation’s security in space,” said Steve Isakowitz, Aerospace’s president and CEO. “The space enterprise is changing faster than ever, and our increased capabilities will be critical in helping our government partners tackle critical problems and shape future concepts for space warfighting.”

In a statement to Site Selection, a company spokesperson noted collaborations among the Aerospace Corporation and local partners including the United States Space Force, National Reconnaissance Office, NASA and NOAA.

“Colorado Springs,” the spokesperson said, “provides a central location to support all our business efforts.”

Elected officials representing Colorado cried political foul at the Air Force announcement in January naming the Redstone Arsenal in Huntsville, Alabama, as the preferred location for the U.S. Space Command, currently headquartered at Colorado Springs’ Peterson Air Force Base. The decision, reached during the waning days of the Trump administration, is being investigated by the Defense Department’s Inspector General and the Government Accountability Office of Congress.

Soaring Past the Pandemic

Military-related investments in 2021 helped the global aerospace industry to offset a pandemic-related drop in commercial aircraft production, according to the 2021 Aerospace and Defense Industry Outlook by Deloitte. The global professional services network reports a 41% drop in global aircraft deliveries for 2021 as compared to the peak year of 2018.

“Defense,” says Robin Lineberger, outgoing leader of Deloitte’s aerospace and defense sector, “has been more immune during this pandemic. Not only that, but we see some countries utilizing their defense industries, and their industrial bases that support it, as somewhat of a stabilizing factor if not an outright stimulus to get money into their economies. We’ve seen that as a bright spot, if you will, despite developments in the broader commercial aviation space.”

Lineberger suggests that large aircraft manufacturers take advantage of the present lull in commercial deliveries to retool their processes and supply chains.

“Here’s an opportunity for them to step back and look at their operations,” he says, “and enact structural cost changes while things are slow. It’s a good time to utilize the newer and upcoming digital technologies such as supply chain forecasting and various smart factory and IoT solutions to stabilize their platform. They can position for profitable growth as we begin to see a resurgence in the demand, probably in 2024.”

The space sector, says Lineberger, is witnessing rapid growth through the increased production of communications satellites, renewed interest in extra-terrestrial travel and developments in space warfare. The Deloitte analysis says that emerging technologies and trends that are poised to drive the industry as a whole include advanced aerial mobility (drones), hypersonic weapons, electric propulsion and hydrogen-powered aircraft.