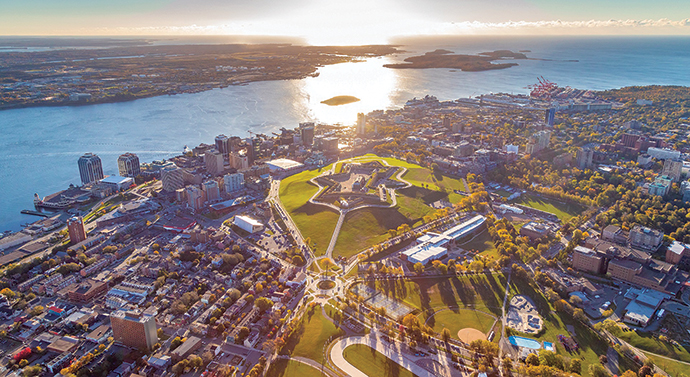 Greater Halifax leads all Atlantic Canada cities in project attraction over the past two years.
Photo courtesy of Discover Halifax
by Adam Bruns

It has what a lot of companies need to, judging by the projects landing there. The Greater Halifax Partnership says at least 16 companies relocated to or expanded in the metro area during the pandemic.

Among the nearly 100 qualifying corporate facility projects Site Selection’s Conway Projects Database has tracked across the four provinces of Atlantic Canada since January 2019, one-fifth have landed in Greater Halifax. (To qualify, they must invest at least US$1 million, create at least 20 new jobs or occupy at least 20,000 new sq. ft. of space.) They include one of many Atlantic Canada investments from New Brunswick–based Cooke Aquaculture, which has also tallied recent investments in Digby, Nova Scotia, as well as Pennfield and Oak Bay, New Brunswick. Nova Scotia Business continues to report pending incentives approved for such companies as Massachusetts-based IT services firm Virtusa (160 potential jobs), insurer Marsh Canada (60 jobs) and battery materials and technology firm NOVONIX, which is expanding at its existing site in Bedford while siting a new facility in the Halifax metro-area community of Dartmouth.

Where Services Rule the Roost

The Halifax roster of corporate investors is dominated by professional services, software development and customer care operations from the likes of Axis Capital Holdings (300 jobs, announced early this year); Manulife Securities (600 jobs, 2019); Eeye (150 jobs, 2019), Alberta-based 10380008 Canada Inc. (100 jobs), Pitchperfect Software (58 jobs) and REDSpace (125 jobs), which got its start in a post-dotcom-crash basement 20 years ago. Today REDSpace employs more than 200, and early this year was named the Halifax Business of the Year.

“Awards like these shine a light on all the world-class work happening here across sectors, which helps attract and retain more of the top talent we need to help us all continue to thrive,” wrote Mike Johnston in a March blog post. “This year more than ever, we’ve seen a growing interest in our region, now the world can see how we take care of each other here.” 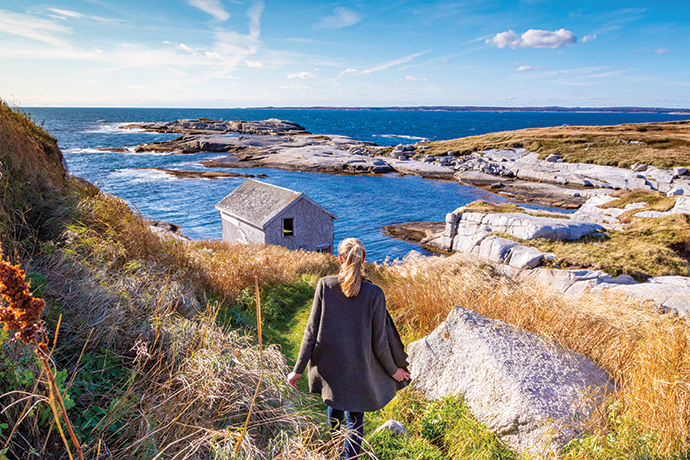 Sambro Island is just one of many stunning vistas in Greater Halifax.
Photo courtesy of Discover Halifax

The biggest job creator in the services sector over the past two years has been Sydney Call Centre (an MCI company) in Cape Breton, which in 2019 was creating 600 tech-enabled BPO jobs. The company’s resilience shone through earlier this year, as it announced still further growth even after a year of hardship after transitioning office jobs to work-at-home positions in the company across North America. The Sydney Call Centre’s employees’ continued success during the pandemic encouraged MCI to make the strategic investment to expand operations to all of Nova Scotia, as the company brings on thousands of new hires across North America.

“The incredible success of The Sydney Call Centre and the business-friendly environment in Nova Scotia made this an easy decision to expand operations to the entirety of the Nova Scotia Province,” said MCI CEO Anthony Marlowe in February. “Despite initial spikes in 2020 employee attrition due to the onset of emergency procedures/COVID-19, our team in Sydney has expertly executed the scaled-up work-from-home model. Like it has in the United States, our highly scalable model will continue to please employees and clients alike across all of Nova Scotia.”

The Sydney Call Centre now employs almost 650 people between the Sydney site and Sydney work-from-home and another 100 remote employees in the area. MCI is seeking to hire an additional 350 Nova Scotian employees in 2021. “We feel now there is a lot of call center talent yet to be tapped, especially in Mainland Halifax, and the peninsula,” Marlowe said. “MCI has a particular interest in applicants from the Port Hawkesbury area due to the deep talent pool of representatives and the long-standing history of premium call center work.”

Even in Canada, TD Means a Touchdown

Three of the next four leading cities for corporate projects in Atlantic Canada are in New Brunswick, led by Fredericton and Moncton with nine projects each, followed by Saint John and in a tie with Charlottetown, Prince Edward Island, at four projects apiece.

TD Direct has invested in both Moncton and Saint John in recent years, projecting 440 jobs in the former and 250 in the latter with new operations announced in 2019. The company keeps coming back for more.

In November, TD Insurance (TDI) announced it would bring more jobs to the Atlantic region through the opening of a new bilingual Client Advice Centre (CAC) located at the company’s Moncton-area campus in Dieppe, where nearly 1,000 employees already work in the Canadian Banking Contact Centre and TD Finance Operations. The new TDI space has the capacity for more than 135 people, and plans called for at least 100 to be in place by January 2021. “With the rise of remote work, we expect our presence in the region to increase beyond current capacity,” said a company release.

“In a year of such economic uncertainty, we are very proud to be investing in local jobs and helping support the region’s economic recovery from COVID-19,” said Raymond Chun, president & CEO, TD Insurance. “Today’s announcement also reinforces our commitment to better support customers in Atlantic Canada as well as our customers all across the country — in both official languages.”

“As we continue to navigate COVID-19, we’re discovering both new challenges and new opportunities,” said New Brunswick Premier Blaine Higgs, “Our changing global landscape has made remote work arrangements commonplace. Professionals across the world can work from anywhere, and more and more are choosing to do that right here in New Brunswick.” 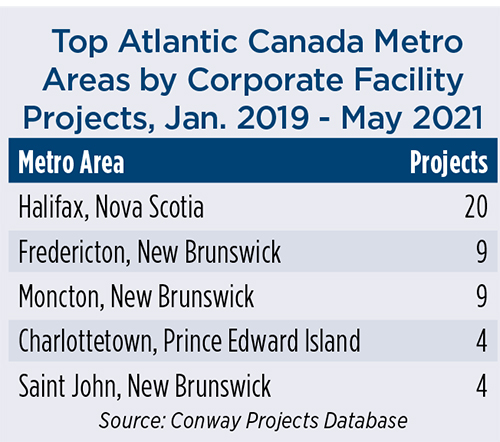 The company’s history in Atlantic Canada dates to 1922. The first TD call center location in New Brunswick opened in Saint John in 1994.

“Greater Moncton is a thriving region and a talent draw for the Maritimes,” said Frank McKenna, deputy chair, TD Bank Group. “We are investing in the future of this province because it possesses the attributes needed to operate a successful business: great people, good quality of life, and a welcoming culture. With the pandemic, we have been able to create a successful work from home model which has led to expanded recruitment across the province, including in northern New Brunswick. TD has a long-standing presence in Atlantic Canada and the creation of these latest jobs underscores our commitment to growth in the region.”