The bright lights of the film and TV business are shining on this Austin suburb. 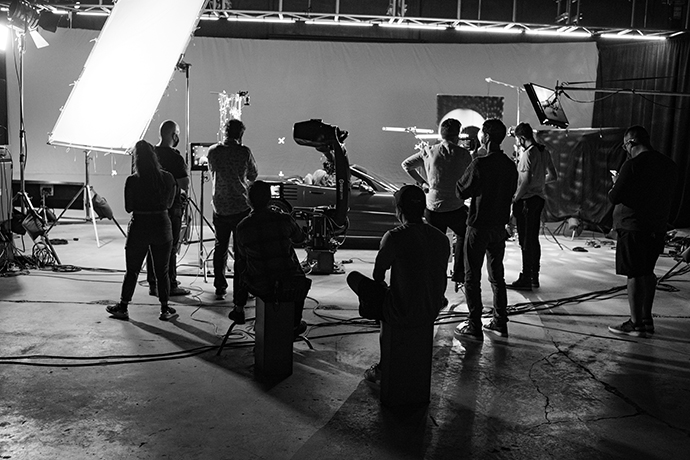 If you said Pflugerville, Texas, you were right. All had substantial scenes shot in Pflugerville, an Austin suburb that is absolutely booming in the film and TV business.

But don’t just take our word for it. Ask Aaron Brown, an award-winning director and founder of Onion Creek Productions. He’s been working with a Pflugerville-based robotics company for a good while now in the shooting of films and commercials.

“I’ve been working with SISU that developed a robotic arm that enables us to capture in studio or on set shots that cannot be captured any other way,” says Brown, whose Austin-based firm has become a mainstay in the Austin film scene and won eight Addy Awards in the past two years. His clients include HBO, YETI Coolers, VICE, Nissan, Gatorade and Netflix.

“I met SISU at the Austin Film Festival a couple years ago,” says Brown. “They were demonstrating their smaller robotic prototypes. I did a large project with them using their new C-31 giant robotic arm.”

“This area has become a leader and hot spot for the creative industry, the tech industry and the business sector. It is a ripe environment for all of these things to cross-pollinate.”
— Aaron Brown, Founder & Director, Onion Creek Productions

Russell Aldridge, who co-founded SISU in a garage a decade ago, says he moved to Pflugerville from Utah to work for National Instruments, but he always wanted to launch a robotics company of his own. “There is a lot of tech talent in Austin, and we decided to create a tool to make industrial robots here,” he says. “We invited a videographer to make a video of us, and that is where the idea of cinematic robots began. We put something on Instagram and instantly sold four of these devices. The Pflugerville Community Development Corp. had some incentives that kept us here. We found this to be a very family-friendly place. Many of our engineers have young families, and they love living here and raising their kids here.”

The workforce in Pflugerville and the greater Austin area drives the company’s growth, he adds. “There are so many tech companies in the Austin metro area,” he notes. “It is a very solid workforce. Austin is a great place to live, and so is Pflugerville. Pflugerville is right between I-35 and Highway 130. We have great access to these highways and the international airport.”

It helps that Texas offers “a very business-friendly climate,” says Aldridge. “They really make an active effort to get to know the businesses that are here and help them grow. They get people together and help them learn about each other.” 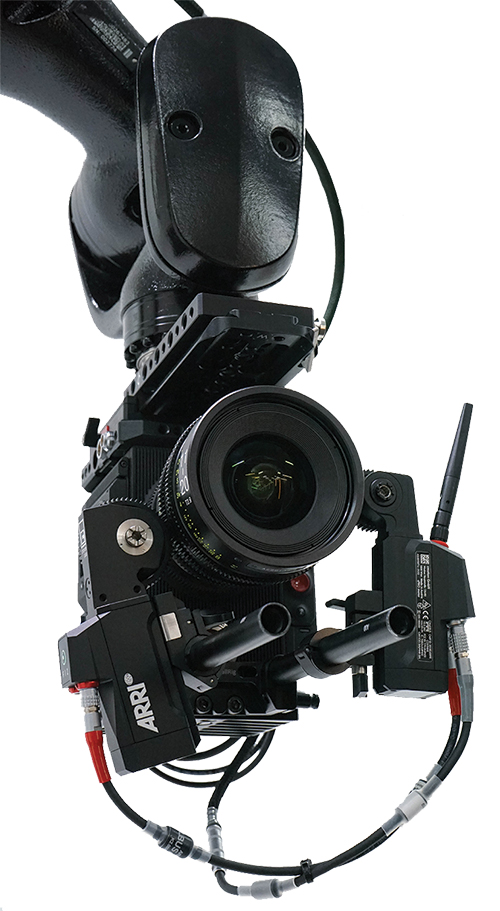 Films shot on location in Pflugerville:

Adriana Cruz, executive director of the Texas Economic Development & Tourism Office, says that “Texas has always been a magnet for film and TV production. The business climate of Texas appeals to the tech industries and creative industries. The Film Friendly Texas Certification, which was awarded to Pflugerville, is a program that provides value for companies interested in doing business there. It mobilizes our community partners. They understand the needs of media production in Pflugerville. They help production crews get the tools needed to be successful. They are conveniently located between the Austin area and the airport and hotels, and they are close to a whole host of diverse locations that are great for filmmaking.”

Amy Madison, executive director of the Pflugerville Community Development Corp., says the success of films like Texas Chainsaw Massacre and Best Little Whorehouse “really put us on the map. Pflugerville has always been a great spot for filming. Now, we are seeing our former success enhanced with the new high-tech equipment that SISU brings to the table.”

She adds that “our community is so adaptive. We can provide the vista for filming and the creative processes bolstered by the technology that is provided right in our backyard. It would surprise people to find that the city with the funny name has had so many films and TV shows produced right here.”

Brown is one director who says he will be back for more. “This area has become a leader and hot spot for the creative industry, the tech industry and the business sector,” he notes. “It is a ripe environment for all these things to cross-pollinate. No other city in the U.S. comes close to offering everything like we do. This is a beautiful bracket environment. This is a great place to be a filmmaker.”