Renewable Fuel Projects Are on Tap 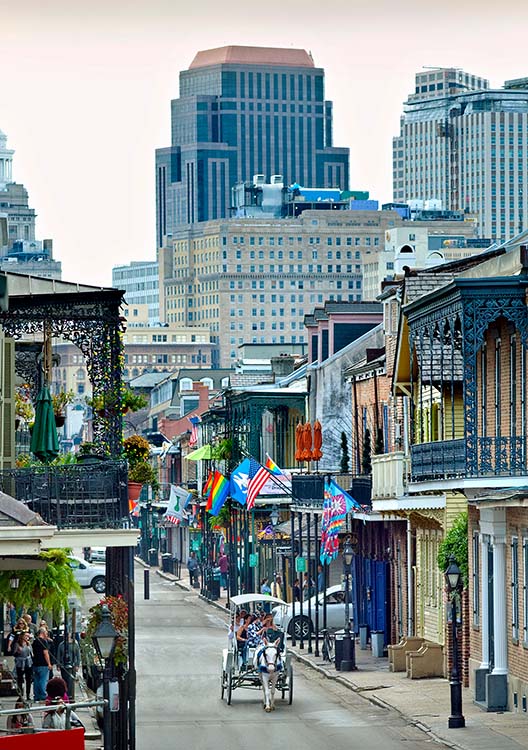 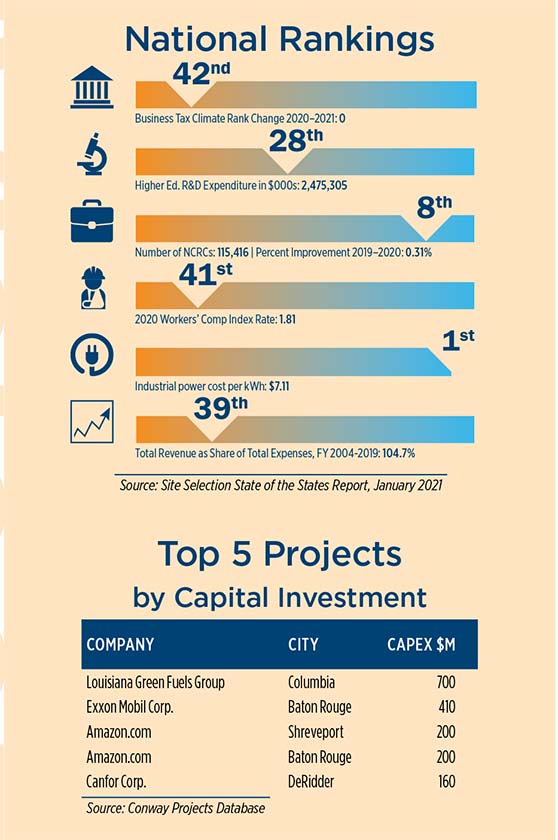 Louisiana is in the running — or has been selected already — for three major renewable fuel plants. Delta Biofuel announced in late June that it is evaluating Iberia Parish for a planned $70 million renewable fuel plant. The planned production facility would produce biomass fuel pellets made from residual sugarcane fiber known as bagasse. If located in Louisiana, Delta would create 126 new direct jobs with an average salary of $62,500. Louisiana Economic Development estimates the project would also result in 149 indirect jobs, for a total 275 new jobs in the Acadiana region. The production facility’s peak construction would generate up to 100 construction jobs.

Delta has secured long-term supplies of feedstock bagasse, which can be processed into biomass fuel pellets and used alongside, or in lieu of, standard industrial wood pellets in power generation. Bagasse fuel pellets are lower-cost alternatives to typical wood pellets and result in greater reduction of greenhouse gas emissions, or GHGs. European and Asian power and industrial heating plants transitioning away from fossil fuels now use over 25 million metric tons per year of wood pellet biomass, primarily displacing thermal coal as a feedstock. The use of biomass fuel pellets results in a reduction of GHG emissions of more than 100% versus the use of fossil fuel in these plants. The Jeanerette facility would produce up to 300,000 metric tons of bagasse fuel pellets annually.

The company would source all excess bagasse from four nearby sugar mills in Iberia, St. Mary and St. Martin parishes. Sourcing from these mills allows alternative use of the mills’ unneeded waste. Additionally, Delta has engaged European and Asian energy production facilities for multi-year commitments to purchase the fuel pellets.

“Our bagasse pellet manufacturing plant will provide a sustainable, long-term solution for the sugar mills by utilizing all excess bagasse produced each harvest. This will not only reduce cost and liability for the mills but will eliminate methane emissions from the discarded bagasse that you can see in huge piles around the state,” said Delta Biofuel CEO Philip Keating. “These pellets are then delivered to power generation facilities, which produce renewable electricity. We see Louisiana and its sugar industry as a terrific and reliable source of biomass for alternative fuel production. We have been able to collaborate with our partner sugar mills to produce a solution for their needs, while establishing a viable project that can deliver long-term economic impact for the region and reduce greenhouse gas emissions in electricity production. Combine this with the fantastic industrial labor force and the support from the state, and we eventually expect to do even more beyond this initial project.”

PBF Chalmette is studying the possible conversion of an idled refinery unit into a renewable diesel production complex. The refinery’s parent company, PBF Energy, would make a $550 million capital investment to retrofit a hydrocracker unit — out of operation since 2010 — with new technology to accommodate renewable diesel production. The project also would include construction of a pretreatment unit that will allow Chalmette Refining to create non-fossil feedstocks from soybean oil, corn oil and other biogenically derived fats and oils.

PBF Energy and its potential partners are considering Chalmette Refining along with other facilities for the renewable diesel project, and it expects to make a final investment decision after local taxing bodies in St. Bernard Parish consider the project. PBF is one of the largest independent refining companies in the U.S. In addition to its Louisiana facility, PBF operates two refineries in California and one each in Ohio, Delaware and New Jersey.

“The devastating economic impact of the COVID-19 pandemic on the energy industry is undeniable — we’ve seen eight U.S. refineries shut down since the beginning of 2020, including one down the road in St. James Parish,” noted PBF Chalmette Refinery Manager Steven Krynski. “PBF Energy is looking for projects that will create stability for our workforce, prepare the refinery for a green energy transition and help us recover from the losses of the last year and a half. Louisiana financial incentives like the Industrial Tax Exemption and Quality Jobs programs help make the numbers work, especially as our company and entire industry recover from the pandemic. With the support of our state and local leaders, I am hopeful we will be able to bring this project and its economic benefits to St. Bernard Parish.”

In April, Strategic Biofuels LLC announced that the company’s wholly owned subsidiary, Louisiana Green Fuels, plans to develop a renewable diesel plant near the Caldwell Parish seat of Columbia. Situated on a 171-acre (69-hectare) site at the Port of Columbia, the plant would produce up to 32 million gallons of renewable fuel annually through established refinery processes with wood waste as the feedstock. The company is completing feasibility and financing phases for the project in anticipation of a final investment decision by late 2022. Louisiana Green Fuels would make a capital investment of at least $700 million and would create 76 new direct jobs.

Strategic Biofuels has raised 85% of its early-stage financing from investors in North Louisiana. In addition to the Columbia renewable diesel refinery, the company envisions the development of additional Louisiana refineries that would target production of renewable aviation fuel, as well as diesel.

“Caldwell Parish is the ideal location for our Louisiana Green Fuels plant,” said Dr. Paul Schubert, CEO of Strategic Biofuels. “It combines the required forestry waste feedstock for fuel production and the right geology for carbon sequestration within the State of Louisiana’s visionary legislative framework, which has been further strengthened by the Climate Initiative established by Governor Edwards. We are especially thankful for his signature on the recent $200 million tax-free bond allocation, which substantially advances the financing for this project.”