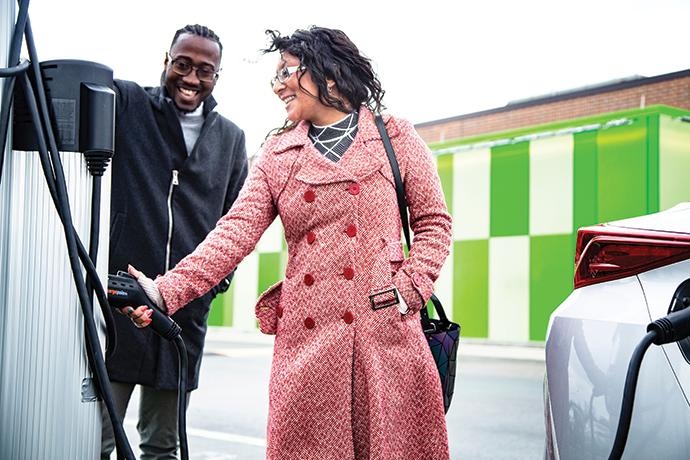 Cities 4.0 continue the evolution of smart cities by showing how cities can effectively use technology, data and citizen engagement to drive the SDGs.

Meeting the Challenges of a Post-Pandemic World

During the COVID-19 pandemic, ensuring a healthy, safe, and prosperous future for citizens has been a burning imperative for city leaders around the world. At the same time, the health crisis has raised the importance of the SDGs, which many cities have adopted as a framework for achieving their social, environmental, and economic objectives.

In a new survey of 167 cities conducted by ESI ThoughtLab for its study “Smart City Solutions for a Riskier World,” over one-quarter of city leaders said that the pandemic had made the SDGs a higher priority. One-third said the crisis had stimulated new thinking about their social priorities overall.

They are further ahead in smart city initiatives

On average, they widely deploy 14 smart city projects, vs. an average of 7 for others

They have superior infrastructure

They have made the greatest progress on nearly all SDGs

On average, 86% have progressed across all SDGs on vs. 59% for all cities

The pandemic also is accelerating the need for cities to adopt smart innovation and digital solutions, as it transforms citizen behaviors and expectations and redefines how people work and live: For 63% of cities, the biggest lesson learned during the pandemic was just how crucial smart city programs were for their future. And it is underscoring the role of collaboration among business, government and academia to address long-term urban challenges and to build resilience. Those cities that make the most progress on the SDGs while also leading in smart city innovation will be the most successful as we enter the post-pandemic world.

How innovation Can Drive the SDGs

A prime objective of this research was to assess how smart urban solutions can help cities achieve the SDGs. To measure the progress that cities have made in driving the SDGs, ESI ThoughtLab developed an SDG progress framework that categorizes cities into three groups: implementers, which are in an early stage of SDG adoption; advancers, which are making progress on a range of SDGs; and sprinters, which are making fast progress on most areas of sustainable development. Twenty-two percent are classified as implementers, 57% as advancers, and 21% as sprinters. 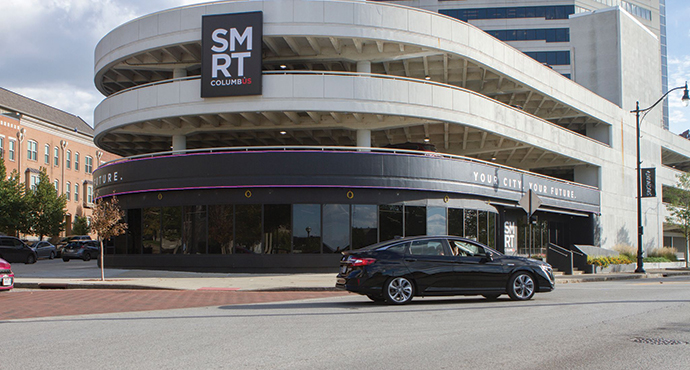 Currently rated in the “Advancer” category of smart cities by ESI ThoughtLab’s analysis, Columbus, Ohio, is one of the leaders among 167 global metros in terms of smart city progress.
Photo courtesy of ESI ThoughtLab

According to the research, nearly eight in 10 cities have adopted the SDGs as part of their plans and around 60% have made considerable progress across all 17 goals. Small cities with fewer than 1 million people are much farther along than larger cities in embracing the SDG framework. By region, North American and European cities are ahead, while those in Africa and Asia trail behind.

Our economists also created a smart city maturity framework to assess which cities are ahead in using smart city solutions and technologies to achieve their social, environmental and economic goals. A smart city leader was defined based on its maturity in the use of technology across the urban domains, its use of data and the steps that it takes to ensure citizen and stakeholder engagement. Thirty percent of cities are classified as beginners, 49% as intermediates and 21% as smart city leaders.

To analyze the impact of smart city solutions on sustainability, we identified a subset of SDG champions that also lead in smart technology. These cities, which we call “Cities 4.0,” serve as models for the cities of the future. They continue the evolution of smart cities from Smart Cities 1.0 to Smart Cities 3.0 and go beyond, by showing how to effectively use technology, data and citizen engagement to drive the SDGs. They are in step with new ways of working and excel at using an agile ecosystem of partners to spur change. They demonstrate how, with the expectations of citizens rising, and businesses gearing up for the Fourth Industrial Revolution, the most successful cities will be digitally transformed, fully sustainable and skilled in entirely new ways.

Cities 4.0 also unlock greater value from their ecosystems. They are better at proactively managing their partnerships and they develop partnership skills across their city domains. They prioritize public-private partnerships more than others and are more open to new ideas. And they enjoy greater personnel, fiscal, functional and regulatory independence from national, state and provincial control.

Cities 4.0 also ensure that citizens are engaged and digitally connected. They use a combination of digital and traditional methods to communicate with citizens. They actively engage citizens and stakeholders when setting goals, demonstrate the value of projects and ensure that disadvantaged populations, including the poor and handicapped, are involved in the decision-making process.

ESI ThoughtLab’s ongoing research program into sustainability and smart city solutions will serve as a roadmap for city actors across the world looking for best practices and to compare solutions. Readers can visit our Smart City Solutions for a Riskier World program microsite at citysolutions.riskierworld.com for the latest articles, insights, program updates and planned events.

ESI ThoughtLab is the thought leadership arm of Econsult Solutions, a leading economic consultancy with links to the academic community. For more information, visit www.esithoughtlab.com.