How Innovation Hubs Surged Despite the Pandemic 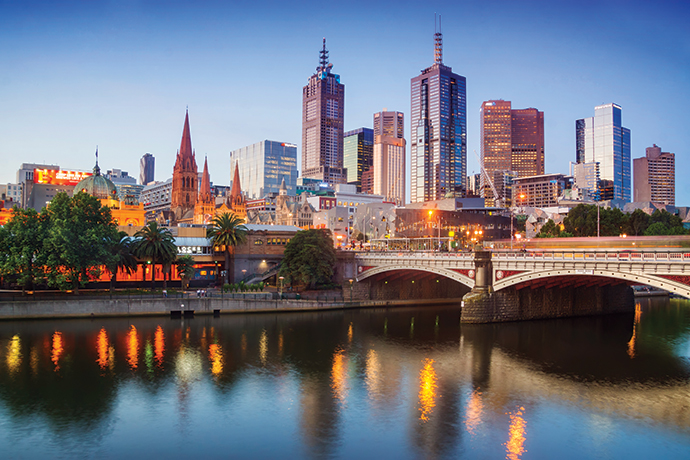 Melbourne is one of two Australian innovation hubs on the rise.
Photo: Getty Images
by JF Gauthier

When Startup Genome released its annual Global Startup Ecosystem Report in June 2020, the world faced considerable uncertainty. The COVID-19 pandemic had led to a 74% drop in the number of Chinese venture rounds within two months, created an environment where it was unclear whether startup ecosystems could survive lockdowns, and spooked capital markets.

As it turns out, startups ended up surviving and even thriving, setting the stage for bolstered innovation ecosystems. As we move further into 2021 and the pandemic’s grip on the world lessens, hubs are growing, and economic activity has jumped.

Why were startup ecosystems surprisingly boosted in 2020? Where do things stand today? Which up-and-coming ecosystems are worth watching as we move ahead into this decade? While the 2021 Global Startup Ecosystem Report will not be released until September, here are a few early insights.

Why Dire 2020 Predictions Ended Up So Wrong

It’s not an understatement to say that startups and venture capitalists were panicked in early 2020. Early 2020 data regarding VC deals showed a contraction of 46% in Series A+ deals across Asia, excluding China, so it was fair to look at this as a model of what could happen to startups worldwide as COVID-19 spread globally.

There was considerable fear at first that the world was headed for another recession. But as most policymakers stepped in, not only was the worst avoided, but venture funding started growing. Moreover, because so many startups are uniquely suited to address the challenges of the pandemic, COVID-19 separated winners and losers in the innovation economy, and Series B deals saw significant growth. 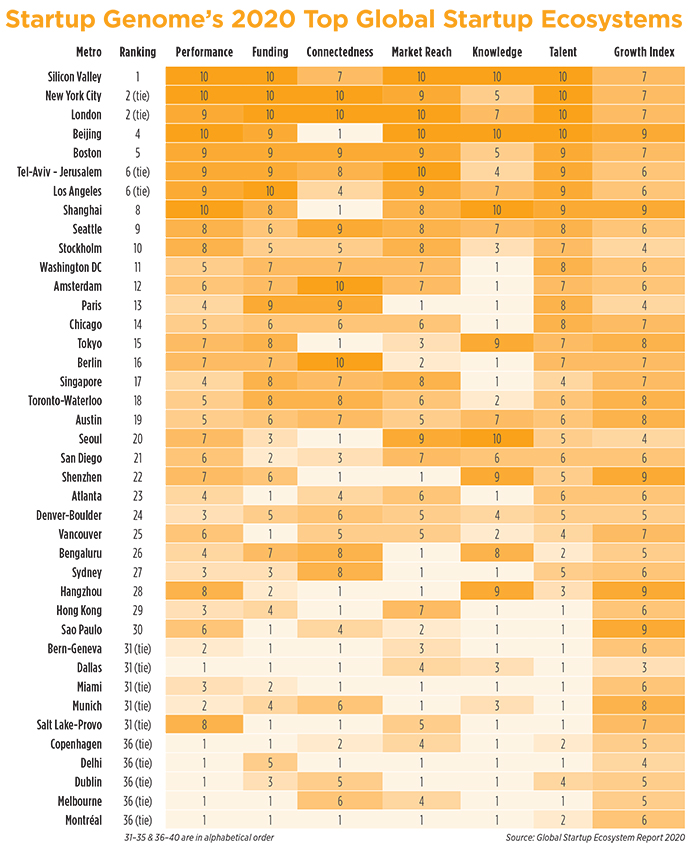 Another early prediction that turned out wrong was the idea that talent would leave their hubs. In cities such as New York City and London, doomsayers suggested talent would flee for smaller locales where workers would have more room to stretch their legs.

While this happened at first, talent is already back in droves. In fact, the only major startup hub where a large net out-migration occurred is the San Francisco Bay Area. This is good for everyone, including Silicon Valley.

According to the Silicon Valley Leadership Group, the No. 1 problem in the area has been housing and space generally. With rents down 30% and more, COVID-19 has eased this problem, opening the door to entrepreneurs and their core teams, while large tech companies have released tons of their cosmopolitan talent that will pollinate startup ecosystems all over the world.

Despite the difficulties of the pandemic, data collected in 2021 show that startup hubs ended 2020 in surprisingly good shape. Our data point to greater than 20% year-over-year growth on the dollar value of exits in technology startups worldwide. As we reach mid-2021, economic indicators point to this year being full of productivity and growth.

With 2020 in the rear-view mirror, we can see that some startup ecosystems are growing almost twice as fast as before, including Houston, Sydney and Hyderabad. In these hubs, you can see rapid growth in ecosystem value. 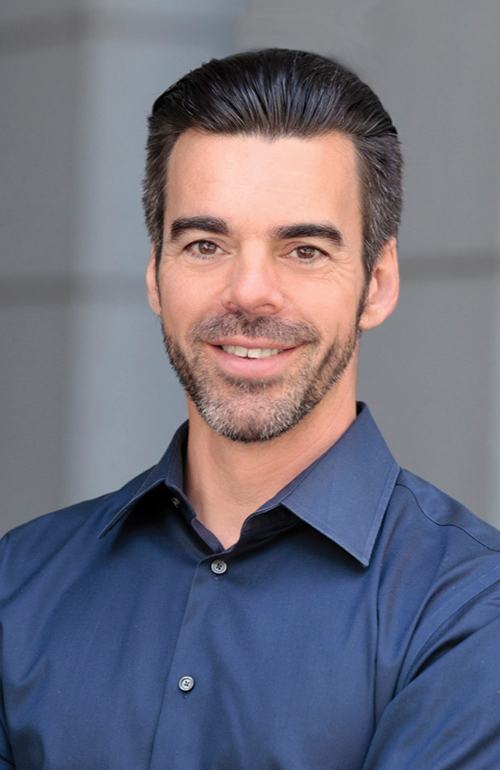 “The only major startup hub where a large net out-migration occurred is the San Francisco Bay Area. This is good for everyone, including Silicon Valley.”
— JF Gauthier, Founder & CEO, Startup Genome

What also makes 2021 so promising is the acceleration of the transition to the digital economy. So much changed for companies in 2020 regarding how they rely on digital services and applications. As such, companies that provide these types of services grew quickly and continue to attract substantial VC investments. In Q1 2021 alone, global VC investments topped $120 billion, which is a 94% increase year over year, according to Crunchbase.

Startup subsectors that are looking particularly hot in 2021 include:

What Startups and Corporates bShould Be Looking for in Hubs

At this moment of tremendous growth in 2021, this is a good time for startups to open offices and for corporates to expand. Using Startup Genome’s data-driven insights, I can share some of the most important things to pay attention to when looking for secondary locations.

The most critical factor in your decision on where to set up shop in 2021 should be talent production. Look for diverse and inclusive cities that produce a large amount of technical talent. With the rise of Deep Tech, cities that may not have been strong in software engineering but count strong technical universities will rise, producing dynamic ecosystems where large and small corporations will increasingly thrive.

A secondary factor to pay attention to is whether governments have been aggressively investing in their innovation ecosystems. The whole world has awakened to the importance of supporting innovation and entrepreneurship, with innovation policy becoming the center of long-term economic policy. Cities and regions where governments act tepidly in this regard will see their ecosystems fall behind, soon affecting the ability to attract great talent.

“With 2020 in the rear-view mirror, we can see that some startup ecosystems are growing almost twice as fast as before, including Houston, Sydney and Hyderabad.”
— JF Gauthier, Founder & CEO, Startup Genome

Finally, as we look at what transpired in 2020 and look ahead, our research has shown that a few innovation hubs are particularly noteworthy. Three stand out for their fast growth and great talent.

First up, one American city that shows a dramatic growth in startup success and innovation is Philadelphia, Pennsylvania. This city with its longstanding pharmaceutical industry presence has become an emerging life sciences hub that benefited from the research around treatments and vaccines for COVID-19. Additionally, the city has seen a strong uptick in companies focused on AI and Big Data.

Second is Melbourne, which has steadily grown as a hub for tech and life sciences. Its new policy investments across venture funding stages, artificial intelligence, and women entrepreneurship show a commitment to the rapid rise of its tech ecosystem, alongside its leading academic institutions supporting a thriving biotech sector.

“The simple truth is that expensive real estate often is a sign of a developed ecosystem where tech talent increasingly wants to be.”
— JF Gauthier, Founder & CEO, Startup Genome

Thirdly, two Canadian startup hubs with rising success are Toronto and Montréal, thanks to their sustained innovation policy investments, leading AI ecosystems and great universities. In fact, Montréal counts one of the world’s largest number of college students per capita — higher than even Boston — and was ranked the top international student city, dethroning Paris.

Finally, a European startup hub that continues to rise in the ranks is Frankfurt. This city is home to the European Central Bank, leading to an injection of fintech talent and corporate demand for innovation. Additionally, many blockchain companies have popped up to support fintech. Having a strong banking legacy encourages blockchain companies to try out partnerships and to create policy sandboxes in this ecosystem.

JF Gauthier, founder and CEO of Startup Genome, is a Silicon Valley-based serial entrepreneur and angel investor. Watch for the 2021 Global Startup Ecosystem Report to be released in September with further insights and rankings. For more information, visit startupgenome.com.