The Upstate's Talent ROI is Substantial and Growing 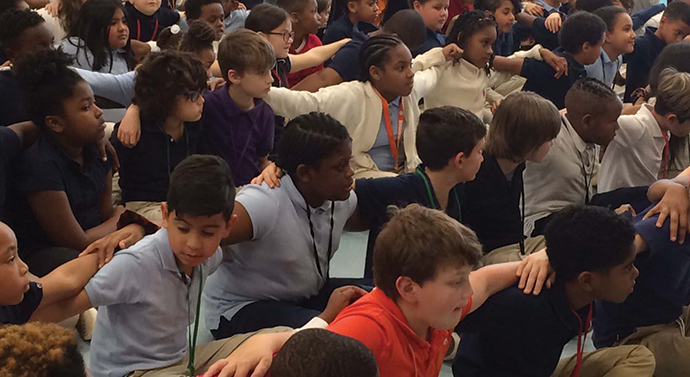 Every year, the South Carolina Teacher of the Year gets the same honor: the privilege of driving for an entire year a brand new BMW X5 manufactured in Spartanburg (in addition to a nice check for $25,000). It’s just one way the German carmaker and other major employers in Upstate South Carolina are connecting with the education system supplying the skills and talent they need.

Among its 11,000 employees, the BMW plant employs hundreds of equipment service associates and maintenance technicians. How do they find the people? In 2010 the company decided to grow its own, creating the BMW Scholars program with four technical colleges in the region where curriculum was developed for what BMW needed, and students attend school nearly tuition-free while working 20 hours a week at the plant. The program has graduated over 300 people in its first decade, and every one of them has been offered a job at BMW. The company also has worked with the technical colleges and the University of South Carolina Upstate to develop a Bachelor of Applied Science (BAS) degree completion program that allows students with an Associate of Applied Science (AAS) in Mechatronics, Industrial Electronics Technology, or Automated Manufacturing Technology to pursue a four-year degree.

Those credentials mean something: An April 2021 report from the South Carolina Manufacturers Alliance notes that transportation equipment manufacturing experienced an average annual employment growth rate of 8% between 2010 and 2019, helping to drive up the annual wage of the average manufacturing job in South Carolina to $60,850, compared to $45,694 for all jobs.

The Upstate is a big reason for the big numbers. The region’s educational institutions aim to keep it that way, building that proverbial talent pipeline whether the jobs are in advanced manufacturing or other advanced fields such as medical devices and life sciences, cybersecurity and fintech, or software development. It starts at places such as the A.J. Whittenberg Elementary School of Engineering in downtown Greenville (a 2020 National Blue Ribbon School), and it extends to the upper echelons at Clemson University.

Deep and Wide Pool of Resources

The Upstate SC Alliance itself has been in on the game, especially during the pandemic. The Alliance launched Skill Up in fall 2020, aiming to connect individuals with 15 in-demand occupations that are accessible with 12 months or fewer of technical training. The program grew out of the Alliance’s Move Up program, which has an equally broad reach into such fields as financial and creative services.

“The challenge for academia is, how do we stay relevant?” says Anand Gramopadhye, Ph.D., dean of the Clemson University College of Engineering, Computing and Applied Sciences. That applies whether you’re dealing with the disappearance of the camshaft from a car engine or the revolution in telehealth and online education. “We in academia have to respond,” he says during an impromptu chat in the hallway on one of several graduation days on campus this spring, “and Clemson has responded very well.”

Partnerships abound, from the cleanroom Nephron is donating to further work on robotics-filled syringes to the slew of automotive, engineering and materials companies working with CU-ICAR, the Clemson University International Center for Automotive Research visible along I-85. A sampling of the university’s corporate partners includes Duke Energy, Samsung, Arthrex, Fluor, Honda, Bosch, Siemens, GE, Michelin and Volvo.

“Right now we have around 55 strategic partners,” explains Jack Ellenberg, associate vice president, Corporate Partners and Strategic Initiatives, at Clemson. His team, including Angela Lockman, a former KPMG consultant who is senior director of business development, is still in startup mode, having just launched in 2017, though with nearly 80 combined years of experience and more than 400 projects and $64 billion in corporate project investments on their resumes.

They have the tools, including five innovation campuses, six research and education centers across the state and ag extension offices in every South Carolina county (Clemson’s original name was Clemson A&M). Ellenberg helped lead state economic development under three governors in his previous life, running offices overseas and opening up inland ports. He knows whereof he speaks, and companies know he will cut to the chase as fast as they will, if not faster.

“We approach everything with an ROI model,” he says. “No one on our team is an academician, and that’s by design. And we purposely did not use the words ‘economic development.’ We said we were going to make it an enterprise.”

Clemson today has 26,000 students, and is in high demand: Applications skyrocketed from 27,926 in March 2020 to 45,406 in March 2021, even as college applications across the nation trended down. Clemson is the No. 29 public university in the nation with $219 million in total research expenditures, and one of only six official Carnegie R1 institutions to have achieved that designation without a medical or veterinary school.

Against that backdrop, Ellenberg develops a portfolio with every corporate partner, looking ahead three to five years, and looking for ways to connect every company’s No. 1 issue — talent — with his team’s No. 1 goal: student engagement.

Sometimes the engagement proceeds to developing new credentials. That’s what happened when Arthrex in 2017 invested $40 million in Sandy Springs near the Clemson campus. Clemson had the best bioengineers (biology is actually its leading major), but Arthrex leadership needed a specific regimen in order to fill positions such as technology consultants, who sit in the OR with surgeons when they are implanting Arthrex devices in patients. Arthrex founder Arthrex President and founder Reinhold Schmieding approached the freshly minted Clemson corporate partnerships team.

“Our faculty worked with him across multiple colleges, primarily business and engineering, to develop two certificate programs, open to any student in any major,” says Lockman. Today 15 students are Arthrex scholars, thereby seeding a talent pipeline. And the company works with Tri-County Tech on the credentialing too.

“The students test drive them, and they test drive the students,” Ellenberg says of the Arthrex program. Clemson’s research campuses are ready for a test drive too, with land and space available, backed by an extremely proactive university president in James Clements. “He likes to use the phrase ‘big and bold’ ” Ellenberg says, “asking questions like ‘How do we transform the industry, and transform society?’ ”

For Ellenberg, one way is to listen.

“We like to talk about soil conditions,” he says. “If you prep the soil, companies will prosper. We ask, ‘What do you need?’ and then we listen. We’ve flipped it from ‘We want you to give to the university’ to “We want you to invest in the university.’ The days of a company saying, ‘I want to give you $20 million to do whatever you do’ are gone. What’s the ROI? We have to deliver on our commitments.

“We’ve changed the model,” he says, “of industry engagement among universities and colleges.”