Indoor Farming is for Real 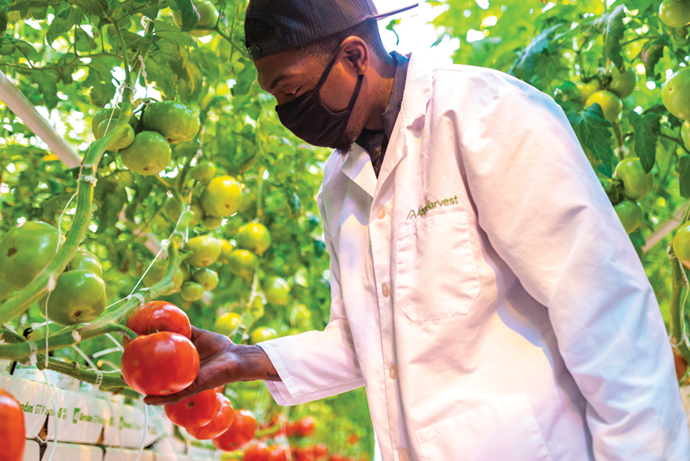 AppHarvest employs 350 workers at its Morehead, Kentucky, greenhouse,
with plans to expand.
Photo courtesy of: AppHarvest
by Gary Daughters

Jonathan Webb’s quixotic dream is coming true. AppHarvest, the ag-tech venture he founded four years ago in Kentucky coal country, went public in February after shipping its first consignment of beefsteak tomatoes weeks earlier from what is North America’s biggest greenhouse. AppHarvest tomatoes now are available in chains such as Publix, Kroger, Walmart and Food City.

AppHarvest announced plans in 2020 for two new indoor farms now under construction near Richmond and Berea, Kentucky, with the goal of having 12 by the end of 2025. Site Selection Senior Editor Gary Daughters caught up with the Kentucky-bred Webb in February.

Site Selection: When the first shipment of AppHarvest tomatoes rolled out of the greeenhouse in January, were you there to watch?

Jonathan Webb: I was on the forklift that loaded the semi-truck with the first boxes. You can’t keep me away from the live action. It’s hard work, but it’s very rewarding, and it was extremely gratifying to finally see the product going out the back door.

Some tomato snobs say if you can’t get your tomatoes off the back of a pickup, you might as well forget it. Is an AppHarvest tomato pickup-worthy?

Webb: We’re able to pick the fruit and get it on the store shelf within 24 hours, reducing trucking from thousands of miles down to a day. So, it’s really the distance and the quality of the seed that makes the difference. I always say there’s nothing better than getting a fruit or vegetable from your grandmother’s backyard.

I’ve looked for your tomatoes at my local Atlanta Publix but haven’t yet found them. How will I know them when I see them?

Webb: You can see the AppHarvest logo on the box. We’re not going heavy right now as far as in-store branding, but if you look for us you can find us. We’ll be picking up on our in-store presence next year.

How has the pandemic affected AppHarvest as you take your product to market?

Webb: It’s really highlighted the problems in the food system we’re working to solve. It’s shone a big spotlight on how fragile our food system is and how vulnerable the U.S. is to importing fruits and vegetables. Beyond that, we feel like we’ve been able to execute on plan. I think it really proves to investors and our partners that we have the ability to lean in and ramp up. This team has always found a way to hit the gas, and that has sped up our development process and allowed us to scale up much more quickly than we had originally planned. 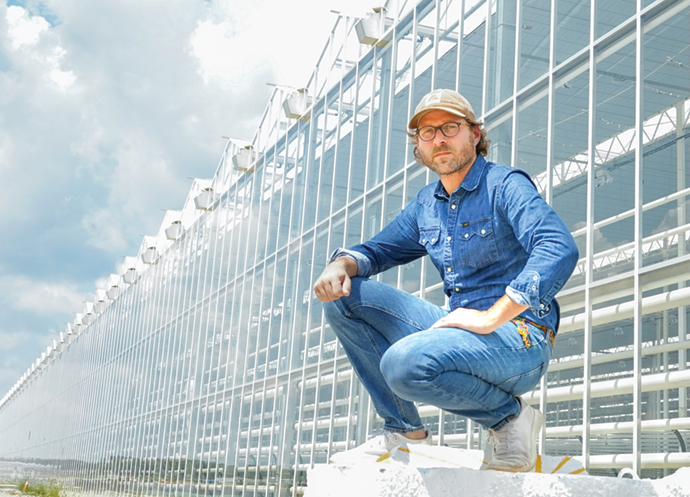 How important has it been to have a contingent of celebrity investors?

Webb: It has been incredibly helpful because we need to take these complex problems with the food system and make them understandable in a way that people can latch onto. Having some of these personalities at the table has really been helpful in igniting that conversation with the everyday Americans we want to target.

As a native of Kentucky, how much pride do you take in building this business in your home state? How important is that to you personally?

Webb: It’s incredibly emotional. I don’t know what it is, but there’s something about this place that a lot of other people just can’t see. I don’t know if it’s in the water or what. It’s been so gratifying to be able to build a publicly traded organization that’s rooted in this place that so many of us love. The sense of place is incredibly motivating and I think it just adds fuel to the fire.

There’s a narrative out there that technology has failed to live up to its promises, that a lot of things that have been prophesized have been slow to develop. What’s your response to that?

Webb: It’s a lack of leadership at all levels. We have CEOs of companies who are incentivized based on quarterly earnings calls. And we have politicians chasing reelection every two years. So, we don’t have the big picture, the long-term thinking. The technologies are there. Whether it’s automotive, energy, water or agriculture, we have incredible technologies that we need to mobilize around. If there’s any silver lining coming out of COVID, maybe it’s that it wakes people up that we need to work together to figure out how to tackle and solve these big, complex problems. The technologies are there. We can do it. We just have to all collectively decide that here’s the problem, here are the solutions, and let’s work together to go after them.