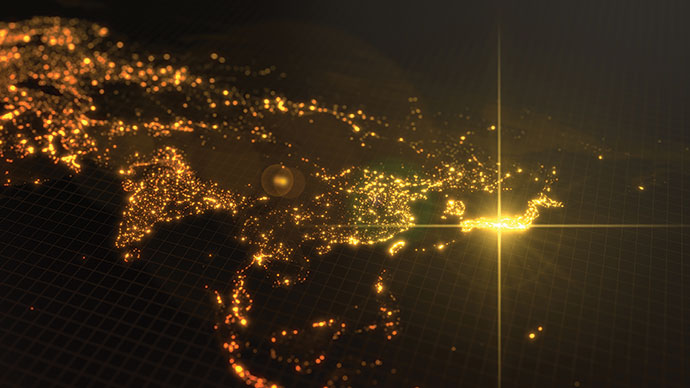 Ongoing social and technological change, together with black swan events such as the Fukushima disaster and the COVID-19 pandemic, continue to transform Japan. Sony is one example of how Japanese multinational corporations are striving to quickly evolve and stay ahead of the pace of change.

In 2019, Sony opened a computation research center in Kyoto, Japan’s former capital. Kyoto was strategically chosen to capitalize on the emerging graduate talent pool in engineering and the humanities from Kyoto’s 38 colleges and universities. The center’s aim is to conduct research into how computation can be used not just to automate production, but to expand human abilities, especially creativity. In parallel, Sony has made multiple acquisitions in the U.S., and has launched JVs in the digitization and AI spaces.

Sony’s approach illustrates a transformative trend occurring in Japan’s MNCs: to look beyond export-led growth, and into the centrality of human talent, both organically and through acquisition. This corporate evolution creates opportunities for American companies, who should consider Japan as a source for investment, a market for their products and a base for regional operations.

Japan is the third-largest economy in the world in nominal GDP, which was US$5.08 trillion in 2019. In addition, Japanese public companies held massive cash reserves of $4.7 trillion in 2019. Japanese investment into the U.S. has increased every year since 2003, and reached just over $619 billion in 2019, making Japan the largest foreign investor in the U.S.

In addition to Japan as a source of investment, U.S. companies should consider Japan as an export market. Consumer spending accounts for 70% of GDP; and Japan remains committed to transparent and rules-based trade in goods and services. In contrast to China, Japan has little trade tension with the U.S. Recent trade agreements with the U.S. create opportunities in agricultural products and food, as well as computational and ICT products. Moreover, there is significant market opportunity in biotechnology, biomedical devices and pharmaceuticals.

The US-Japan Trade Agreement (USJTA) came into effect January 1, 2020. Now over 90% of U.S. food and agricultural exports to Japan are either duty-free, or receive preferential tariff access. Japanese consumers demand and pay for high quality; food safety is paramount, and U.S. products are regarded as both high quality and safe. The market for organic foods continues double-digit growth, and functional foods are a growing category. In addition, traceability is important; Japanese consumers appreciate knowing where their food came from and who grew it. Food packaging and restaurant promotional materials often include pictures and brief bios of farmers.

In conjunction with the USJTA, the two countries concluded a separate trade agreement covering digital products and services. The agreement is world-leading in standards and scope. The treaty exempts digital products from customs duties and ensures non-discriminatory treatment, including tax treatment, of digital products. Cross-border data transfer is barrier-free and data localization requirements, including for financial services suppliers, are prohibited.

Japan’s high median income as well as its aging population make it a lucrative market for cutting edge biotech and biomedical products. Medicine is heavily subsidized, so there is a two-tier market for pharmaceuticals, with generics widely accepted, and name brand medications also eagerly sought after.

Whether you are planning to serve the Japanese market or the regional ASEAN market, Japan is an excellent location. Depending on the type of business you are in, or the type you seek, different areas in Japan might be most appropriate for you to build your business.

If you are in the finance, fintech, or consumer goods business, consider Tokyo. Tokyo is the fourth-largest financial hub in the world and hosts almost 40 Fortune 500 companies. In addition, its data transmission capabilities are unparalleled. 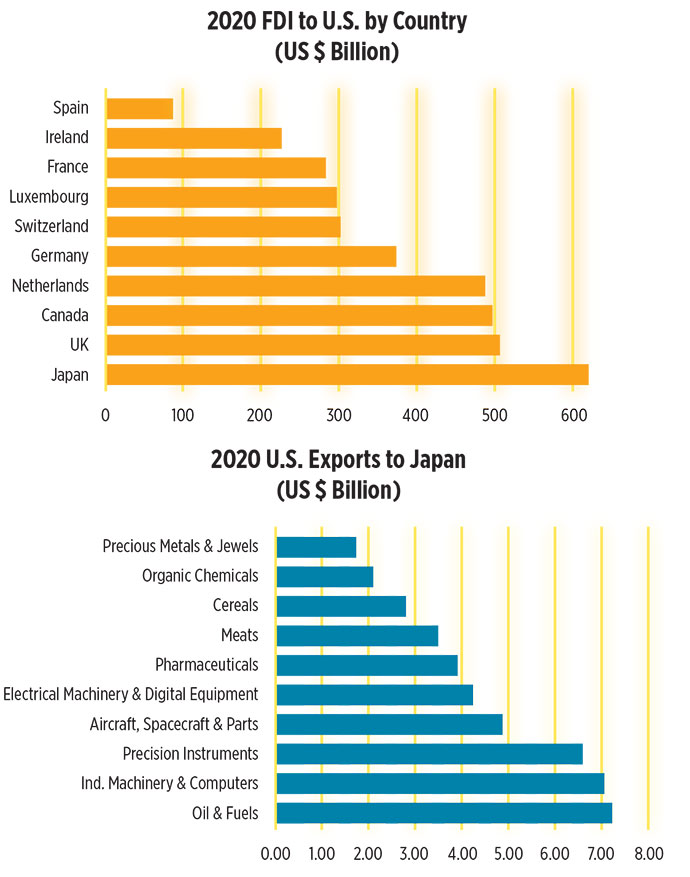 The Japan-U.S. trade relationship is robust in both directions.

Around 500 km. (310 miles) to the west-southwest of Tokyo is Osaka, a large port city and a leading commercial center for at least 500 years. Today Osaka is a leading hub for both startups and data centers. Historically, Osaka has stronger ties to Southeast Asia than does Tokyo, so if your business looks toward that region, Osaka should be part of your plan.

Between Tokyo and Osaka is Nagoya, the center of the third largest urban area in Japan, with a strong heavy manufacturing presence. It is home to Toyota and other major players such as Kawasaki Heavy Industry, Mitsubishi Aircraft and Fuji Heavy Industry. American companies seeking entry to or expansion in Japan’s automotive and aerospace ecosystems should consider the Nagoya area.

Up-and-coming locations include Kyoto, Kobe, and the city of Fukuoka on the island of Kyushu. In addition to its engineering talent, Kyoto has a tranche of mid-market electronics companies. It’s also home to the headquarters of Kyocera, Omron Nintendo and NIDEC.

Kobe is a port city that has long been a hub for international trade, as well as a university town. It is home to a growing biotech cluster, and local governments put in place incentive programs to support and develop the industry. Fukuoka is an emerging tech hub, has transport and cultural connections to SE Asia, and is known for lifestyle.

Positioned for the Rebound

As you look toward Japan, it is important to recognize that the country has performed relatively well during the COVID-19 pandemic. The economy has not shut down, although events and gatherings are limited, and business hours for certain types of businesses such as bars and restaurants are restricted. However, Japan has limited entry to the country to 1,000 persons per day, so visas should be applied for well in advance.

Like the rest of the world, Japan’s economy has taken a hit, shrinking by about 5% in 2020. But it is forecast to turn around in Q4 of this year, and grow by just over 3.4% for the year. Both corporate cash reserves and private savings have blunted impacts on the economy, and demand should rebound in the second half of the year.

Japan is open for business. Leading Japanese MNCs invest globally. It is a lucrative export market with a rules-based IP regime, and provides access to other markets in the region. Whether you’re a U.S. state seeking FDI or a U.S. corporation seeking market entry or expansion, Japan should be a destination.