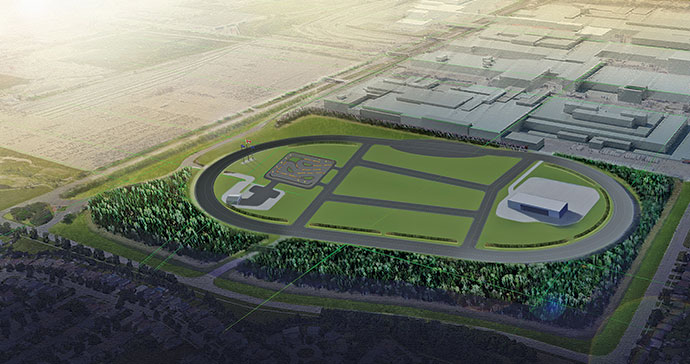 With so many entities eager to show prospects how ready their land is for development, there’s always a risk that the standards for “certification” could get watered down in the interest of the sales pitch. So I asked Gregg Wassmansdorf, the Toronto-based senior managing director of both consulting and global corporate services at Newmark, which requirements and standards give site certification programs credibility today.

“There are more than 30 programs around North America today promoting certified sites, shovel-ready sites, investment-ready sites, and so forth,” he says. “They are administered by senior or local levels of government, utilities, railways, and others, and as a consequence each one has different qualifying criteria and standards. There are a number of factors that make for a successful mega site program, whether they carry a ‘certified’ stamp or not.”

In short order, they include:

“It takes considerable time, money and effort to address these factors and be ‘investment ready,’ especially for very large projects,” Wassmansdorf explains.

One area seeking to address those factors is the province of Ontario, which recently named Newmark to support the delivery of Canada’s first mega site program, named the Job Site Challenge. Housed with the Ontario Ministry of Economic Development, Job Creation and Trade, the program falls under the remit of the Small Business and Red Tape Reduction division, and the email address for candidates wanting to submit their parcel speaks directly to the program’s goal: burdenreductionteam@ontario.ca.

The program came about as part of the province’s “Driving Prosperity” program to strengthen the automotive sector’s competitiveness. Fiat Chrysler (now Stellantis), Ford, General Motors, Honda, Toyota and truck manufacturer Hino all build vehicles in the province. But the new program hopes to snare prospects across a range of industries such as aerospace, agri-food, semiconductors and life sciences. Newmark was chosen as a program partner in part because of its global expertise with corporate clients in these and other sectors.

I asked Wassmansdorf by this new mega site program makes sense for the province.

“I think people sometimes forget a few important facts — that Canada is the 10th largest economy in the world, that Ontario is an economic powerhouse in many diverse economic sectors, and that manufacturing is the second largest industry sector in Ontario comprising 12% of provincial GDP,” he says. “A mega site program makes sense in Ontario because it provides a level of investment readiness for major projects that is difficult to achieve, or promote, if locations and sites are not ready to accommodate a truly massive industrial project.” 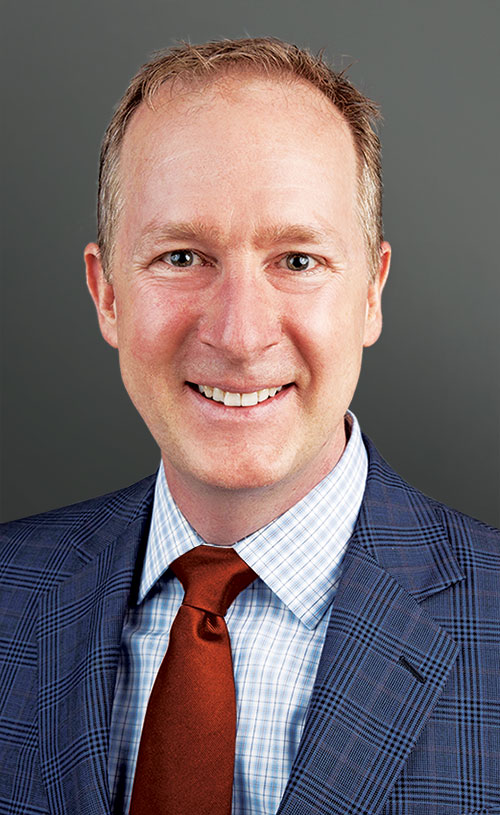 “A mega site program makes sense in Ontario because it provides a level of investment readiness for major projects that is difficult to achieve, or promote, if locations and sites are not ready to accommodate a truly massive industrial project.”
— Gregg Wassmansdorf, Senior Managing Director, Newmark

He says the range of candidates thus far is wide, including several brownfield redevelopment options and greenfield options representing urban, suburban and rural communities around the province.

The program comes many years after the continent’s first mega site program was launched by TVA and McCallum Sweeney in 2004. What took Ontario so long?

“Ontario has a very mature and competent industrial real estate sector that promotes first-class land development and new building construction in the primary and secondary markets around the province,” Wassmansdorf says. “I think the Ministry of Economic Development, Job Creation and Trade has acknowledged a knowledge gap in the market in which the Province has not been aware of the availability of investment-ready sites and has decided to be more proactive than previous governments. 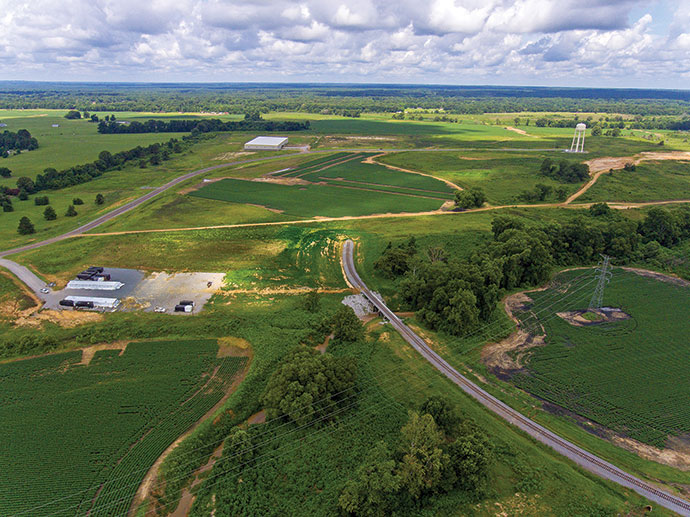 Companies that need space to expand should look no further than Mississippi. With its convenient access to domestic and international markets, competitive energy rates and low cost of doing business, Mississippi can meet all your site needs.

In addition, the Magnolia State is less than a day’s drive from places like Dallas, New Orleans, Atlanta and Nashville, making it a strategic location to do business.

Below are a few of the sites currently available in Mississippi, but for a complete list, go to mississippi.org.

Rankin First Economic Development Authority has listed the East Metropolitan Center industrial site in Rankin County, Mississippi. This 883-acre site is located at Mississippi 18 and Marquette Road in Brandon, near Interstate 20. The site is in an industrial park and is within a Foreign Trade Zone. The primary airport is Jackson-Medgar Wiley Evers International, which is less than four miles away, and I-20, the east-west interstate, is one mile from the site; while the north-south Interstate 55 is eight miles away. Adjacent to the site is Kansas City Southern Railway, and the Port of Vicksburg is 50 miles west on I-20. The capital city of Jackson has a population of more than 526,000 and a labor force of 258,000. Other large employers in the area include Nissan, Eaton Aerospace, Colorbox (Georgia Pacific), Johnson Controls, Nucor Steel, Siemens and Vertex Aerospace. For more information, go to rankinfirst.com.

The Hancock County Port and Harbor Commission has listed the Port Bienville Megasite. The 1,000-plus-acre site offers rail, water and highway access with an unparalleled surrounding to ensure privacy — a heavy industrial park setting that borders a 135,000-acre acoustic Buffer Zone for NASA’s John C. Stennis Space Center. The site is under full control of the local economic development authority, with due diligence done and industrial utility access.

Port Bienville connects an array of operations to supply chain networks along the Gulf Coast through train, water and interstate access. Shortline rail connects to CSX, which offers access to virtually the entire Eastern U.S., while heavy-haul trucking roads move goods to multiple connections including I-10, I-12, I-59 and U.S. highways 49 and 90 for nationwide coverage. Access to the Intracoastal Waterway, including the Port of New Orleans, opens up Mississippi River routes and deep-water for global access. Leading industrial companies like SABIC Innovative Plastics, Calgon Carbon Corporation, DAK Americas and Jindal Tubular rely on Port Bienville for global supply chains that are rapid and cost-effective. For more information, go to portairspace.com.

The Business and Technology Park in Grenada, Mississippi, is 1,175 acres, and is located at 505 American Way. The property is an industrial site along I-55 and is for sale or lease. It has utilities on site, including rail and an adjacent airport. Utilities are supplied by the Tennessee Valley Authority, and water is provided by the city of Grenada. Atmos Energy supplies natural gas, and the site does include fiber optics from AT&T, Cspire and Sparklight. The nearest federal roadway is U.S. Highway 51.

The northern section of the park also features a 500,000-square-foot ready pad TVA site. This site is in the New Market Tax Credit Zone and has access to three ports: Port of Rosedale (70 miles), Lowndes County Port (100 miles) and Port of Gulfport (270 miles).

For more information on any of the sites described above, go to grenadameansbusiness.com.


Certified and Sustainable: Iowa Is Shovel-Ready 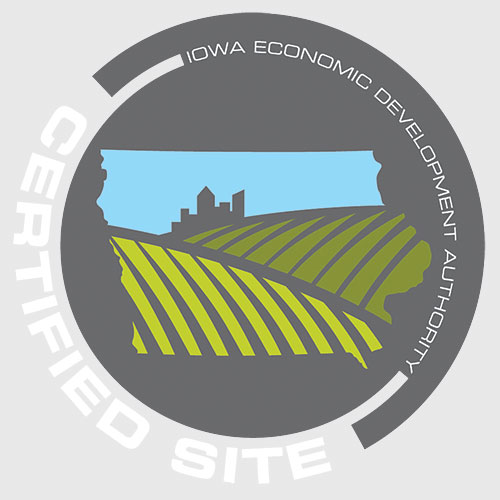 Ready to expand your business? Look no further than America’s heartland. With more than 26 development-ready locations, companies can easily find the right option to fit their needs risk-free on an accelerated timeline thanks to Iowa’s Certified Sites program — first introduced in 2012 by the Iowa Economic Development Authority (IEDA).

Though the number of Iowa’s certified sites has steadily grown since the program was established, offering the most certified sites is not the state’s goal. “We’re using the most robust certification program in the country,” said Amy Kuhlers, IEDA’s Certified Sites program manager. “Our focus on quality, not quantity, is driving the program’s success.”

As business needs rapidly evolve, the demand for environmentally conscious industrial sites has increased. With this priority in mind, Iowa expanded its Certified Sites program to include Green Business Parks (which incorporate solar power, rain gardens and other “green” components). This certification offers an option for sustainability-minded businesses who are seeking locations with conservation top-of-mind.

“Adhering to environmentally friendly principles is becoming increasingly important to businesses and the industry,” said Debi Durham, Executive Director, IEDA and Iowa Finance Authority. “We designed the Green Certification criteria to meet the needs of companies, gain a competitive advantage as we attract new investment and proactively offer infrastructure that promotes sustainability.”

The Green Business Parks certification preserves site’s natural features and recognizes the importance of environmentally sensitive design in office and industrial developments. In the last three years, Woodward Eco-Business Park and the Anderson 400 became the state’s first two sites to be certified for sustainable business development. These sites meet the unique needs of companies looking to reduce their environmental footprint and conserve the state’s natural parks and wetlands.

For more information about the program and a comprehensive list of available sites, visit IowaEDA.com/locations.