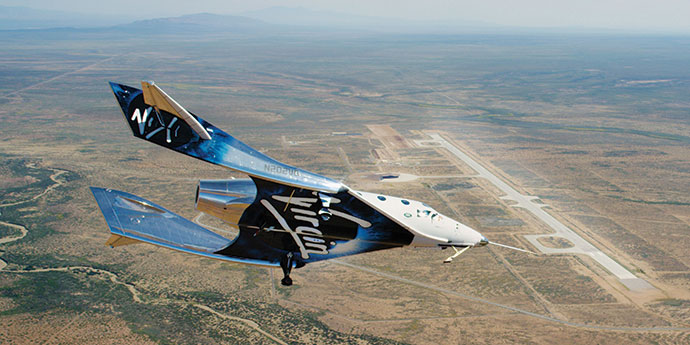 Derided for years as a costly government boondoggle, and having now endured a damaging public scandal, New Mexico’s Spaceport America has nonetheless accumulated several recent victories that suggest a path toward its initial promise.

Virgin Galactic, the state’s original partner in the $220 million project, executed its first test flight from Spaceport America in May 2020, when its VSS Unity spacecraft dropped from a parent aircraft and reached Mach 0.7 on a piloted glide back to the runway. While a subsequent flight in December was aborted after Unity’s engine misfired, Virgin Galactic still hopes to begin flying tourists into sub-orbital space this year. Spaceport is where it will happen.

Virgin Galactic now has about 180 people at Spaceport’s signature Gateway to Space facility, which suffered numerous years of construction delays. Envisioned as anchor tenant from Spaceport’s 2006 inception, Virgin Galactic didn’t go all-in at the base north of Las Cruces until 2019. Criticism has come from all angles.

“Unfortunately, the public narrative has been that Spaceport America and Virgin Galactic are one and the same, and we’re not,” says Alice Carruth, Spaceport’s public relations coordinator. “We’ve been a commercially operational facility since 2006 and we’ve since hosted over 300 launches. We see ourselves as a very successful facility.”

As Carruth spoke with Site Selection by phone, she noted the newly begun construction of a massive centrifuge by Spaceport’s second-largest tenant, SpinLaunch. The California-based company plans to literally hurl satellites into space after spinning them round the centrifuge until they reach speeds in excess of 5,000 mph. It hopes to test the unusual contraption this year.

SpinLaunch signed a lease agreement in 2019, promising an initial $7 million investment and the creation of 20 new jobs. The company now expects to invest $46 million of private money in construction and expansion over 10 years. In December, it announced the hiring of 59 additional “highly-paid” workers, aided by $4 million worth of job-creation incentives. 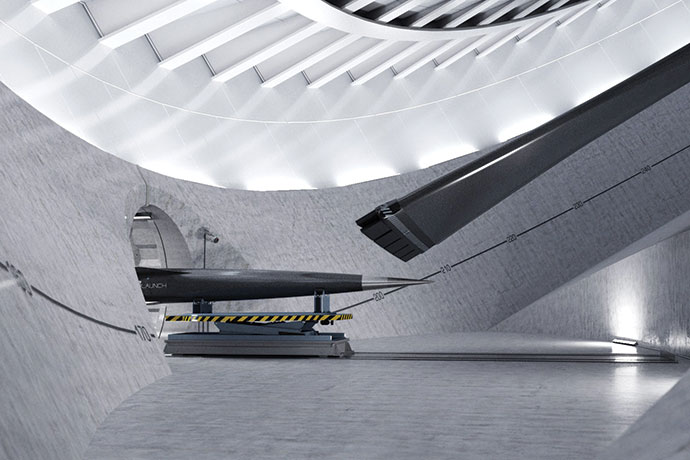 SpinLaunch is building a massive centrifuge at Spaceport America.
Photo courtesy of SpinLaunch

“SpinLaunch will grow into thousands of employees as we develop,” said founder Jonathan Yaney. “When you’re this young of a company, with this bold of a concept, being able to receive assistance is absolutely essential.”

Spaceport’s recent progress has nonetheless been marred by the forced removal in August of its long-time CEO Dan Hicks amid reports of potentially criminal mismanagement. Financial irregularities cited in a 326-page audit released in November included hundreds of thousands of dollars’ worth of questionable, taxpayer-funded travel, in addition to other alleged financial malfeasance. Hicks remains the subject of a criminal investigation by the state attorney general.

The new Netflix investment in Albuquerque’s ABQ Studios, detailed by Site Selection in January, (“Locations Roll Out the Red Carpet for Netflix Investment”), was easily New Mexico’s biggest deal of 2020. The billion-dollar project might never have occurred but for a chance conversation going back close to three years. At that time, ABQ was operating far short of its intended capacity and had established a record of underperformance since its 2007 opening.

Alicia Keyes, now New Mexico’s Cabinet Secretary for Economic Development, was film liaison for the Albuquerque Film Office in the spring of 2018 and, as told to Site Selection, was mulling ways to better leverage the facility. Netflix, at the time, was juggling several productions in the area.

“I was talking on the phone with a friend at Netflix,” Keyes related, “when he mentioned having to fly executives back and forth each week between L.A. and Albuquerque. And I just said to him, ‘Why are you guys not buying ABQ?”

Netflix would end up purchasing the 28-acre (11-hectare) campus for less than a third of ABQ’s original $91 million cost. It received state and local incentives totaling $14.5 million on top of generous film credits as it pledged to re-invest in the studio and to spend at least $1 billion on productions over a 10-year span.

Since landing in Albuquerque, Netflix, which now plans an additional $1 billion for productions, has spent more than $200 million in New Mexico, utilized more than 2,000 production vendors and hired over 1,600 cast and crew members.

In addition to the newly announced production spending, Netflix is to invest $500 million in a massive studio expansion, thus turning ABQ into the company’s biggest North American production hub.