Growing Unicorns in The Land of 10,000 Lakes

From Silicon Valley to Eden Prairie, Arctic Wolf makes a trek to prosperity. 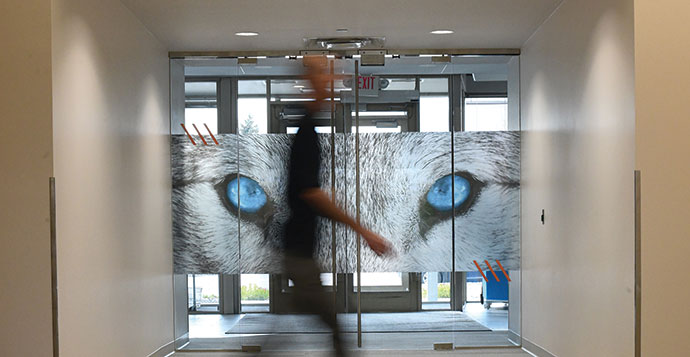 It’s not every day that you find a Silicon Valley unicorn setting up shop in a Midwestern town of 64,179 people. But that’s exactly where we found Arctic Wolf, a cybersecurity phenom of a company, when we interviewed Kristin Dean, the company’s senior vice president of people.

Last October, this rapidly ascending firm said goodbye to Sunnyvale, California, and hello to Eden Prairie, Minnesota, where the company is moving its headquarters after raising $200 million in capital. 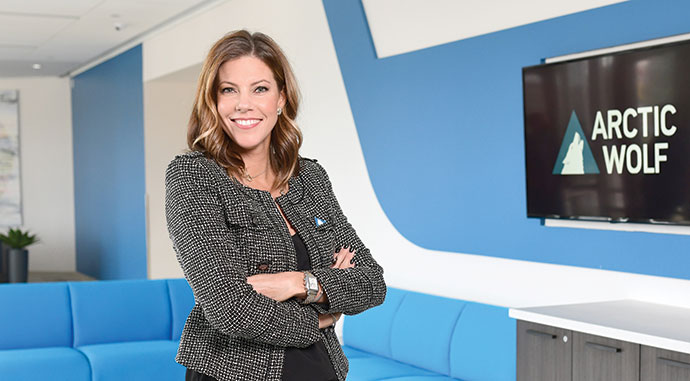 “I think this state gets overlooked sometimes. Minnesota has an immense population of software developers and security engineers.”
— Kristin Dean, SVP of People, Arctic Wolf

The new funding led by Viking Global Investors puts Arctic Wolf at a valuation of more than $1 billion and allows the firm to expand its portfolio of cybersecurity offerings. The company said it expects to hire 150 new people by the end of this year.

Dean sat down recently for a Zoom meeting where she described Arctic Wolf’s humble beginnings and ultimate relocation to a town 12 miles southwest of downtown Minneapolis.

“We originally were from Sunnyvale, and we had an office in Waterloo, Ontario, too,” Dean says. “Our first employee in Minnesota was five years ago,” she notes, referencing a time when the company would expand to three employees working out of a local supermarket. “We are over 210 people in Minnesota now and over 700 in the company.”

It’s clear that Minnesota has had a lot to do with Arctic Wolf’s meteoric rise. “This is the fourth tech startup that I have worked on in Minnesota,” says Dean. “I think this state gets overlooked sometimes. Minnesota has an immense population of software developers and security engineers. We looked at Utah and Waterloo, but with our leadership team based in Minnesota, this location made the most sense. We conducted the site search by asking, ‘Where is the most amount of talent?’ The answer is right here.”

The site search lasted only a couple of months, with the final decision coming in late October of 2020. “When the pandemic hit, we did not have any downtime,” says Dean. “We were structured in a way where we could all go home and keep working. I went home and worked in Eden Prairie,” a Hennepin County community that is the Twin Cities’ seventh-largest suburb.

Dean adds that about 90% of Arctic Wolf’s staff is still working remotely, but that is not the long-range plan. “We thrive with in-person collaboration,” she notes. “We want to bring our employees back to the office. People enjoy coming to work here.”

Is the Humble State Keeping Too Quiet?

There have been only a handful of tech unicorns in Minnesota, and Arctic Wolf is proving to be one of its most successful. “The headquarters move paired nicely with our billion-dollar valuation and our new funding,” Dean says. “We were experiencing heightened growth. It was just a paperwork change to declare Minnesota our headquarters. It has enabled us to continue our growth plans.”

Those plans include growing even more in Minnesota, Dean adds. “We have a large hiring plan. We love Eden Prairie. We are planning to grow here. The world is our oyster.” 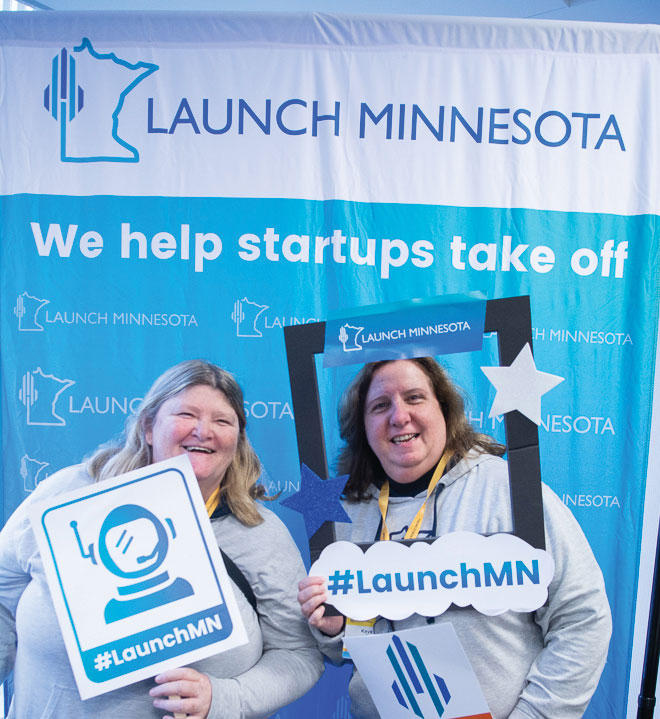 When asked why the firm chose Eden Prairie, Dean said, “It is a great city. It has a lot of shopping and restaurants close to our headquarters. It is very easy to get to as well, being just 20 minutes from MSP Airport.”

Steve Grove, commissioner of the Minnesota Department of Employment and Economic Development, says that success stories like Arctic Wolf are the state’s hidden gems. “Our talent is our best-kept secret,” he says. “But we are a humble state, and we don’t brag about ourselves. We think that Minnesota can be the problem-solving capital of the new economy. The people who live here are committed to solving the problems of our time. This has been illustrated during the COVID-19 pandemic. We have a problem-solving mentality in Minnesota. That kind of grit and determination still exists here.”

A little over a year ago, DEED established Launch Minnesota, an initiative to support early-stage startups in need of capital. “We have awarded about $3 million in grants through Launch Minnesota,” says Grove, who moved his own family from California two years ago to build a new life in the Midwest. “We are bullish on these firms. Combine that with the Angel Investor Tax Credit, and there is a lot of good that we can do.”

He points to the Mayo Clinic in Rochester as a shining example of what can happen statewide given the right ecosystem of support for entrepreneurs. “We have partnered with Mayo,” he says. “Startups do not have to be in just your large metro hubs. People who start companies here really care about their ideas, and they are willing to help each other.”

A Medical Destination for the World

Echoing that point is Patrick Seeb, executive director of Destination Medical Center, the economic development organization for Rochester, a 110,000-resident city that attracts 3 million visitors a year due to the presence of the world-renowned Mayo Clinic.

“Just 75 miles south of the Twin Cities, we have the No. 1 health-care system in the country,” says Seeb. “We are a destination. People come from all over the United States, Canada, the Middle East and the world. People who are making choices about where to go for highly sophisticated health care choose Mayo. Mayo attracts the best talent — scientists, physicians and researchers from all over the world.”

Discovery Square, a new private development campus in Rochester, will help lure medical companies and other high-tech firms from around the globe, says Seeb. “We already have Epic, Boston Scientific, Philips and a Chinese startup that uses AI for diagnostic purposes. If you’re in the business of regenerative medicine, you need a presence in Rochester.”

The Heart of the City is another development that seeks to capitalize on this interest. “Mayo Clinic is not a single building or a single hospital,” says Seeb. “It’s a campus of hospitals and 35,000 employees in downtown Rochester. The hospitality community is here too. The Heart of the City is designed to be a public space for the people who come here. Our goal is to make it comfortable, attractive and inspiring.”

Seeb says his pitch to prospects is simple. “The brand value of Mayo Clinic is off the charts. To be affiliated with Mayo would be a huge asset to any firm.”