Off to a Hot Start 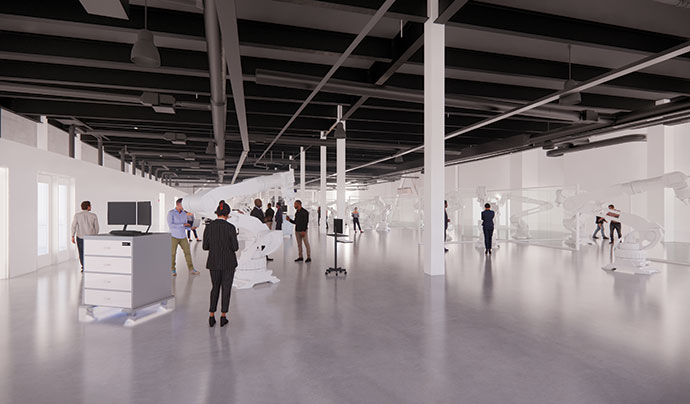 BMW Manufacturing in February announced the construction of a new training center at its campus in Spartanburg, set to open in summer 2020.
Image courtesy of BMW Group
by GARY DAUGHTERS

Since its founding in 1915 on the shores of southern Germany’s idyllic Lake Constance, ZF Friedrichshafen has gone from building gears for the flying machines of Count Ferdinand von Zeppelin to making auto parts for OEMs the world over. The rapid ascent of ZF’s largest U.S. manufacturing plant gained lift in February through the announcement of a major expansion that’s to create 500 manufacturing jobs in Laurens County, S.C.

Now the globe’s fifth-largest Tier 1 automotive supplier, ZF employs 160,000 workers in more than 40 countries. Its 40 U.S. locations include four in the Palmetto State. The newly expanding plant in Gray Court, south of Greenville, is ZF’s biggest operation in America “by far,” the company says, with 2,200 workers. Since opening in 2012, the plant has produced some 5.5 million transmissions amid consistent re-investment from the company’s North American headquarters in Detroit.

“We started production in 2012 with our eight- and nine-speed automatic transmissions and quickly became a center of manufacturing excellence,” says Thomas Joos, Vice President of ZF Transmissions Gray Court. “As a result, we’ve been expanding our manufacturing footprint since our grand opening.”

ZF’s three-year, $200 million investment in the 1.7-million-sq.-ft. (180,000-sq.-m.) Gray Court plant is to accommodate production of its new commercial-grade “PowerLine” transmission, designed for both gas-fueled and plug-in hybrid vehicles. Gray Court will become the exclusive maker of PowerLine systems for the U.S. market. The expansion, the company says, will serve new “multiyear” contracts ZF has signed with “multiple North American customers,” including makers of medium-duty commercial trucks, buses and heavy-duty pickups.

As ZF notes, its Gray Court location is close to BMW’s assembly plant in Spartanburg. In 2019, the companies forged an agreement for ZF to become the sole supplier of transmissions for the Greer facility. Last July, ZF announced that it would no longer develop components for internal combustion engines, “but will instead focus on long-range plug-in hybrids and purely electric vehicles.”

South Carolina Commerce Secretary Bobby Hitt, who, in his nine years on the job has helped recruit tens of billions of dollars of capital investment to South Carolina, faced down calls for his firing or resignation over alleged lax oversight of economic development grants and tax breaks. A legislative audit completed in June found that state officials did not claw back awards to companies that failed to meet jobs and investment commitments.

The audit was sparked amid questions over the bombshell, 2019 recruitment of the Carolina Panthers, which resulted in the border-hopping relocation of the NFL football team’s headquarters and practice facility from Charlotte to Rock Hill, in Upstate York County. Gov. Henry McMaster likened the move’s potential impact to the state’s earlier recruitments of both BMW and Boeing, but certain state lawmakers blanched at the notion of awarding $115 million in state tax breaks to the Panthers’ billionaire owner, David Tepper.

Conducted by the S.C. Legislative Audit Council, the 10-year review identified more than $12 million in tax breaks and grant money that the agency left on the table after companies failed to meet job-creation requirements. It slammed the process of awarding incentives and tracking adherence as lacking transparency and accountability.

In response, Hitt suggested that legislative auditors “may not fully appreciate how Commerce’s relationship and interaction with prospective companies plays a key role in attracting economic development projects that could locate anywhere. If we cannot sell South Carolina as business-friendly,” Hitt concluded, “our incentives programs never come into play.”

South Carolina’s biggest catch of 2020 was a whopper. A new brewery and production facility now being built by Chicago-based Mark Anthony Brewing is to bring 300 jobs to Columbia through an investment of $400 million. It ranks as the second-largest investment in Richland County history and the biggest since 2016, when China Jushi located a $300 million fiberglass manufacturing plant there. (International Paper, which built a $600 million plant in Eastover in 1984, announced plans in September to invest $175 million in the facility over the next 10 years).

Mark Anthony, maker of the popular White Claw Hard Seltzer, is moving fast and plans to open the 1-million-sq.-ft. (92,900-sq.-m.) brewery at Columbia’s Pineview Industrial Park, near China Jushi, this May. One of the largest U.S. breweries to be constructed in recent memory, it will be Mark Anthony’s largest of three located to support surging sales in the southern U.S. 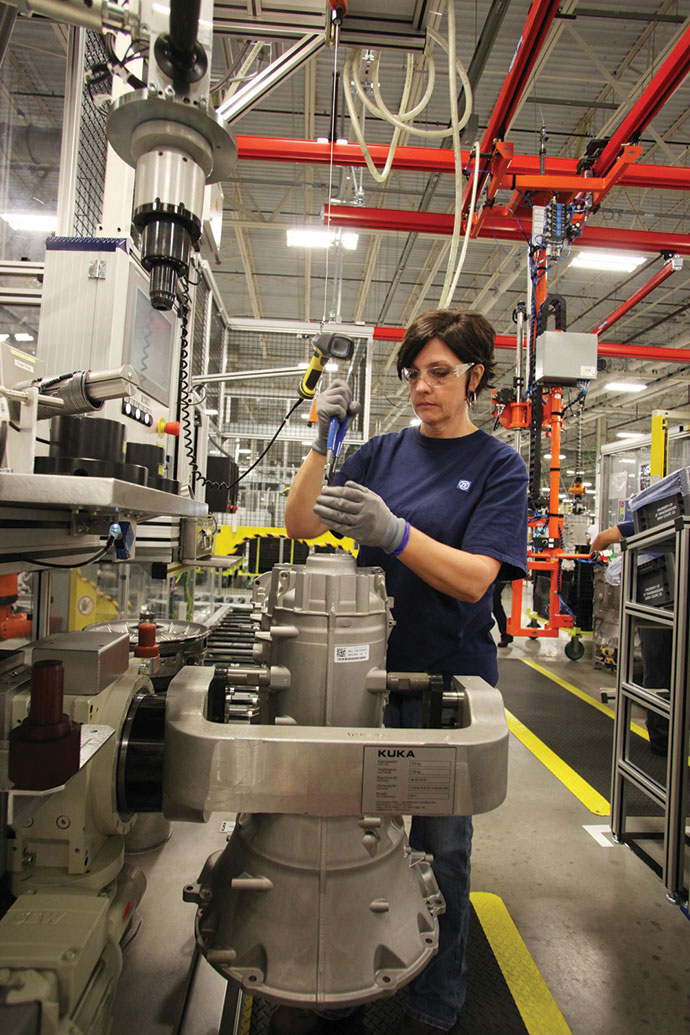 “One of the primary reasons we selected Richland County was the spirit of collaboration and engagement from the State of South Carolina, the South Carolina Department of Commerce and the Richland County Council that have embraced our vision and understand our ambitious timeline to transform this location from initial concept to a fully operational facility in record time,” said the company’s president, John Sacksteder.

In exchange for its investment, the company is to receive state tax credits for the jobs it brings, plus a $4.6 million state infrastructure grant. Mark Anthony also was awarded a $1.5 million grant from Richland County and was deeded 200 acres (80 hectares) for brewery construction.

Columbia anchors the southern base of South Carolina’s I-77 Region, which darts northward to the southern suburbs of Charlotte through the five Upstate counties of Richland, Lancaster, Chester, Fairfield and York. Since the Mark Anthony announcement in November, the region has received commitments representing $76 million in capital investment from Sensor Electronic Technology ($55 million/40 jobs in Richland County), 3D Systems ($13 million/50 jobs in York County), Qualex Manufacturing ($2 million/60 jobs in Fairfield County) and Scentsy ($6 million/200 jobs in York County).