The South Carolina Ports Authority Makes All the Right Moves 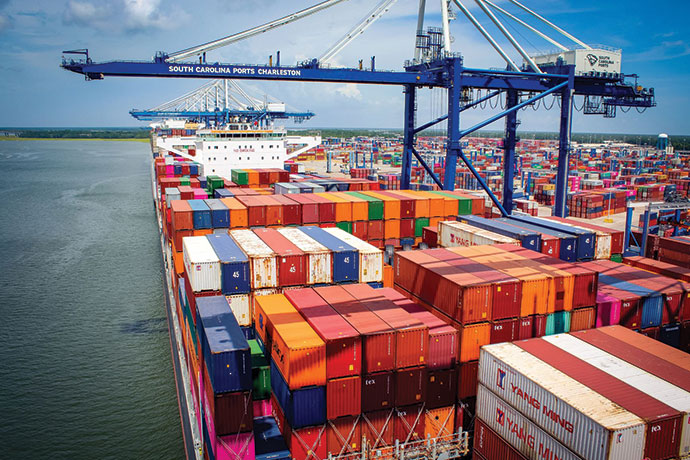 Nearly $2 billion in infrastructure investment has paved the way for expanded business throughout the SC Ports network, including at the Port of Charleston.
Photo by English Purcell courtesy of SC Ports
by ADAM BRUNS

Over the past decade, South Carolina has welcomed annual business recruitment and expansion investments totaling $4 billion or more eight different times, and South Carolina Ports have doubled cargo volume. Those kinds of numbers speak to the starring role played by one key infrastructure element: the reliable, efficient operations offered by South Carolina Ports.

Walmart knows big numbers. Its latest include a $220 million, 3-million-sq.-ft. distribution center on a port-owned site at Ridgeville Industrial Park in Dorchester County that will create 1,000 jobs and single-handedly boost port volume by 5%. Close on its heels comes the largest spec industrial facility ever built in the Charleston region — a 1,019,200-sq.-ft., cross-dock industrial building from The Keith Corporation in the Charleston Trade Center along I-26 in Summerville.

Retail was already going through major supply chain changes before COVID-19. The pandemic simply put decision-making into overdrive, says Micah Mallace, SC Ports senior vice president of marketing and sales. “We’ve never had a moment when we have seen so many major transformational opportunities as we see today.”

SC Ports is ready for them. While all ports took an immediate hit in volume in 2020, the steady hand of the SC Ports system was able to handle the crush of e-commerce that came later.

“They weren’t going to do that unless we had the foresight to invest in our future as well,” he says. “One of the advantages of a state-owned and operated port is we have a lot more control over investments and the quality of our product.”

The Walmart project broke ground in December 2020, but SC Ports staff work on it began in 2017, based in part on a relationship Newsome had maintained since his ocean carrier days. The key thing for an import distribution hub is scale. Hence the 1,000 acres SC Ports bought in Ridgeville. “There are not a whole lot of places on the coast you can do that,” Newsome says.

Perhaps most important, the sophisticated Walmart way of doing business aligned like an incoming container ship with SC Ports’ culture.

The coming year brings SC Ports’ product to an unprecedented level for an unprecedented time. The $1 billion, 300-acre Hugh K. Leatherman Terminal in North Charleston, set to open in March, will be the country’s first container terminal in more than a decade, add 700,000 TEUs of annual throughput capacity in phase one, and 2.4 million at full build-out, doubling port capacity. Enhancements at Wando Welch Terminal valued at around $500 million will also expand capabilities. 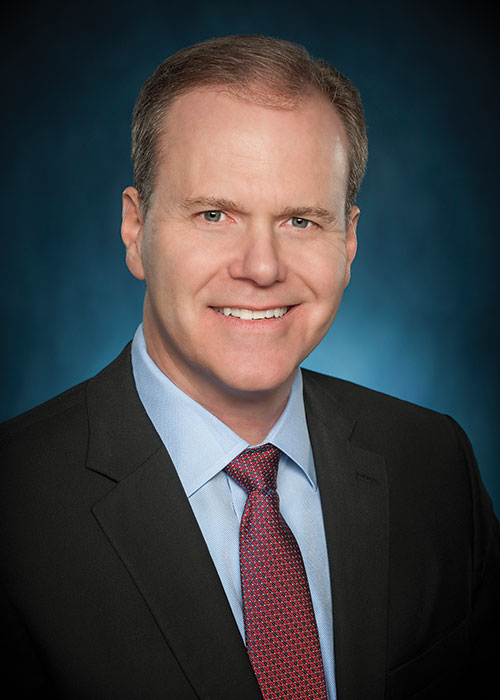 The Charleston Harbor Deepening Project, taking the channel to 52 feet in depth, will enable mega container ships to access port terminals any time without tidal restrictions. By next year, the port will be the deepest on the East Coast.

Newsome says the infrastructure is coming online not a moment too soon, as 10 mega container ship systems above 12,000-TEUs will be on the East Coast in 2021. That’s reassuring to retailers building distribution centers and cold-chain facilities nearby, all the better to handle population growth in more than a dozen booming metros across the Southeast.

“We have been impressed by the South Carolina Ports Authority’s ability to grow its retail customers in addition to its legacy, manufacturing-oriented cargo base,” says Lee Allen, managing director, JLL Industrial Services (Charleston). His colleague Rich Thompson, global head of supply chain & logistics solutions for JLL, adds, “The trick in supply chain is to keep goods flowing and get them to and from the port as efficiently and effectively as possible. SC Ports has created a very efficient intermodal connection to both Greer and Dillon, South Carolina, which is a competitive advantage for both their manufacturing and distribution customers.”

“Greer made people realize we weren’t just a port for Charleston, but for the whole state,” Newsome says. Goods travel to and from the Port of Charleston and Inland Port Greer via rail, and more than 90 million consumers can be reached in a one-day truck trip from Greer.

“An intelligent retailer could put up an import transload or distribution center and have a lot of advantage accessing the Midwest,” says Newsome. “One challenge in import distribution is domestic truck capacity, and there’s a lot of it in this corridor.”

John C. Martin, manager of global transportation planning and economics consultancy Martin Associates, says the advantages SC Ports’ improvements confer extend beyond the state to the beneficial cargo owners located in the Midwest. “With the growth in Asian services increasing at the U.S. East and Gulf Coast ports, and the continual decline in market share of the West Coast ports for discretionary cargo,” Martin says, “the investment in channel deepening, terminal development and intermodal development enhances SC Ports’ competitive advantage to capitalize on the growing Asian all-water services using both the Panama Canal and the Suez Canal.”

“We’re in the right place,” says Jim Newsome, “with the right infrastructure at the right time.”