‘Better and Stronger Than Before’ 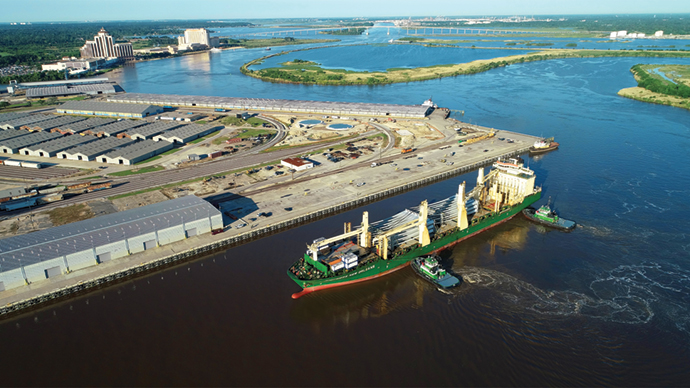 How do you measure the economic development performance of a community now?

Do you measure it in projects won, capital investment secured, jobs created, square footage built? Or do you count it in other ways?

In a region that’s seen $100 billion of capital investment built or announced in the last decade, is it possible that sometimes the best indicator of success is a smaller thing? Instead of it being the billion-dollar plant, could it be the lights coming back on in a pastry shop, a water bottle getting handed to a homeowner trying to patch his roof, or a single mom filling out an application for an open construction job?

In Southwest Louisiana these days, success is measured in all these ways following a year that delivered a global pandemic and two devastating hurricanes to this 5-parish region that borders Texas and the Gulf of Mexico.

Anchored by Lake Charles, a city of 78,000 people, the wider region includes all of Allen, Beauregard, Calcasieu, Cameron and Jeff Davis parishes and counts more than 305,000 inhabitants.

In 2020, these folks were tested by a series of cataclysmic events that shut down entire industries, displaced thousands from their jobs, and leveled structures to their foundation.

“I remind you,” Mayor Clanton says, “we are dealing with a pandemic, and we have also endured two powerful hurricanes.”

COVID-19 was still taking its toll on public health and personal livelihoods when Hurricane Laura crashed ashore in Cameron, Louisiana, on August 27, 2020, packing 150-mph sustained winds and a 10-foot storm surge. By the time the Category 4 hurricane dissipated two days later, 77 people had been killed and more than $19 billion in damage had been done — most of it in Southwest Louisiana.

Just a few weeks later, Hurricane Delta made landfall near Creole, Louisiana, on October 9 as a Category 2 storm, killing six and causing more than $3 billion in damage.

Survivors said the two storms caused more destruction than Hurricane Rita, which ripped through Southwest Louisiana in October of 2005, killing 120 and causing about $18.5 billion in damage.

Clair Hebert Marceaux, port director at Cameron Parish Port, Harbor & Terminal District, lost her home to the more recent storms and has been marshaling resources to lead a community-wide recovery ever since.

“Our home was completely destroyed,” she says. “I am less than a quarter mile from the Gulf of Mexico. The vast majority of my life has been here. Most homes suffered utter and complete destruction. This was far worse than Rita 15 years ago in terms of destruction. What was better this time was our preparedness and our ability to manage disaster and our ability to manage expectations.” 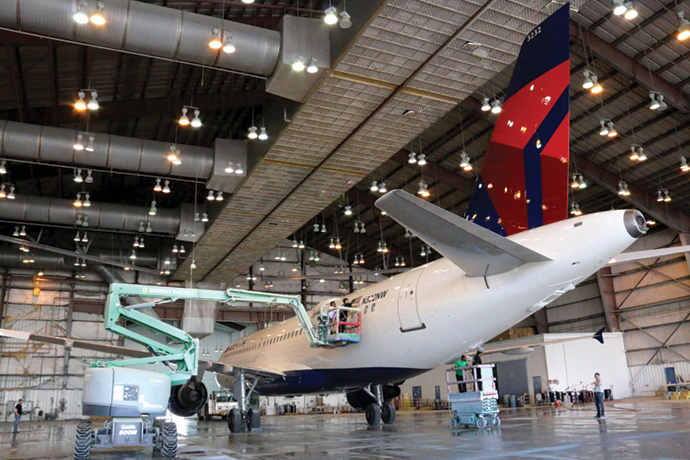 Because of this preparedness, businesses are in a much better position to rebound and put people back to work this time.

“Our businesses have been resilient in these difficult times,” says Clanton. “They have pivoted and persisted. Some new businesses have even opened in our city in the past few months.”

Gus Fontenot, economic development project coordinator for the Southwest Louisiana Economic Development Alliance, says the real story of 2020 is resiliency. “We have seen a lot of people come together and work really hard during this recovery, including people from outside the area, from first morning light to dark virtually every day,” he says. “That shows a real determination that reflects well on who we are as a people.”

Many large industrial projects that had been placed on hold are moving forward again, says Fontenot. “Venture Global LNG in Cameron was able to resume construction right after the storm,” he notes. “Sasol was just wrapping up at the time, and Cheniere was not affected too much. The other projects were on a delay as a reaction to falling oil prices coming out of the Middle East and Russia.”

He adds that while “2020 was a year of wait-and-see, we still believe that many projects will move ahead again in 2021. That will depend on the global market for oil and gas, which is now showing improvement.”

Some 20 mega-projects of more than $100 million in capital investment each dot the region. These range from Entergy and the Sasol Ethane Cracker on the northern end to Cheniere LNG, Delfin LNG, Commonwealth LNG and Venture Global LNG on the southern end by the Gulf.

About $22.23 billion worth of large-scale industrial projects remain under construction, while another $56.95 billion in projects have been announced and are pending final approval. Among those are Driftwood LNG, Lake Charles Methanol LLC, and Monkey Island LNG.

The projects currently under construction have created 13,577 jobs, according to a report compiled by the SWLA EDA. Completed projects produced 28,295 total jobs. Finished projects include the Golden Nugget casino resort, Matheson TriGas, Cameron LNG and Zagis.

“The Port of Lake Charles sustained over $200 million in damages to infrastructure,” says Fontenot. “There was a momentary disruption of the Calcasieu Ship Channel, but the port was able to continue operation for the most part. Chennault International Airport was able to get back up and running fairly quickly.”

Despite the storms, 2020 proved to be a busy year for both the port and the airport. The Port of Lake Charles ranked 12th in the world last year by moving over 56 million tons. A recent study found that the port can handle twice this volume and that it is also the seventh-fastest growing port in the U.S., with an estimated $85 billion worth of investments scheduled along the Calcasieu Ship Channel.

The port also announced two leadership moves in 2020. Richert “Ricky” Self was named executive director of the port, while Therrance Chretien was named director of cargo and trade development.

Other projects signaled that they plan to move forward as well. “Driftwood LNG has indicated that they will try to get going by this summer,” Fontenot adds. “That is a $15 billion project on the ship channel just south of Lake Charles on the west bank. And Magnolia LNG on port property on the industrial canal now has most of its permitting in place. They just need to make the final investment decision.”

A big change for the airport is coming soon, notes Melton. “Chennault is priming itself to step into the air cargo market,” he adds. “In the summer of 2021, we expect to break ground on a 10,000-square-foot air cargo processing center as part of our first initiative to break into this market. We already saw a major air cargo carrier use Chennault for temporary daily operations in 2020 and hope to capitalize on that moving forward.”

Chennault offers nearly 1,000 acres for development, Melton adds. “All the properties have had due diligence surveys completed, with several meeting Louisiana Site Certification compliance,” he says. “The majority of the airport is in a Foreign Trade Zone and Opportunity Zone, which yield valuable incentives for prospective tenants.” 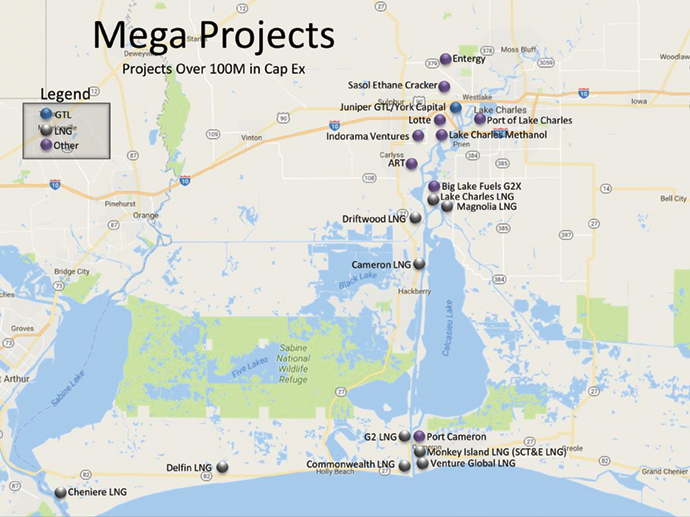 Hebert Marceaux says she has seen LNG shipping vessels returning to more normal levels as well. “After a significant dive downward, we have seen the rebound,” she notes. “We are back up to 32 vessels a month shipping exports between Cheniere and Cameron LNG. We have an economy that has proven it can weather the storms.”

Companies in Southwest Louisiana export one-third of all LNG in the world, and they aren’t going anywhere, says Hebert Marceaux. “They chose this site two years before Hurricane Rita, and they didn’t leave,” she says. “There is so much to be excited about. There are so many really strong people here.”

Mayor Clanton echoes that sentiment. “We see it like this,” she says. “We passed the test. We are holding our own and even in these times, we have seen new businesses open. This gives us hope for better days ahead. You won’t find a better community to be a part of.”

George Swift, president and CEO of the SWLA EDA, recently put it this way: “The fighting entrepreneurial spirit of Southwest Louisiana helped build the ship channel. Yes, we have been knocked down like never before, but our spirit and dedication will see us through. If we work together, we will rebuild SWLA, better and stronger than before.”

This Investment Profile has been prepared under the auspices of Southwest Louisana Economic Development Alliance. For more information, visit www.allianceswla.org.