‘The Domino Effect Has Only Begun’ 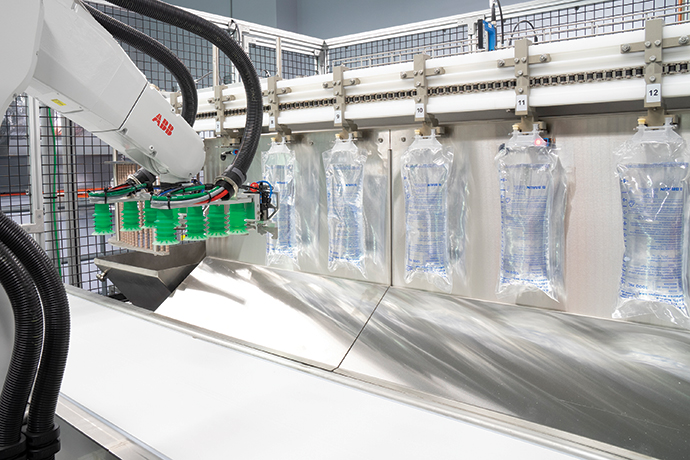 This is not your father’s Florida.

If you still think that Florida is nothing more than beaches, theme parks, sunshine, lightning shows and sand, think again.

The Sunshine State has become an economic juggernaut that rivals that of large countries. With a trillion-dollar annual GDP, Florida’s economy would rank 17th in the world, larger than Saudi Arabia, the Netherlands, Argentina and Switzerland.

While Florida has been booming for quite some time, the events of the past year have added fuel to the fires of growth. “The impacts of the last year have accelerated recognition of Florida’s business-friendly climate that has existed for many years,” says Jamal Sowell, Florida Secretary of Commerce and President and CEO of Enterprise Florida, the state’s official economic development agency. “Currently, we are seeing what we believe to be the largest relocation of investment capital firms and hedge funds in history. This has transformed Florida into an anchor for investment and capital formation. The domino effect has only begun.”

These companies are moving to Florida because they are chasing the dollars, and in that race, there is not even a close second. According to Bloomberg, Florida takes in $17.2 billion more than it loses in wealth each year as high-net-worth people relocate to the Sunshine State. That sum is about seven times the amounts netted by the next closest states: Texas, Washington and South Carolina. In fact, Bloomberg reports, Florida annually ranks as the No. 1 recipient of wealth being transferred from 18 individual states. Illinois, New Jersey and New York combine to pump approximately $8 billion into Florida per year.

Where all these movers and their money go, employers follow. Blackstone announced last fall that it would place its new regional technology headquarters in Miami. They are not alone.

“On tech, every sector has encountered shifts in day-to-day business models,” says Sowell. “This disruption is also creating some innovative responses — and innovators and entrepreneurs able to pivot and think outside the box have been in the middle of it all.”

Increasingly, these pivots are bringing tech employers to Florida. “Over the last decade, Florida’s tech employment has grown by almost 26%, and today more than 585,000 Floridians are employed in high-tech jobs.”

According to the CompTIA Cyberstates 2020 report, information technology employment in Florida grew by nearly 18,000 net new jobs in 2019. The report states that Florida ranks fourth nationally in net tech employment and third in the total number of jobs added. “In fact, positions in emerging technologies accounted for 13.7% of all tech job postings in Florida last year,” CompTIA notes. 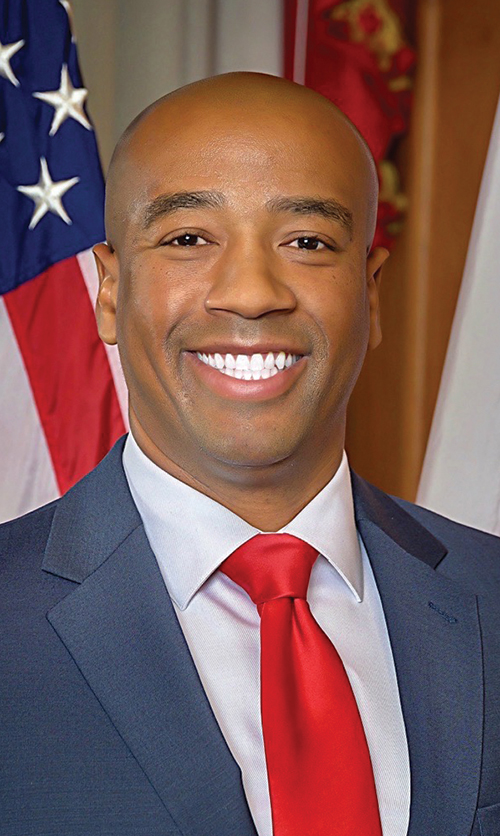 “We are seeing the largest relocation of investment capital firms and hedge funds in history. This has transformed Florida into an anchor for investment and capital formation. The domino effect has only begun.”
— Jamal Sowell, Florida Secretary of Commerce and President and CEO of Enterprise Florida

Sowell says there are several reasons behind this surge. “Long before Orlando became a theme park capital, Lockheed Martin opened to support America’s space race and has since grown its operations to employ over 7,000 Floridians,” he says. “Lockheed Martin has partnered with multiple higher education entities, including the second-largest university in the country, the University of Central Florida [in Orlando], and recently announced an apprenticeship partnership with our workforce partner, CareerSource.”

Education plays a significant role, too. U.S. News & World Report has ranked Florida’s public university system as the best in the nation for three straight years. Florida is also making tremendous strides in upgrading its K-12 system. “Our high school graduation rate now stands at 86.9% — a 15% increase since 2010,” notes Sowell.

Tech job growth in Florida is occurring not just in the largest markets, but in virtually all pockets of the state. “We are seeing exponential growth across all of Florida’s metros,” says Sowell. “Fintech is creating a name in Jacksonville. Did you know Orlando is one of only four major optics and photonics clusters in the U.S.?”

Pete von Lersner, vice president and general manager of B. Braun Medical Inc., says that his company chooses to invest in Daytona Beach because that location is the best fit for the firm. “We make solution products for dialysis, and this is a fairly freight-intensive operation,” he says. “We get pretty good freight rates coming out of Florida; and Florida is one of the largest patient markets in the country. Recruitment seems to be pretty easy in terms of getting qualified staff. We don’t have any problem attracting qualified workers.”

He notes that the company has been expanding on site since 2017. “We are at 400 employees now, but that number will go up as we plan to go to 24/7 operations,” says von Lersner. “We are within two miles of Interstate 95, and we are just one exit north of Interstate 4. That was one of the main reasons the plant was put here. For trucking purposes, it is a very good location.” 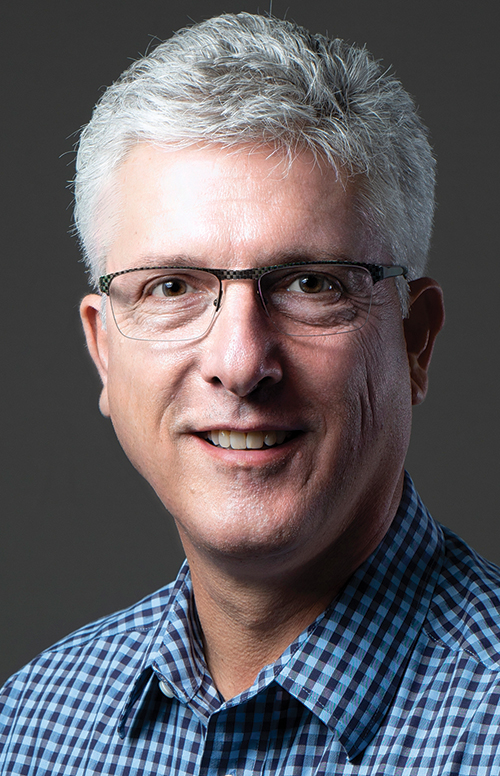 He also likes the business climate. “It has been very positive,” he adds. “Officials have been very accommodating to our growth needs. They process our requests quickly. It is a very pro-business environment. There is a good diversity of housing that is available and affordable. From million-dollar mansions to smaller homes, housing options are very good. And commuting times are very reasonable. There is not gridlock around here.”

Michael Ansorge, CEO of Oculus Surgical Inc. in Port St. Lucie, says the St. Lucie County location on Florida’s southeast coast gives the firms many competitive advantages. “This location is in the southern part of the U.S. and very central to the Americas,” he notes. “That was one of the main reasons we picked Port St. Lucie.”

A global leader in the medical device industry, Oculus is completing a $7 million, 55,000-sq.-ft. manufacturing facility in the Tradition Center for Commerce. A three-year-long expansion process is taking the company from 29 employees to 79.

“We are very well located between the Miami and Orlando areas,” says Ansorge. “We want to keep our employees here. This area is very nice. People like to move here. You can create loyal workers here. We also want to have a short distance between engineering and production. We have about 10 acres of land, and we have the ability to grow this new building.”

Ansorge is a transplant himself. “I moved here from Charlotte,” he says. “We plan to move into our new building by the end of 2022. We had a record year in filing patents, and we will have some new product launches. Plus, two or three colleges in our backyard can assist in workforce training. We plan to be here for a very long time.”

You hear that a lot when you talk to CEOs and other business leaders around Florida. Once they move to Florida, they typically don’t want to leave. Another good example is Redwire Space, an aerospace company that announced earlier this year it would relocate its corporate headquarters to Jacksonville.

“We have locations in Massachusetts, Colorado, California and other places,” says Austin Jordan, marketing and communications director for Redwire, a rapidly growing aerospace company. “The mother ship is now located in Jacksonville. This is really a story in how an aerospace company can be successful in Florida.”

Jordan notes that both Space Florida and JAXUSA were very helpful in the move. “They are looking to attract companies like Redwire and keep them here,” he says. “Our proximity to the Kennedy Space Center on Cape Canaveral is a big advantage.”

The move was made after Redwire acquired Jacksonville-based Made In Space last June. That company, originally founded in Silicon Valley, had made its way from California to Florida earlier in 2020.

When Redwire announced its move, CEO Peter Cannito said that the firm would make Jacksonville “the center of our innovation ecosystem.” He added that, “by strengthening our presence in Florida, we will access to a skilled aerospace workforce, strategic partnerships, and operational infrastructure to support our growth.”

Florida’s tech growth encompasses the cybersecurity sector as well. OPSWAT, a leader in critical infrastructure protection (CIP), announced on Jan. 4 that it would relocate its corporate headquarters from San Francisco to Tampa.

“Relocating our headquarters to Tampa is an incredible milestone that not only signals rapid growth but also our commitment to providing the best-in-class infrastructure protection to our global customers,” said Benny Czarny, CEO and Founder of OPSWAT. “While San Francisco will continue to be a strategic office location given its proximity to Silicon Valley and our West Coast partners and customers, we are excited to strengthen our East Coast presence and join Tampa’s emerging technology and cybersecurity ecosystem.”

The move comes after OPSWAT acquired Tampa-based Impulse, another cybersecurity firm. Over the next three years, the company plans to hire 100 employees in Tampa to add to its current roster of 350 people worldwide. That growth will be aided by a recent infusion of capital, as OPSWAT announced in early April that it had secured $125 million from Brighton Park Capital. 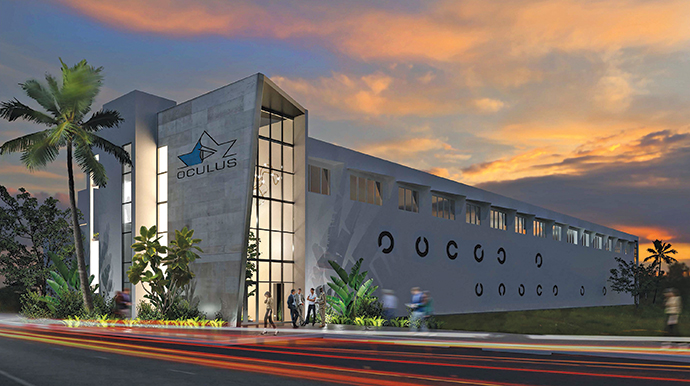 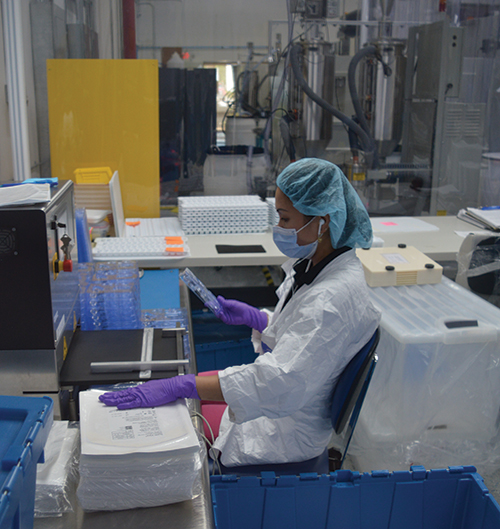 Sowell says that Enterprise Florida would continue to make the case both nationally and globally that Florida should be considered a preferred destination for tech companies. “First, we have a governor and Legislature that are aggressive about innovating public policy to encourage research and development of new products,” he says. “For example, Florida is leading the charge to create the legal options for testing unmanned vehicles. That includes drones, cars and even semitrucks.

“Second, we offer the broad-based benefits of a low tax structure,” he adds. “Lastly, we have connectivity, accessibility and affordability. Florida is home to one of the top five telecom hubs in the world. The Network Access Point (NAP) in Miami serves as a major switching station for Internet traffic coming to and from Latin America, while other high-speed networks, such as the Florida Lambda Rail and LA Grid, facilitate R&D efforts.”

Actually, that was not his last point; he closed out our discussion by citing the weather. “Our average annual high temperature is 81 degrees, while the average low remains a comfortable 60 degrees,” he said. “And all Florida residents live within 60 miles of a coastline.”

So, yes, if you think of Florida and picture a warm, sunny day at the beach, you’re not alone.