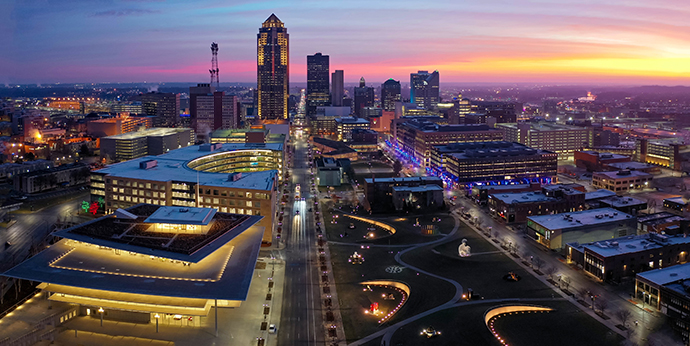 If you’re looking anew for a place to pursue the American Dream, Iowa merits consideration. In March, U.S. News & World Report ranked the vast and rural heartland state as tops in the nation for opportunity. As a place to get ahead, Iowa was assessed as No. 4 for affordability, No. 12 for economic opportunity and No. 27 for equality.

While welcome, the ranking comes as no surprise to Debi Durham, director of the Iowa Economic Development Authority (IEDA) and the Iowa Finance Authority.

“What our research shows,” Durham says, “is that people are looking for affordability. Millennials are looking to move out of these downtown lofts and to find more space outside. They’re looking for economic vitality, and Iowa has always had a really strong economy.” 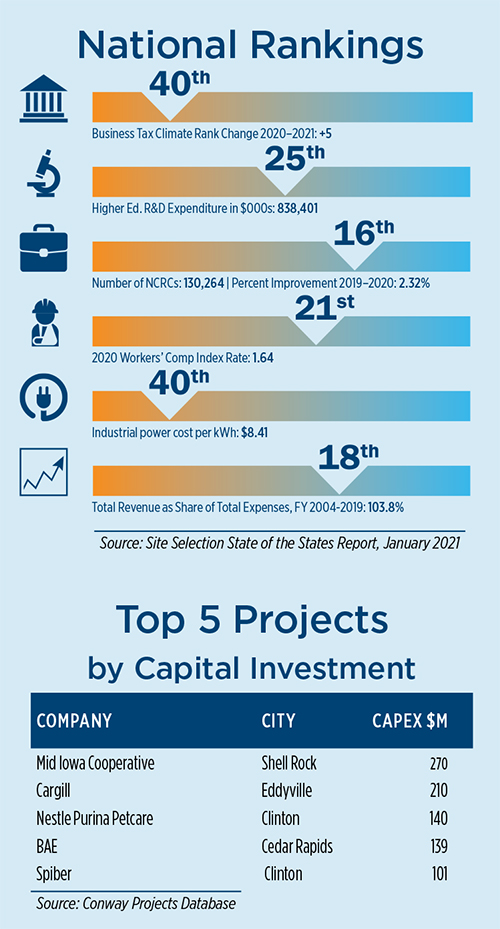 During the recently passed pandemic year, Iowa scored some high-dollar wins in economic development, including nine-figure investments in food manufacturing, advanced manufacturing and distribution. Among the highlights was BAE Systems’ $139 million infrastructure investment at the navigation systems facility in Cedar Rapids that it acquired in 2020 from Collins Aerospace. With new construction having commenced at the classified facility, the company, in February, received a $247 million contract from the U.S. Space Force to build GPS chips and receivers there.

“When we acquired the high-performing GPS business in 2020, we knew a key to success was retaining the experienced and talented leadership team and workforce,” says Jason Casciotti, Navigation & Sensor Systems lead at BAE Systems. “Cedar Rapids,” Casciotti tells Site Selection, “has an excellent local talent pool, including experienced engineers and microelectronics production personnel to support our growing military GPS business.”

For her part, IEDA’s Durham is bullish on Iowa’s prospects for leveraging its many assets, post-COVID. Durham spoke with me at length in late April.

Site Selection: Tell our readers something that corporate and industrial investors need to know about Iowa that maybe they do not.

Debi Durham: Well, in addition to just being ranked by U.S. News & World Report as the No. 1 state for opportunity, we were also named as the No. 1 most resilient state in the nation by KPMG coming into COVID and coming out of COVID. Iowa never shut down. We never shut our core industry sectors, which are primarily in manufacturing, which is our largest gross state product. We are strong in insurance and finance. We have a really vast bioscience cluster and an ed-tech cluster that cuts horizontally across those, as well. And we have really strong IT and innovation platforms. We continue to outperform in all kinds of measures and have a very business-friendly climate here.

You didn’t even mention agriculture.

Durham: Agriculture is the base of so much of what we do. But manufacturing is a much larger sector than even our agricultural base. Of course, if you look at what we do in manufacturing, roughly 30% is actually based on food manufacturing, as you would expect. We take our role to feed the world very seriously, and we value that proposition. 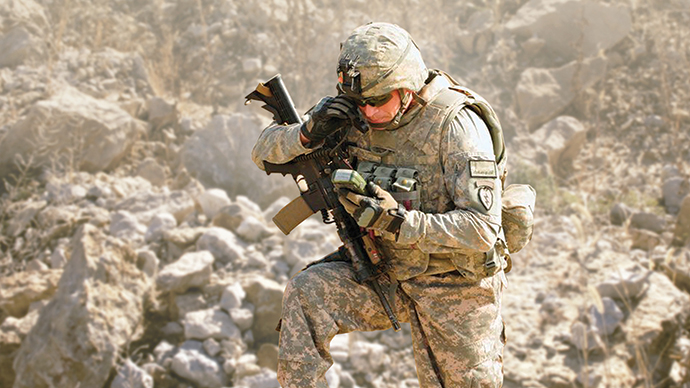 BAE Systems received a U.S. Space Force contract for a GPS system for troops in the field.
SOURCE: BAE Systems

COVID caught everyone by surprise. Did you learn any especially telling lessons over the past last year?

Durham: We really did learn how resilient our economy is and how resilient our people are, first and foremost. At the same time, I think that we also learned that there are some great opportunities for Iowa, particularly in the bioscience area. We have a really large vaccine and immunotherapy traded cluster, and I think you’re going to see that continue to grow, as we saw investments during COVID in that area. We also know that it has become an imperative for us to make larger investments in broadband, and so the governor is calling for a $450 million investment in broadband over the next three years, because it touches all parts of our economy.

Speaking of broadband, Iowa ranks No. 45 in the nation for broadband connectivity, according to Broadbandnow.com. Are you counting on the federal government to come through with an infrastructure program that will help you with that? 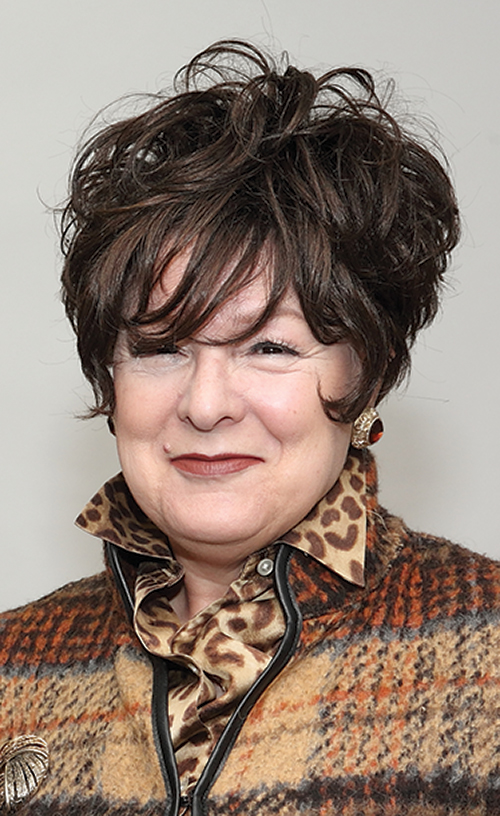 “We saw a lot of venture money flow into our startups in the ag space and in the ed-tech space last year.”
—Debi Durham, Director, Iowa Economic Development Authority

You are also out ahead on wind energy. With the Biden administration promising billions of dollars for renewables, you could come in for some of that, as well.

Durham: We’ve been a leader in renewable energy. From our portfolio statewide, it’s about 40% renewable, and [organizations] like MidAmerican Energy have a goal of getting to 100%. So, we have wind and we’re also doing solar installations, and we’ve always been leading on that. Renewables are great, but the wind doesn’t always blow, the sun doesn’t always shine and there’s much more to do with battery technology. So personally, I believe it’s time for this country to have a conversation around nuclear again to get to carbon-zero.

There’s a common lament that most of the venture capital in this country goes straight for the coasts. Is there anything the so-called flyover states can do to try to break out of that conundrum?

Durham: It is absolutely true. Over the years, we Midwestern states we have not fared well. But I can tell you that within the last couple of years that’s changing. And believe it or not, we saw a lot of venture money flow into our startups in the ag space and in the ed-tech space last year. I couldn’t help but wonder if it was an anomaly, but so far this year it seems to be holding true. I think that in the next five years, you’re going to look back and see people are looking at the Midwestern states as a good value proposition.

How much stock do you put into the idea that the pandemic sort of shuffled the deck, and maybe accelerated the growth of the notion that the coasts are losing their luster?

Durham: I think there’s truth to it. Iowa, as I said, has always had a really strong economy. I think there’s an opportunity for not only Iowa but for all Midwestern states. Couple that with what happened with COVID, and then you couple that with the political unrest and the civil unrest in this country that has occurred, and I think people are seeing Mid America really does have a great value proposition.

Conventional wisdom says the economy is poised for a boom. Is that what you see?

Durham: I do. Obviously, the energy space is going to be very strong, and that’s a key player in our manufacturing sector. Agriculture is doing extremely well right now. If COVID has taught us anything, it’s that anything can happen. But regardless of the circumstances, Iowa has shown that it can perform very, very well. So yeah, I’m extremely optimistic about 2021. I think it’s going to be a very good year. 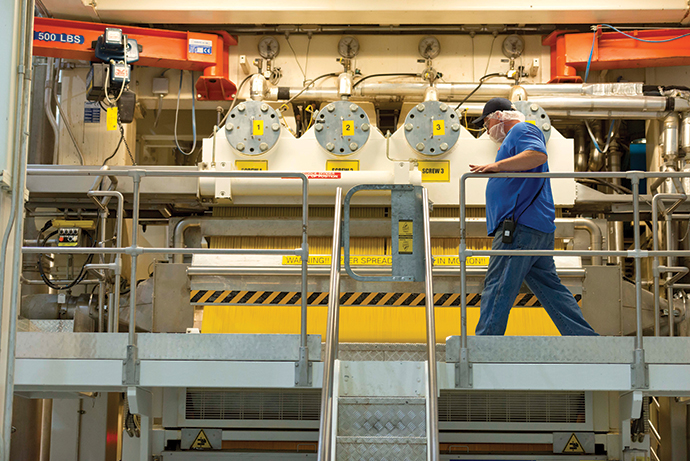