Biotech to the Rescue 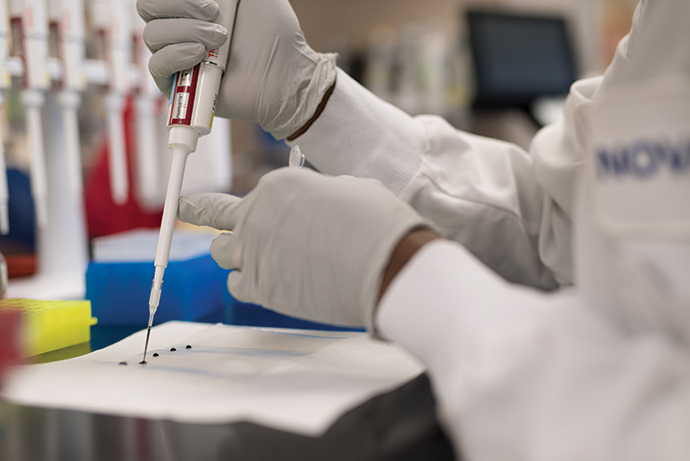 Maryland-based Novavax is aiming to add 100 million doses to the U.S. supply of COVID-19 vaccine.
Source: Novavax
by GARY DAUGHTERS

The Matrix MTM adjuvant pioneered by Maryland’s Novavax is derived from the soapbark tree, a variety rare enough that it’s pretty much exclusive to the forests of central Chile. Added to an antigen, the active component of a vaccine, Matrix M can strengthen a body’s immune response. If you want to know how, think roughly of vermouth to a martini.

“Not a bad metaphor,” affirms John Trizzino, Novavax’s chief commercial officer and chief business officer. “Another example, though, is how caffeine is used in Excedrin. Caffeine acts like an adjuvant in that it triggers a better response than do the primary ingredients alone.”

You’ll be hearing a lot about Novavax as spring soon turns to summer. The 34-year-old biotech company headquartered in Gaithersburg, Maryland, expects to deliver 100 million doses to the U.S. (many more globally) of its adjuvant-based vaccine for COVID-19 after expected approval by the Food and Drug Administration. Already, the company is ramping up production of its NVX-CoV2373 COVID vaccine at production sites around the world.

“We had no anticipation that COVID-19 was coming down the road,” Trizzino tells Site Selection. “Then last year, from January to December, was non-stop for us. We had some experience with coronaviruses already, and we knew that the use of our adjuvant would be critical to the story. So, when the bell rang, we were off to the races. We’re glowing with pride about what we’ve done,” Trizzino adds. “It’s an honor to be in this position.”

Novavax is one of more than 2,300 life science firms, including 500-plus core biotech companies, that call Maryland home. That makes the state among the most densely packed life sciences hubs in the country. Trizzino, a member of the Maryland Tech Council, sees Novavax’s Maryland location as a key component of its success.

“There are huge benefits to being a biotech company in Maryland,” he says. “We have so many biotechs that exist, plus the federal agencies that are spinning off all this talent. And it doesn’t hurt,” Trizzino says, “that we’ve had anchor companies that have enjoyed tremendous success like MedImmune, Human Genome Sciences and GlaxoSmithKline. And there’s always room for more.”

Cambridge-based TCR2 Therapeutics believes that to be the case. A clinical-stage cell therapy company developing T-cell treatments for cancer patients, TCR2 announced plans in late March to build its first commercial-scale manufacturing facility in Rockville, just south of Gaithersburg, in the northern suburbs of Washington, D.C. It’s a huge step in the five-year-old company’s evolution.

“T-cells are the elite killers of the immune system,” says Ian Somaiya, chief financial officer. “I’m taking your T-cells, making them better, then giving them back to you. This is the type of precision medicine that people have been talking about for some time, where I tailor this medicine just for you.”

“There are huge benefits to being a biotech company in Maryland.”
— John Trizzino, Chief Commerical Officer, Novavax

Somaiya says Boston enjoyed home-field advantage as the company scoured potential locations for manufacturing. But an examination of Maryland’s advantages ended up turning the tables.

“We certainly did take note of how companies here have succeeded,” Somaiya tells Site Selection. “So, that’s the origin. And we found that there is a lot of specific expertise when it comes to cell and gene therapy. It’s not just the private ecosystem, but the academic institutions nearby. There is quite a lot of relevant talent that we can tap into.”

To assist with project costs related to the new facility, the Maryland Department of Commerce approved an $875,000 conditional loan contingent on job creation and capital investment. In addition, Montgomery County approved a $100,000 Economic Development Fund conditional grant contingent on job creation and capital investment. With the company projected to create 175 new jobs over the next two to three years, Somaiya says Maryland’s incentives were an important lure when matched against other potential locations.

Another key factor was the immediate availability of an 85,000-sq.-ft. (7,900-sq.-m.) building owned by Alexandria, the national real estate trust that invests in offices and laboratories. With only tenant improvements needed, Somaiya says TCR2 can accelerate its timeline for launch by a year. And crucially, he says, there’s room to grow.

“If things go well in Maryland, as we expect they will, there are other sites right next door that we will want to take advantage of, because what we want here is a manufacturing hub. This is a long-term commitment we are making.”

A Basis for Greatness

With more than 350 federal, academic and private research centers and 78 federal laboratories, the most in the country, Maryland has been described by one biotech executive as “a well from which all this free technology just springs and pours out for anyone to drink from.” It’s an asset the state is committed to nurturing and leveraging.

“Maryland has built a ground-up supply chain, from idea to manufacturing,” says Ulyana Desiderio, director of BioHealth and Life Sciences at the Maryland Department of Commerce. “We have the academic institutions like Johns Hopkins and the University of Maryland. We have the federal labs that create knowledge and technologies. And we have a thriving life sciences industry made of small, medium and large companies that takes up these ideas and makes products out of them.” 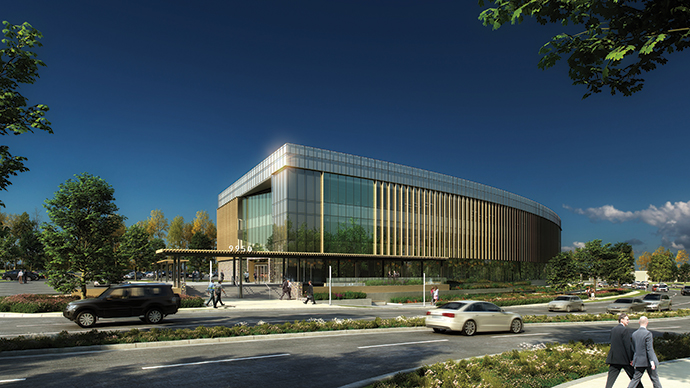 In addition to statewide job creation incentives, the Maryland Biotechnology Investment Incentive Tax Credit allows for rebates equal to 33% of an eligible investment in qualified Maryland biotech companies, up to $250,000. Montgomery County, home to the state’s highest concentration of life sciences companies, offers a local biotech tax credit, the first of its kind in the nation.

In a recent ranking by Genetic Engineering & Biotechnology News, the BioHealth Capital Region of Maryland and Virginia ranked only behind Boston, San Francisco and New York among the nation’s top biotech clusters.

“Well before COVID-19 wreaked havoc on the world,” the magazine wrote, the Capital cluster “had the building blocks of a region well-positioned against infectious disease.” As if to emphasize that point, four of the nation’s top 10 recipients of Operation Warp Speed funds are based or have operations in Maryland.

“What we are achieving here in Maryland is real,” says Desiderio. “There is a lot of credit to go around, and much of it owes to our state’s continuous support of this crucial and vibrant industry.”

This Investment Profile was prepared under the auspices of the Maryland Department of Commerce. For more information, please contact Ulyana Desiderio at ulyana.desiderio@maryland.gov.