Will shovel-ready sites for industrial and supply chain investment follow? 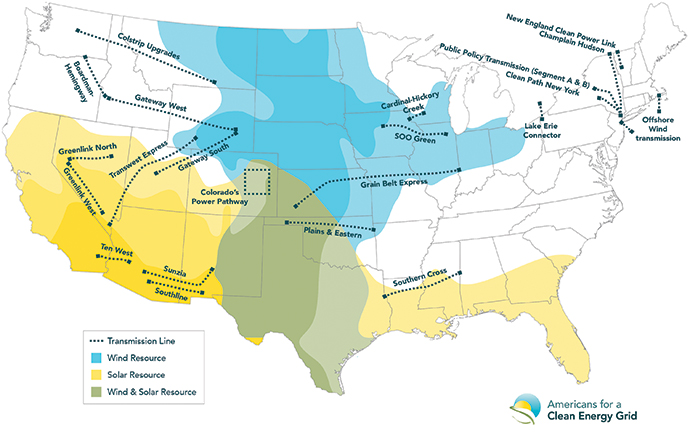 The Biden administration’s American Jobs Plan released in March immediately raised some hackles in some quarters because so many things were labeled “infrastructure.” But at its heart, even as negotiations ensue on its parts, were vast swaths of funding intended for good old hard-asset infrastructure, including $621 billion in transportation infrastructure and resilience.

It comes in the wake of the traditionally poor grade from the American Society of Civil Engineers, whose 2021 “Report Card for America’s Infrastructure” actually raised the nation’s grade from its usual D to a C-.

“For the first time in 20 years, our infrastructure is out of the D range,” the ASCE stated. “The 2021 grades range from a B in rail to a D- in transit. Five category grades — aviation, drinking water, energy, inland waterways, and ports — went up, while just one category — bridges — went down. And stormwater infrastructure received its first grade: a disappointing D. Overall, eleven category grades were stuck in the D range, a clear signal that our overdue bill on infrastructure is a long way from being paid off.”

Among the planks in the American Jobs Plan that propose to pay off that bill (even as many worry who will pay in the end):

One plank in particular is attracting closer attention from many: $100 billion to “re-energize America’s power infrastructure,” including investments in the grid that include a “targeted investment tax credit that incentivizes the buildout of at least 20 gigawatts of high-voltage capacity power lines and mobilizes tens of billions in private capital off the sidelines — right away.”

In April, a new report — “Transmission Projects Ready to Go: Plugging Into America’s Untapped Renewable Resources” — jumps on that bandwagon with what Americans for a Clean Energy Grid (ACEG) calls “22 shovel ready, high-voltage transmission projects” that, if constructed, would create more than 1.2 million jobs and lead to 60,000 megawatts (MW) of new renewable energy capacity, increasing American’s wind and solar generation by nearly 50%.

“Transmission may be the purest form of ‘infrastructure’ in a modern economy,” said says ACEG Executive Director Rob Gramlich. “The backbone transmission network supports all types of electricity production, and electricity supports every aspect of modern life, including increasingly transportation and all forms of commerce. Transmission is finally in the conversation about infrastructure and for good reason. We do not have a functioning way to recover costs of the large-scale interregional transmission that we need, and it is an appropriate subject for infrastructure legislation. These projects can put people to work in the near term.”

Noting that construction on these large projects has stalled, the report recommends the following policy changes:

Direct investment in new transmission lines, with the federal government serving as an “anchor tenant” customer;

FERC using its authority to reform transmission planning and cost allocation; and

“Just like the federal Interstate highway system helped drive the growth of the American economy in the last half of the 20th century, an interstate electricity transmission system is needed to power the American economy into the 21st century,” said Michael Goggin, lead author of the report and vice president of Grid Strategies, LLC. “Over 1.2 million jobs can be created by building transmission lines to access untapped renewable resources, bringing sorely needed jobs and economic development to America’s rural areas. A stronger grid is also the best solution for preventing power outages, like the tragic events that affected Texas and other parts of the Central U.S. in February.”

“Expanding and upgrading our outdated transmission system, a central tenet of President Biden’s new American Jobs Plan, is an incredible economic opportunity for our nation,” said Gregory Wetstone, president and CEO of the American Council on Renewable Energy (ACORE). “With smart transmission policies in place, we can put Americans back to work in good-paying jobs building a more reliable, efficient and carbon-free grid.” 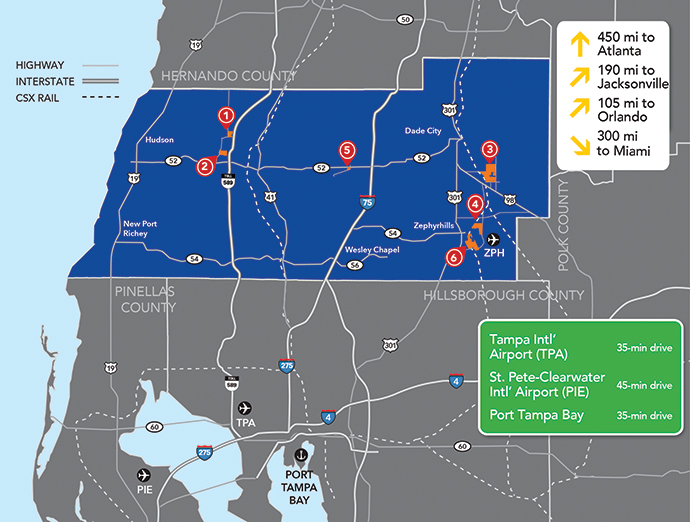 Near the top of the site location business is the demand for project-ready industrial properties. The reason is simple: companies need ready access to buildable sites in order to efficiently begin and complete construction to get to the business of making money.

Recognizing this trend, the Pasco EDC, in partnership with Pasco County, has implemented the Pasco Ready Sites Program. The Ready Sites Program accesses, evaluates, and certifies large tracts of land to prepare properties for industrial development and create a portfolio of project-ready sites for targeted industries. This program has allowed us to assess, evaluate and market over 2,000 acres of land. Each site features numerous digital tools for site selectors to utilize and tour the site.

About the Ready Sites:

When looking to relocate or start a company we also recognize the need for a strong, educated, and engaged workforce. Pasco County works hard to foster our future workforce starting in early childhood education through post-secondary and technical training programs.

Our award-winning workforceCONNECTpasco.com platform allows employers to find programs that produce talent that will thrive in their industries and explore resources that can help their business stand out to top candidates. Utilizing workforceCONNECT employers can also find available grants and training programs to continue upskilling their employees. The platform also allows job seekers to discover and explore various career pathways in a diverse economy of fast-growing industries.

Pasco County’s government leadership understands and supports the importance of a stable, pro-business atmosphere with local incentives in a right to work state in addition to low operating costs and no personal state income tax.

We promote growth and prosperity through the development of a sustainable and diversified economy making Pasco County the perfect location to START, MOVE, and GROW your business.