Building an Industrial Economy, One Building at a Time

How spec facility development is changing the game in Northwest Ohio. 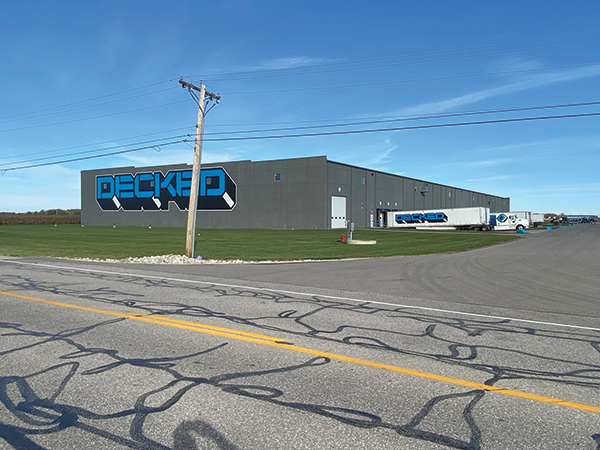 When APackaging Group (APG) selected Defiance, Ohio, for a new manufacturing plant recently, the news only confirmed what many business leaders in the Midwest already knew: When it comes to providing turnkey solutions for growing companies, nobody does it better than Northwest Ohio.

APG, a California-based company that needed to hire 135 people to produce up to 500 million plastic dispensing pumps for the health and beauty industries, found a ready-made solution when it contacted NAI Harmon Group in Toledo.

Ed Harmon, CEO of NAI Harmon, had just the facility APG needed: an 80,000-sq.-ft. spec building in Defiance. John Allen, vice president of operations for APG, liked what he found, and the deal was done. The company announced in early October that it would invest $49 million to create a new manufacturing operation in the facility and employ 135 high-wage workers.

Allen said the Azusa-based firm was looking for a rural community that provided well-qualified labor and lots of community support. The presence of U.S. Highway 24 and a railroad spur made the site even more attractive, he noted.

“APG could have chosen to put this factory anywhere in the world, but they chose Ohio,” Ohio Governor Mike DeWine said. “This facility will on-shore manufacturing from China to Defiance, serving as an example to the world of the competitive advantages of moving operations from overseas to Ohio.”

The Ohio Tax Credit Authority chipped in with a Job Creation Tax Credit for APG, while JobsOhio kicked in a $2.6 million loan and $565,000 grant to assist NAI Harmon with building development costs. 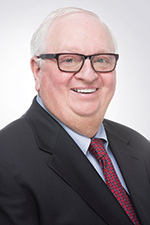 We look to bring growth and opportunity to areas that are 15
to 20 miles from the metro areas.”
— Ed Harmon, CEO, NAI Harmon Group

Harmon says the project is indicative of what Northwest Ohio can do for companies that want to grow. “We look for sites to build large tracts of development in areas that are a little outside the metro area,” he says. “We look to bring growth and opportunity to areas that are 15 to 20 miles from the metro areas. We go out and select the site, the design and the infrastructure.”

4 Out of 5 Firms Want a Facility

Gary Thompson, executive vice president of the Regional Growth Partnership, the economic development organization representing Northwest Ohio, says that 80% of site searches start with a search for a building. “Having a spec building in place eliminates a lot of time and risk for prospective clients,” he notes. “When the company is ready to move, we are really talking about needing to make only minor modifications to an existing facility.”

A total of 31 spec buildings have gone up in the region over the past decade, notes Thompson. “Most are filled before construction is complete,” he adds. “If they go on the market, they sell to an end-user on average within 12 months. We have another nine spec buildings in the planning phases. All are industrial projects.”

Bryan Keller, CEO of Keller Logistics Group, is building a 200,000-sq.-ft. spec facility in Defiance that he plans to use as a third-party logistics warehouse. “I also have a 75,000-sq.-ft. building on order to build as spec in Defiance,” he says. “Right now, there is so much pent-up demand for goods that consumers want. That is the big driver here.”

Keller says the region offers the entire package of benefits that most companies want: strong work ethic, business-friendly communities, lower costs, lower taxes, great transportation network, and government agencies that work to help businesses grow.
“We don’t have the high costs associated with running a big city,” says Keller, whose 35-year-old firm saw its sales climb from $75 million to over $110 million in one year, placing the company solidly within the Inc. 5000 fastest-growing firms in the U.S.

“Both RGP and JobsOhio have done it right,” he adds. “They have set up an economic development operation that works for business. They move very fast for government.”
One more thing, he notes: “They [JobsOhio and RGP] are ready to put money in if there is a willing developer and investor. That allows us to have a product built that is more affordable to entice someone to come to Northwest Ohio.”

One of those new investors is DECKED LLC, a manufacturer that is fully occupying a 100,000-sq.-ft. spec building built by Keller in Defiance. DECKED produces full-bed-length drawer storage systems for trucks. The facility investment deal was put together by Fort Winchester Investment Partners. 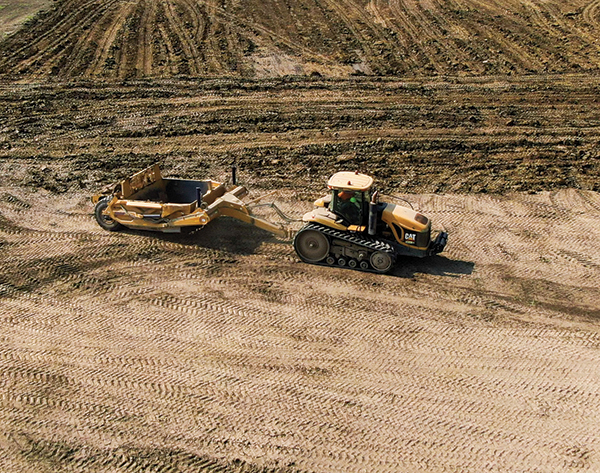 An earthmover prepares a site for a spec building in Northwest Ohio.
Photo by Sam Scherf, Digital-55