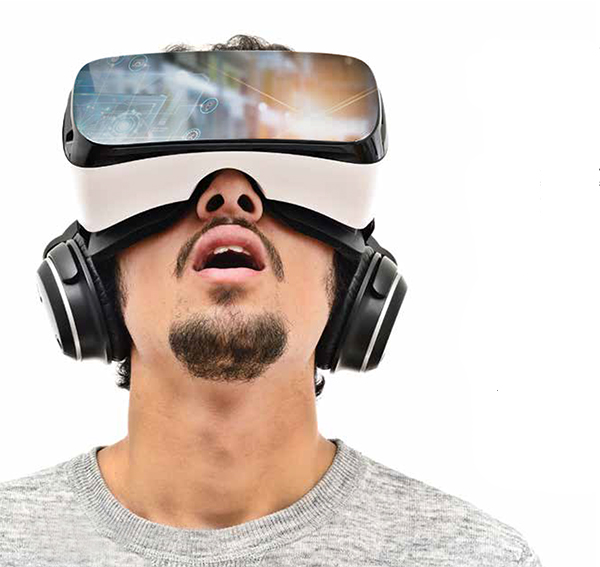 Decades into its development and still in search of a footing, virtual reality owns a somewhat suspect place in the mind of the general public, pre-millennials in particular.

“Have fun in the Stone Age,” chirps an over-accessorized VR geek in an oft-viewed television parody. “I,” proclaims the geek, snapping down his VR viewer, “am stepping into the third dee-mension.”

Evolving as the technology may be, the VR stigma remains.

“Some exciting practical use applications exist right now, but this perception of virtual reality as science fiction turns some people off before they even look at it,” says Ellysse Dick, policy analyst with the Information Technology and Innovation Foundation. “It’s a huge challenge right now.”

The use case most prominently on her mind is FDI. Dick is co-author of “Attracting Foreign Direct Investments Through Augmented and Virtual Reality,” a thick policy analysis released by ITIF in late August. The timing of the report is auspicious, given the crimp on professional travel that has accompanied the COVID-19 pandemic. For investment promotion agencies, that has meant canceling in-person visits, events, fairs and missions, the types of events that are the bread and butter of lead generation.

According to the report:

“Due to restricted mobility and limited resources, countries have struggled to raise interest — as polished websites with excellent stories and promising statistics are not enough.

Given the existing complexities of FDI attraction processes, this area is highly suitable for innovation, including using emerging technologies such as augmented and virtual reality (AR/VR), immersive technologies that enable users to experience digitally rendered content in both physical and virtual space.”

The report identifies image building, investment generation and investment facilitation and retention as among the areas ripe for re-thinking through the adoption of AR/VR strategies.

The simplest example, Dick says, might involve a cardboard VR viewer that works in tandem with a smartphone. Certain such offerings can be found online for as little as $5.

“You could create a platform that’s available on any device headset or screen that you could send to prospects,” says Dick. “That would allow them to access a presentation in more immersive ways than a two-dimensional screen, and in more interactive ways than a video.

“And then slightly higher up but still very feasible,” Dick tells Site Selection, “are virtual meetings. This would involve a bit more complex technology but absolutely it’s possible.

The technology exists today where maybe you’re in early stages of a talk when normally you wouldn’t yet fly someone in, and yet it might be beneficial to meet face to face or to show them a property or a city or something that they’re considering building onto a lot. You can have that conversation much earlier on and very effectively using a VR platform.”
Dick says the technology also can be a differentiator when the time comes for in-person site visits. From the report:

"... polished websites with excellent stories and promising statistics are not enough.”
— From ITIF’s “Attracting Foreign Direct Investments Through Augmented and Virtual Reality”

“If a foreign investor decides to visit a country, IPAs and other actors (e.g., real estate developers) could use AR to illustrate the potential of a location more convincingly. These technologies would be effective in presenting information about the area that could be valuable to potential investors, such as accommodation costs, average salaries, real estate prices, traffic data and population info. AR is useful when it is necessary to combine real-world experiences or observations with virtual elements. For example, objects under construction, such as new industrial spaces or office buildings, could be previewed and even manipulated in real time using AR/VR solutions. This could be a valuable tool to share with investors who are deciding between multiple properties because it reduces the number of in-person site visits they would have to make, such as to follow up on the construction process.”

Some might liken the current state of AR/VR technology to the early days of the smartphone, whose original apps, limited as they were, leaned toward offerings like two-for-one restaurant deals. As with certain other emerging technologies, it’s not unusual to hear that AR/VR is “five years away.” And then, “It’s gonna blow up.”

Similarly, it’s another technology whose more widespread adoption is getting a nudge by the web of unusual circumstances presented by COVID-19. A 2021 report by Rotterdam-based Ecorys, the economic research and consulting group, predicted the industry could “reach between $40 billion and $70 billion by 2025, representing a gross added value of between $23 billion and $46 billion, and directly creating employment for up to 860,000 people.”

ITIF notes that AR/VR devices are becoming increasingly more affordable and user-friendly, with the cost of producing immersive content also having declined in recent years. As just one example of a major new adopter, the ITIF report cites a 2021 deal under which the U.S. Army is to acquire more than 120,000 HoloLens mixed-reality headsets from Microsoft, at a cost of nearly $22 billion. Facebook (Oculus Quest 2), Vargo (Vargo VR-3) and HP (HP Reverb G2) all introduced new VR headsets in 2021.

“AR/VR solutions are gaining more widespread adoption across sectors and in various industries,” notes the ITIF study, “including entertainment, retail, health care, training and education, manufacturing, military and others. These solutions consist of software development, hardware production, content creation, consultancy and other services.”

A country’s competitiveness in FDI attraction, ITIF suggests, and its ability to advance public sector innovation and digital solutions are likely to become increasingly intertwined.
“AR/VR solutions can bolster image-building efforts as an example of a country’s robust innovation ecosystem. Regardless of how country representatives use these solutions, it sends a message that the country is open to new technologies and knows how to leverage them — sending a clear message that it is open to innovation. The most important thing is to demonstrate the capability to work with new technologies successfully. To stand out and develop local capacity, countries should invest in AR/VR solutions now and establish a front-runner position.”