And automakers really like the southern U.S. for their factories of the future. 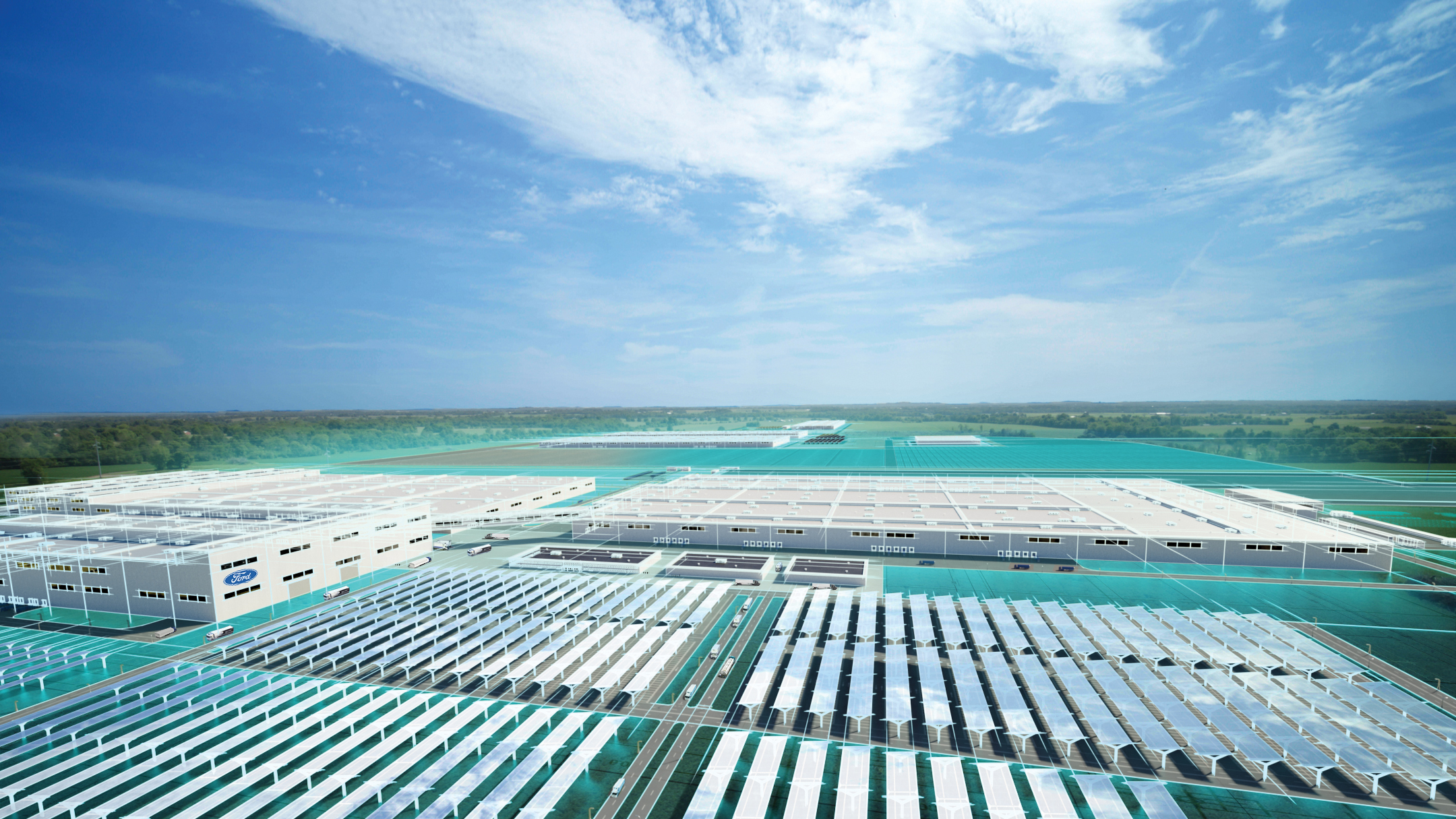 Ford’s decision to make its biggest-ever investments in electric vehicles at sites in Tennessee and Kentucky serves to solidify the southern U.S. as America’s Ground Zero for EV production. In late September, the Detroit-based automaker announced plans with South Korean battery maker SK Innovation to invest a combined $11.4 billion to build an electric offering of the storied F-150 and batteries to support the coming generation of electric vehicles.

The biggest part of the investment, some $5.6 billion, is to go toward BlueOval City, a truck and battery plant to be built at the 4,100-acre (1,670-hectare) Memphis Regional Megasite, which has patiently awaited a proper suitor since being conceived close to two decades ago and funded thus far by the State of Tennessee to the tune of some $90 million.

In late October, state lawmakers gave final approval to a nearly $900 million incentives package clearing the way for what will be the first major automotive plant in West Tennessee. The package includes $500 million in incentives to go directly to Ford, as well as another $384 million toward infrastructure and workforce development to support the project, the biggest in state history.

“This,” said Gov. Bill Lee, “marks a tremendous win for rural Tennessee and will strengthen our workforce for generations. It is a watershed for Tennesseans as we lead the future of the automotive industry and advanced manufacturing.”

Lee had earlier said that Tennessee bested 15 other states for BlueOval City, named with the Ford logo in mind. The project is to create more than 5,000 jobs at the site about a 50-minute drive from downtown Memphis, where Ford manufactured wooden components for its Model T during the early decades of the 20th century.

In Kentucky, Ford is planning the BlueOvalSK Battery Park, to consist of twin battery plants that are to supply electric power for Ford and Lincoln vehicles set for production later this decade. When fully operational, the three battery plants will turn out 1 million units a year to power a range of Ford vehicles.

You have to go back three governors to trace the history of the massive Memphis Regional Megasite, developed on land purchased in 2007 under the administration of Democrat Phil Bredesen and continued through two Republican successors, including current Governor Bill Lee. The sheer size of the site, one of the biggest known megasites, is enough to make it stand out.

“The concept back in the mid 2000s was to try to find a site big enough to accommodate a car plant, the suppliers of the plant, the training institutions and the testing — everything needed for manufacturing a car,” says Mark Herbison, president and CEO of HTL Advantage, established by the surrounding counties of Howard, Tipton and Lauderdale to market the megasite.

“It’s really wild,” Herbison notes, “that you fast-forward 15 years and here we landed exactly what we set out to do. It’s really something when a plan like that actually happens and comes together.”

Chassen Haynes is among those firmly convinced that the sheer size of the megasite was a differentiator, even among other candidate sites in Tennessee. Director of business development for the Tennessee Department of Economic and Community Development, Haynes tells Site Selection that “forty-one-hundred acres is what separated the site from anyone else.”

In certain such cases bigger is indeed better. So believes Greg Burkart, who has managed site selection projects representing billions of dollars as managing director at Duff & Phelps, A Kroll Business.

“You need room,” Burkart says. “One of the things the OEMs have learned over the years is you don’t want to landlock yourself. Having a large site with room to bring in suppliers or have them co-locate is tremendously important, especially in this day and age where you’ve got a lot of supply disruptions. If you’re going to have an extended supply chain, one of the ways to reduce some of that risk is to have those suppliers co-locate with you.”
Not Just South, but Southwest

Nearly 40 years ago, the first Nissans rolled off an assembly line in Tennessee, helping to turn a largely rural state with modest manufacturing aspirations into what is now automotive powerhouse, with major manufacturing operations by three OEMs and a fourth now on the way. Tennessee produces more than 800,000 cars and trucks annually and employs around 140,000 people, with more than 900 parts suppliers supporting the OEMs.
Burkart believes that Tennessee’s success is part of a larger trend, the well-known rise of automotive manufacturing in the South. And he sees it as likely to accelerate with the move to EVs, as America’s legacy manufacturers follow the earlier lead of Asian and German automakers.

“What’s changed over the last 18 to 24 months,” Burkart tells Site Selection,” is some of the old-line OEMs like GM and Ford making announcements to locate their EV programs in the South. You’ll see the full complement of suppliers tagging along. They’re all moving south.”

What’s more, Burkart sees the orientation of America’s traditional “Automotive Alley,” extending roughly southward from Detroit and down to the Gulf Coast, now shifting to the west. Here, he cites the prescience of Dennis Cuneo, former senior vice president of Toyota of North America.

“Dennis had a map with three clusters on there. The traditional old line was always up in the upper Midwest. Then you had the Asian and German transplants that went to the Southeast. But he said there is this emerging automotive corridor that pretty much is going to stretch from about Kansas City all the way down to northern Mexico. And it would go right through Texas.”

As it turns out, auto manufacturers are chasing more than just workers as they gravitate toward growing, southern populations.

“If you look at what’s happening in Texas and Arizona, Cuneo was pretty prophetic,” believes Burkart. “That’s the emerging automotive corridor, and it’s primarily because of the electronics, the software and the semiconductors.”

For reasons other than that, Tesla’s announcement of its impending headquarters move from Palo Alto, California, to Austin hardly qualifies as an October Surprise. The company’s CEO Elon Musk had virtually dared California Governor Gavin Newsom, in the midst of a COVID-19 dustup, to come arrest him on the assembly line.

In a late October email to Site Selection’s Ron Starner, noted site consultant John Boyd offered that, whether surprising or not, the move is significant for a number of reasons.
“It certainly puts an exclamation point on Austin (which recently attracted major projects from Oracle and Apple) as a global tech center of excellence,” Boyd writes. “With Tesla’s Gigafactory and new HQ, Navistar producing electric trucks in San Antonio and Rivian shortlisting Fort Worth for their massive new production hub, Texas is certainly making its claim as a center of gravity for the burgeoning EV sector.

“The cost savings with the HQ relocation will allow Tesla to strategically invest in operations throughout the U.S., including both its Fremont, California, and Reno, Nevada, Gigafactories,” Boyd adds. “It is noteworthy that Tesla reminded everyone that they are NOT abandoning California. California represents a major consumer market for Tesla and the Fremont location has proximity to not only tech talent but supply chain synergies with Asia.

“This win for Texas comes at a time when analysts were wondering aloud if the state would suffer a backlash after the recent wave of social legislation (abortion, guns and voting),” Boyd concludes. “So far, we have not seen a backlash anywhere near the degree we saw in Indiana after their 2015 Religious Freedom Bill or in North Carolina in 2016 after their Bathroom Bill.” 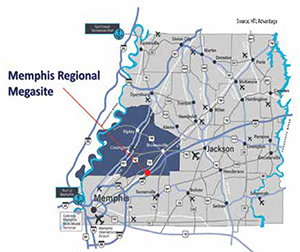 Among the top global automotive investments identified in Site Selection’s Conway Data Projects database is a massive jobs creator in the city of Zahirabad in India’s Telangana state. Triton-EV, a new subsidiary of New Jersey–based Triton Solar, a solar panel and battery engineering company, has launched an audacious $1.5 billion investment to build electric semi-trucks, sedans, SUVs, luxury vehicles and rickshaws for the Asian market. The state government says the project should create some 24,000 jobs.

According to Jayesh Ranjan, principal secretary of industries and commerce for the government of Telangana:

“It is not just incentives that have attracted Triton to invest in Telangana State, but the main driver for Triton Management is the overall business ecosystem and the state’s commitment towards ease of doing business and fast time-bound processes.”

Several calls directed to the telephone number listed at tritonev.com in New Jersey were fielded by a recording of the American Society for Histocompatibility and Immunogenics, which describes itself as an international society of professionals dedicated to advancing the science, education, and application of immunogenics and transplant immunology.