An entrepreneur evaluating the Phoenix business landscape can’t miss the signs. Literally.
A LinkedIn analysis of new U.S. Census data published in October showed Greater Phoenix is a great place to hang out your shingle, as the metro area tied with Denver and Kansas City at No. 8 in the nation for growth in new business applications (32%) between the year preceding the pandemic and the year in the center of it (2020-2021).

It’s no wonder, then, that this year’s Venture Madness pitch contest presented by Invest Southwest in partnership with the Arizona Commerce Authority received 120 applications across five industry categories before judges chose 25 finalists. “Since Venture Madness began in 1992, presenting companies like CampusLogic, Swimlane and WebPT have collectively raised more than $1 billion in funding, and approximately 40% secure funding following the event,” said Diana Vowels, 2020-2021 Chair of Invest Southwest, when this year’s contest was announced. “That speaks volumes about the innovative, entrepreneurial spirit in our region.”

Other numbers speak volumes too.

According to location analysis by Site Selection, Greater Phoenix in 2021 is home to 110 Inc. 5000 companies — good for No. 12 in the nation. Among them are No. 6 Brander Group, an IT management firm based in Scottsdale; No. 47 Clutch Solutions, a computer hardware company in Gilbert; No. 148 BIM Designs, a construction technology firm based in Phoenix; and No. 325 Phusion Wellness, headquartered in Mesa.

The 2021 Global Startup Ecosystem Report groups Phoenix in a family of emerging global systems (between No. 30 and No. 40 in the world) with high scores in terms of life sciences research and publications (the H-Index), but low rankings in patents. “That likely indicates a focus by founders on business model innovation rather than on leveraging tangible IP production,” say the report’s authors from Startup Genome and the Global Entrepreneurship Network, but Phoenix already scores well in terms of startups’ performance, funding and talent.

“Phoenix has long been on our radar as a vibrant area with a wellspring of talent, plus a great place to live and work,” said Scott Howe, CEO of LiveRamp. “A new office here unlocks more employment opportunities and a scalable path to growth in close proximity to our San Francisco headquarters.”

“The Valley of the Sun has so many of the things we were seeking in a new hub, and we look forward to sourcing diverse talent in this market and growing our team,” said Amit Sharan, chief information officer at LiveRamp and head of the expansion initiative in Arizona. “We are excited to build out a new LiveRamp office, offering employees the space and amenities to collaborate, focus and unlock high levels of performance.”

I reached out to a handful of high-performing roster of tech companies, venture capitalists and startup founders engaged with Greater Phoenix with a two-part question: What distinguishes the Phoenix startup and VC ecosystem from others today, and what will distinguish it five to 10 years from today?

“The connectivity between past and current founders is better than almost all markets I see,” says Ryan Edwards, director of Silicon Valley Bank. “The Phoenix tech community wants to help each other out and see the market grow together.”

“It is simple,” he says. “Regulators and elected leaders in states like California actively despise tech companies and see them as part of the problem. Leaders in Arizona welcome tech companies and ask how they can be partners in creating a job-creating environment. California is still in a state of denial while Arizona is fighting to create a job-friendly environment, so I expect the momentum for Arizona to only grow in the next 10 years.”

Roop K. Lakkaraju is executive vice president and CFO of Benchmark Electronics, which relocated its headquarters to Scottsdale in 2017.

“Many of the reasons we chose this market are equally beneficial to the startups in the region,” he says. “When you have an ecosystem that enables speed-to-market, that’s a differentiator that benefits everyone. According to GPEC, more than 35 million consumers can be reached within a single day’s truck haul, and Phoenix Sky Harbor International Airport reaches about 129 domestic and international locations.

“As both a designer and manufacturer of advanced electronics for a wide spectrum of market sectors, Benchmark requires a breadth of talent,” he says. “The available skilled workforce graduating from Arizona’s world-class universities and the quality of life Arizona has to offer for all our employees was also a major factor in selecting Arizona as our hub of operations. Additionally, we realized that by tapping into the tech ecosystem, we could play a role alongside startups and VCs to help grow the technical labor pool in the region. Finally, the pro-business climate here has really stood out.”

As for the future, Lakkaraju sees manufacturing playing a role.

“The Phoenix startup ecosystem is currently in a transformational period and in five to 10 years the region will be reaping the rewards from investments already underway,” he says. “There’s been a major resurgence in the manufacturing sector with more than 1,600 Arizona-based advanced manufacturing companies with operations here, including Benchmark, Raytheon, Viasat, and many others that make Arizona one of the nation’s largest technology and manufacturing supply chain contributors.

“The startup community in Phoenix is agile and is contributing to the growth of our economy,” Lakkaraju concludes. “Whether it’s a proven entrepreneur taking on their next challenge or a new company choosing to launch here, Greater Phoenix is innovating like never before.” 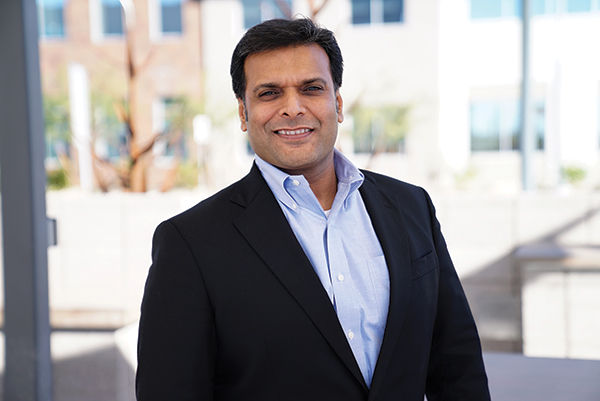