A new project in West Lafayette continues a long tradition of innovation and industry collaboration at Purdue University. 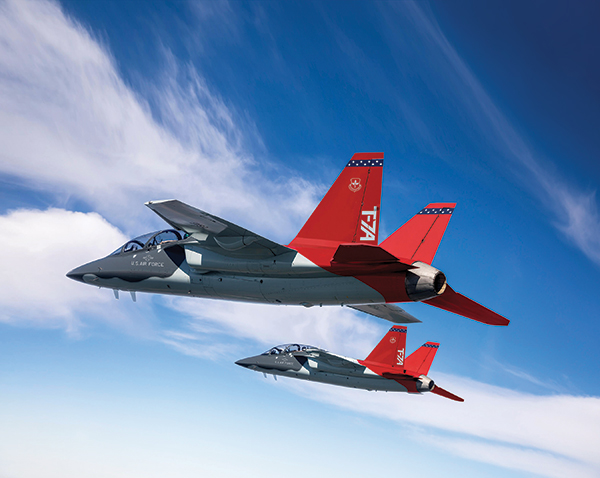 Saab Global Defense and Security Co. will produce its contribution to the production of the U.S. Air Force’s T-7A Red Hawk in its new $37 million facility located in Purdue University’s Discovery Park District.
Photo courtesy of Saab
by Adam Bruns

Purdue University has been setting a standard for industry collaboration and research park development ever since inventor David E. Ross and university board member Josiah K. Lilly of Eli Lilly and Co. helped lead the charge for the creation of the Purdue Research Foundation in 1930.

In October the tradition continued when Indiana Governor Eric Holcomb joined fellow state officials and Purdue leaders to celebrate the grand opening of a new advanced manufacturing facility from Saab in the university’s Discovery Park District.

Located adjacent to the Purdue campus, the facility supports production of the U.S. Air Force’s next-generation T-7A jet trainer. When at full capacity by 2027, Saab will employ over 300 people in the West Lafayette facility. The facility, announced in May 2018, opened in early 2021 on the West Lafayette site, but pandemic concerns pushed the grand opening to the fall.

“Saab is part of Purdue’s rapidly growing defense research and technology ecosystem, which includes plans for the only Mach 8 HYPULSE wind tunnel in the world and an expanding Rolls-Royce presence,” a university press release stated. “Within the last couple of years, Schweitzer Engineering Labs (SEL at Purdue) also has built and located within the Discovery Park District.”

The Saab facility is the latest project to support the Purdue’s Next Moves initiative, a strategy to advance the school’s competitive advantage.

“Purdue and the state of Indiana recognize the importance of the United States maintaining its advanced technology capabilities relative to strategic rivals,” Purdue President and former Indiana governor Mitch Daniels said. “One of the university’s goals and, we believe, duties, is to bring leading-edge companies like Saab to the Discovery Park District along with federal laboratories and startups.”

In his annual open letter in 2020, Daniels said Discovery Park District was a key reason why Purdue earned a 2019 Innovation and Economic Prosperity Place award from its peer universities and West Lafayette was ranked among the nation’s top 25 college towns. As of 2020, the 400-acre district had $250 million worth of project in development, under construction or completed, and projects valued at another $250 million on the drawing board.

“Indiana continues to grow its national footprint in the high-tech, national security sectors because of partnerships like this with Saab,” said Gov. Holcomb. “When universities make strategic decisions to join such partnerships, like Purdue with its outstanding researchers, students and alumni who are making the next giant leaps, Indiana’s impact on the world grows even stronger.”

Partners in the project include the cities of West Lafayette and Lafayette, Tippecanoe County, Greater Lafayette Commerce and Purdue Research Foundation, all of which offered local and county tax abatements as incentives to bring Saab to the area.

“This facility brings us closer to our U.S. customers and deepens our relationship with them,” said Saab Inc. President and CEO Erik Smith. “We also see there are great opportunities for innovative research through our partnership with Purdue University.”

Purdue Research Park is a multi-time winner of the annual awards of excellence presented by the Association of University Research Parks, a 35-year-old organization whose membership of over 700 parks and innovation districts “have evolved from their real estate focus in 1986 to today’s mixed-use innovation and applied research clusters sponsored by universities, federal labs, hospital systems, corporations, and cities,” says the AURP. The organization most recently welcomed the Center for the Advancement of Science in Space (CASIS), manager of the International Space Station (ISS) U.S. National Laboratory, as a member, thus extending its roster to 42 states, 12 countries and now, space.

“As manager of the ISS National Lab, CASIS is constantly seeking new avenues to educate researchers on how the unique space-based environment of our orbiting laboratory can enable discoveries not possible on Earth,” said Christine Kretz, CASIS Vice President of Programs and Partnerships. “Through this collaboration with AURP, we look forward to reaching new audiences who might find value in taking their research and technology development to new heights.”

AURP was to present its 2021 awards in late October at its international conference in Salt Lake City. That same community is home to the AURP’s 2020 award winner for Outstanding Research Park/Innovation District: The University of Utah Research Park. Established in 1968, the park currently has 48 companies along with 81 university departments with a workforce of more than 14,000. It was recognized “for creating an exceptional ecosystem that supports bringing technology from inception to market and positively impacting the sustainable growth of scalable businesses, creation of high-wage jobs and contributing to the economic health of Utah’s communities.”

“Education and innovation are two pillars which stand at the foundation of every great community,” said Erin Mendenhall, mayor of Salt Lake City, at last year’s virtual AURP conference. “In Salt Lake City, we are lucky to have both at the University of Utah. Research Park is a tremendous asset and I’ve seen its successes firsthand over the years.”

“Their work to foster early-stage companies which drive technology and innovation forward is an incredible economic development tool for our city,” said Ben Kolendar, director of the Salt Lake City Department of Economic Development. 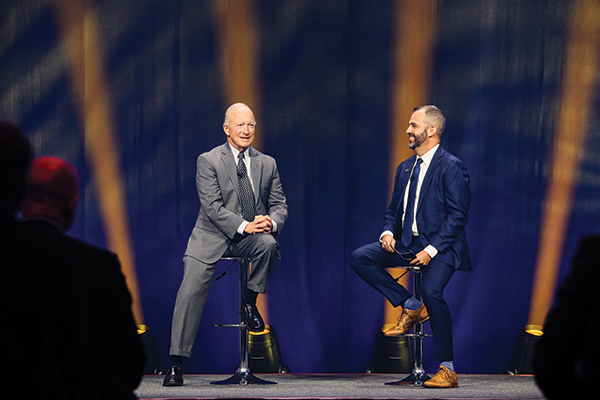