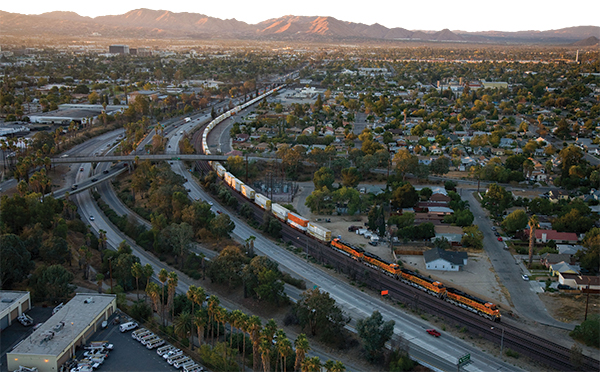 With supply chain disruptions lurking around virtually every corner these days, it pays to have a network of transportation infrastructure that moves goods quickly and efficiently to market.

In the Inland Empire of Southern California, that’s exactly what logistics end-users will find, and nobody does it better than San Bernardino County.

Need an international airport that is a continental leader in air cargo? San Bernardino County checks that box. Need best-in-class freeways and state highways that allow trucks to move at normal speeds and not get stuck in traffic? Check. Need inland ports that include long-haul rail access and multimodal logistics facilities? Check.

How about warehouse space that’s configured for the ever-expanding needs of ecommerce? San Bernardino County even has that too.

But don’t take our word for it. Listen to the experts who have been investing in the county and doing business there for a very long time. People like Lena Kent of BNSF Railway and Eloy Covarrubias of CBRE.

Covarrubias, senior vice president of industrial specialty and land advisory for CBRE in Ontario, California, calls the industrial land and space market in San Bernardino County and the surrounding Inland Empire region one of the strongest in the country.

“There is continued strong demand for industrial product in the county, where the vacancy rate for available space is now below 1% for the entire market,” he says. “In fact, in a market of 500 million square feet, just 0.7% of that space is now vacant. We are seeing strong demand for tenant buildings, and the lease rates continue to trend upward. Land sale prices are also trending up for this market.” 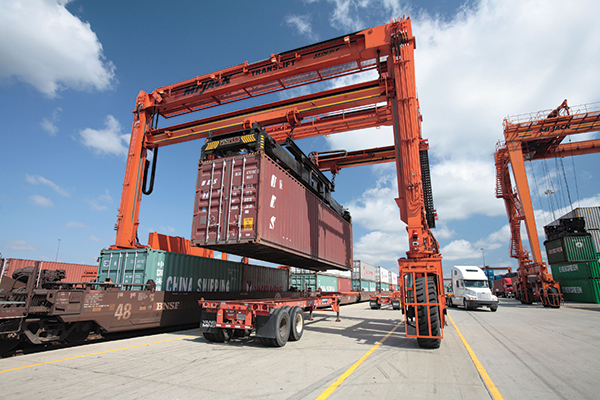 Demand was strong for industrial space even before the pandemic, notes Covarrubias. “Land pricing has probably doubled in the last year and a half,” he says. “Lease rates have increased similarly. As a result, tenants and investors are looking to find anyplace where a municipality will allow them to entitle industrial land. We have seen a migration from the core markets of Rancho Cucamonga, Chino and Ontario to places like Redlands and the High Desert region of Hesperia and Victorville. Demand is pushing the boundaries further out to these markets.” 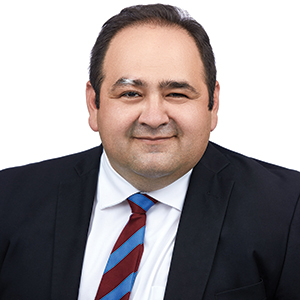 The rapid growth of the e-commerce sector has spurred increased demand for large big-box space for regional distribution, leading to more institutional investment in the market. According to the third quarter 2021 Inland Empire market report by CBRE, construction activity reached 21.3 million sq. ft. in the quarter as developers ramped up to meet the demand for new industrial space. Most of this new product is being built in the Inland Empire East submarket, which currently has 13.1 million sq. ft. of space under construction.

“A record amount of capital is chasing limited availability in the Inland Empire,” the CBRE market report states. “The bulk of demand is coming from overseas 3PLs, logistics and e-commerce tenants who service the Ports of Los Angeles and Long Beach.”

Even with the market tightening, Covarrubias says that savvy investors can still find good deals in the county. “The deals are out there, but there will be two or three people bidding to land them,” he notes.

One reason the market is so attractive is because the major railroad companies keep investing into upgraded rail capacity and service throughout the Inland Empire and the larger region of Southern California. At the forefront of this expansion effort is BNSF Railway.

Lena Kent, general director of public affairs for BNSF Railway, says that since 2000, the company has invested more than $71 billion into its national rail network, including more than $970 million in California over the past five years.

“In San Bernardino County, we’re investing in our intermodal facilities by adding production tracks, parking and lift equipment,” she says. “In addition, these facilities are implementing and piloting several technologies to help us improve safety, enhance our regional capabilities, and increase efficiencies. BNSF is also expanding the capacity of our rail network that connects Southern California to the rest of the nation. Our 2,200-mile Southern Transcon route from Southern California to Chicago is a great example.”

Since 2016, BNSF has invested more than $2.9 billion along this route “to ensure we continue to offer the fastest intermodal route between Southern California and the Midwest,” Kent says.

Kent also calls San Bernardino County “a critical hub in the BNSF transportation network.” Part of that involves testing new technologies such as a prototype 100% battery-electric locomotive. BNSF has tested runs of this new technology between Stockton and Barstow.

To help mitigate the risks of supply chain disruptions, Kent says BNSF has implemented several strategies aimed at increasing uptime. Specifically, she says that BNSF has:

Solutions Both Under & Above Ground 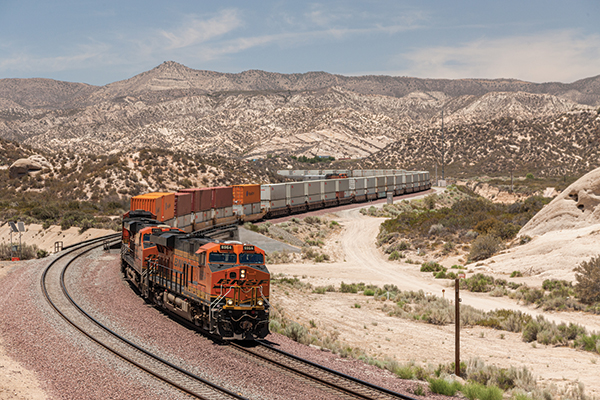 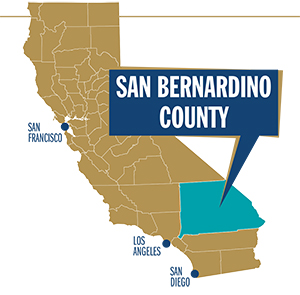 While BNSF adds to its rail capacity, the San Bernardino County Transportation Authority is overseeing multiple projects to enhance road and highway movements. “We are widening freeways,” says Dr. Ray Wolfe, executive director of SBCTA. “The Inland Empire is seeing a migration of people looking for affordable housing, but many of them work in the coastal counties. This places pressure on our roads due to increased commuter demand.”

That’s where SBCTA comes in. “The first project and the largest we have ever done is adding two express lanes in each direction for 10 miles on Interstate 10 from the Los Angeles County line,” says Wolfe. “The total cost of this project is $929 million.”

A Bus Rapid Transit line running from Metro Link and downtown Pomona north through Ontario International Airport and into Rancho Cucamonga will cost $313 million; and the Redlands Passenger Rail project is a 9-mile extension from downtown San Bernardino to Tippecanoe and downtown Redlands that will cost $452 million. 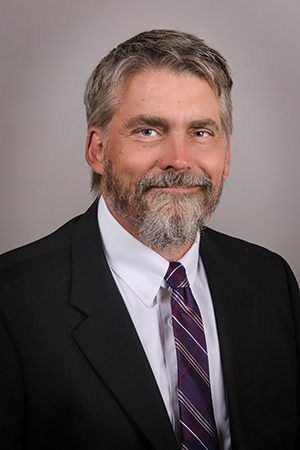 Beyond that, says Wolfe, another 7-mile extension of road work on I-10 will cost $774 million. Eventually, express lanes will stretch 33 miles on I-10 to the Riverside County line.
Finally, he says, “the West Valley Connector project will start in the next couple of years, and that will be pivotal for truck freight movement through the county.”

Wolfe also wants business investors to know that SBCTA is one of the more innovative transportation agencies in the country. Partnerships with Brightline West and The Boring Company demonstrate that, he says.

“These partnerships bring private money into the county to solve transit problems,” Wolfe says. “We don’t have much transit connectivity between San Bernardino Valley and Victor Valley. We have some buses and van pools, but that’s it. That’s where Brightline West comes in. They are building a commuter rail station at the top of the pass at the junction of 395 and the I-10. They will also match the commuter price to the Metro Link price structure. Providing an alternative mode of transportation will offset future road demand.”

While that is going on above ground, a company started by Elon Musk is partnering with the SBCTA to deliver a solution underground. Wolfe’s agency is in talks with The Boring Company to dig a tunnel that would connect Rancho Cucamonga Station with the Ontario International Airport.

“It is a 4.2-mile tunneling endeavor,” says Wolfe. “Cost estimates are about $10 million a mile. It is a $42 million project to do the tunnel. With other infrastructure, that connection can be made for about $120 million. That is much more palatable from a price standpoint for us.”

If the two sides agree to a deal, it will be the second of its kind in the country. The first is a tunnel beneath the Las Vegas Convention Center. “This would be the first tunnel to connect to a major airport,” says Wolfe. “We will have transformed Cucamonga Station into one of the premier transit stations in the world.”