Poaching companies? California draws the line and ups the ante. 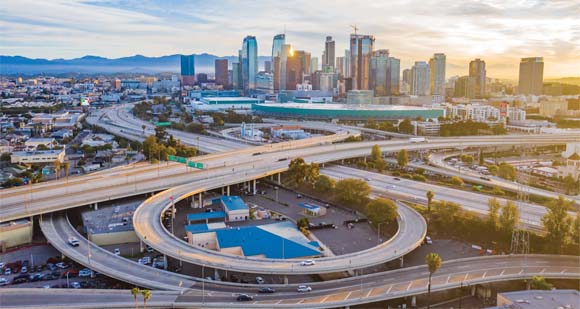 After years of watching other states lure companies away from California with promises of lower taxes, relocation incentives and business-friendly regulation, the Golden State is fighting back with what it believes is the Midas touch of incentive programs.

The California Competes Tax Credit Program, long considered the gold standard of incentives for its transparency and targeting ability, received a jolt of oomph recently when Gov. Gavin Newsom reached into his state’s piggy bank and opened the coffers.

This is not something California normally does, and when Newsom loosened the purse strings to help businesses grow, site selectors and other interested parties took notice.

The new California budget allocates nearly $285 million of state income tax credits to the CalCompetes Tax Credit Program in FY 2022, representing a $105 million increase from 2021. These credits will be awarded in three tranches over the next year. The new CalCompetes Grant Program is a separate $120 million appropriation for FY 2022. To be eligible, an applicant must meet at least one of these criteria:

No single award can exceed 30% of the total appropriation for the year. That places the cap at $36 million for any one company for FY 2022.

The additional funding for corporate expansion projects comes as welcome news to the ears of economic developers statewide at a time when turbulence and uncertainty otherwise cloud the present and future of governance in California.

“We support CalCompetes as the standard toolkit that the state brings to the table,” says Gurbax Sahota, president and CEO of the California Association for Local Economic Development. “So many investments were made this year by the governor and Legislature. The question is, how do we incentivize the types of businesses and growth we want to see? We are not just going to compete in a race to the bottom by throwing money at businesses.” 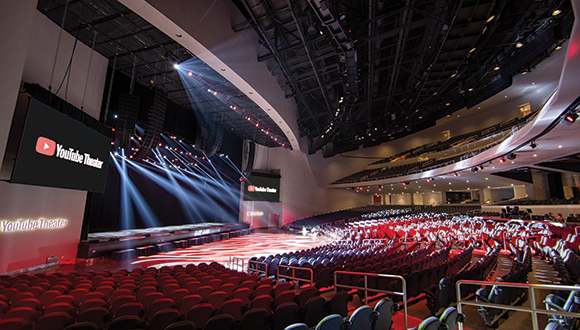 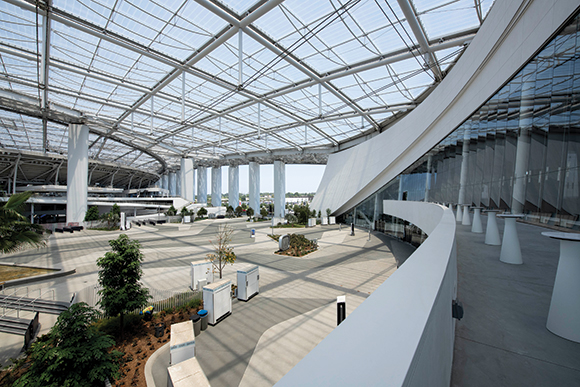 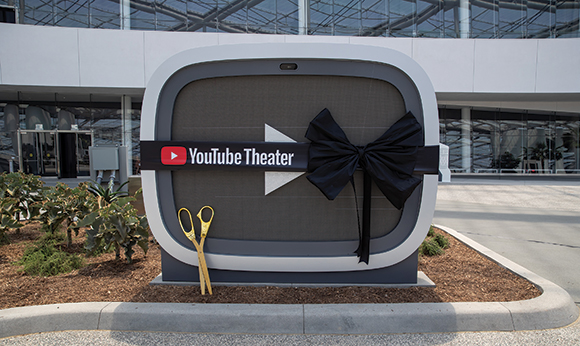 YouTube Theater is a 6,000-seat performance venue at Hollywood Park, a 300-acre sports and entertainment destination in Inglewood, California, being developed by Los Angeles Rams Owner/Chairman E. Stanley Kroenke. The theater is a 227,000-sq.-ft., three-story indoor venue under the same canopy as SoFi Stadium and American Airlines Plaza.
Images courtesy of R&CPMK

Experts who analyze best practices in governance credit Newsom with listening to his constituency and enacting appropriate, but not excessive, measures.

Mark Muro, senior fellow and policy director at the Brookings Metropolitan Policy Program, says that “with a huge budget surplus, you can’t blame the state for taking action. They are looking for physical infrastructure investment, and those are very good targets in the bill. At a moment when there is real anxiety about where companies and supply chains wind up, these are desirable moves by California. There is prudence for the state to offer some additional incentives. There is a lot of flux in the economy now, and you can’t blame the governor and Legislature for trying to counter the negative narratives.”

Another person taking note of this new posture by California is site consultant John H. Boyd, principal of Princeton-based The Boyd Company Inc. “Yes, Gov. Gavin Newsom and the Legislature have augmented the state’s incentive offerings, historically not a strong suit of California,” says Boyd, who specializes in handling corporate headquarters moves. “The exodus of companies, wealth and job creators from California is a major narrative that is coloring corporate site selection coast to coast. It is also impacting economic development strategies of cities and states courting this exodus.”

How do we incentivize the types of businesses and growth we want to see? We are not just going to compete in a race to the bottom by throwing money at businesses.”
— Gurbax Sahota, President & CEO, California Association for Local Economic Development

Boyd has tracked the movement of companies for decades; he’s played a role in advising major employers on many of these relocations. “No longer are just states in the West like Nevada, Arizona, Utah and Washington positioning themselves to attract jobs fleeing California, but popular landing spots outside the close-in Western and Inter-Mountain region like Texas, North Carolina, Tennessee, Georgia and Florida are also becoming major players in this story line.”

Boyd says the new legislation is a start, but more is needed if California is to change the story. “While an enriched incentive program is a step in the right direction, however late in the curve, Newsom and Sacramento legislators are helpless to address other factors behind the exodus of companies,” he says. “These include the epic drought, soaring housing costs, social unrest, and other natural disasters like massive wildfires, flash floods and growing water shortages.”

Despite these challenges, California outperformed the rest of the country from 2020 to 2021. When Newsom announced in May that he would be issuing the largest state tax rebate in U.S. history, he was doing so in the aftermath of a record-breaking year for the state. When it comes to growing the economy, creating jobs, raising household income, growing the manufacturing base, producing new sources of renewable energy, creating wealth and investing in innovation, California is far and away the leader in the nation, recording a No. 1 ranking in each of these metrics over the most recent 12-month period.

Since April of last year, California has added more than 1.4 million new jobs, the most in the country. This trend continued in July, bringing the state’s total to 671,000 new jobs for the year, again ranking first in the U.S.

“California continues to lead the nation’s economic recovery, adding 114,400 new jobs in July — more new jobs than any other state, and the fourth time this year of six-figure job gains,” said Newsom on August 20. “We’ll continue to lead with the science and data, prioritizing vaccinations and supporting those workers and small businesses hit hardest by this pandemic, to create the conditions for a robust economic recovery.”

The strong jobs recovery in the Golden State increased household income in California by $164 billion, or nearly as much as Texas, Florida and Pennsylvania combined. This surging economic growth pushed the California state government surplus to a record $75 billion.

A recent analysis by Bloomberg probed deeper and found that employee productivity in California also climbed to record levels during the pandemic. Quarterly revenue per employee at publicly traded firms in the Golden State reached an all-time high of $1.5 million in May, or 63% more than it was 10 years earlier.

What about GDP? Again, the numbers speak for themselves. According to Bloomberg, California’s GDP increased by 21% over the past five years, besting both No. 2 New York (14%) and No. 3 Texas (12%). In fact, when compared to the five biggest economies in the world, California outperforms all but China.

Performance numbers like those may be why certain California markets continue to outdraw their many competitors around the country. The three hottest cities in the U.S. last year for inbound residents were Riverside-San Bernardino-Ontario, California; Lakeland-Winter Haven, Florida; and Myrtle Beach-Conway-North Myrtle Beach, South Carolina.

The Trepp report notes that Silicon Valley outperforms the rest of the country despite a “techsodus” from California that is reflected in the metro area’s low population growth ranking.

“The area has seen enough positive market development to leapfrog it back into the rankings’ top spot,” up from No. 2 last year, notes Trepp. “Investor confidence in the longevity of Silicon Valley was reflected in the CMBS issuance and outstanding growth seen in San Jose.”

The state capital area climbed from fifth place last year to No. 3 due to a growing economy “based around education, agriculture, clean technology and healthcare sectors,” reports Trepp. “It has also benefited from the continued rising costs seen in San Francisco and Silicon Valley — making it an attractive option for companies and employees alike.”

California has cut its pandemic unemployment rate of 16% in half since its June 2021 reopening and has accounted for nearly 40% of the nation’s overall job growth. Among the job sectors currently growing at the fastest rates in California are home health and personal care work; software development; actuarial work; wind turbine construction; and construction.