Where Site Consultants Locate Themselves and Why 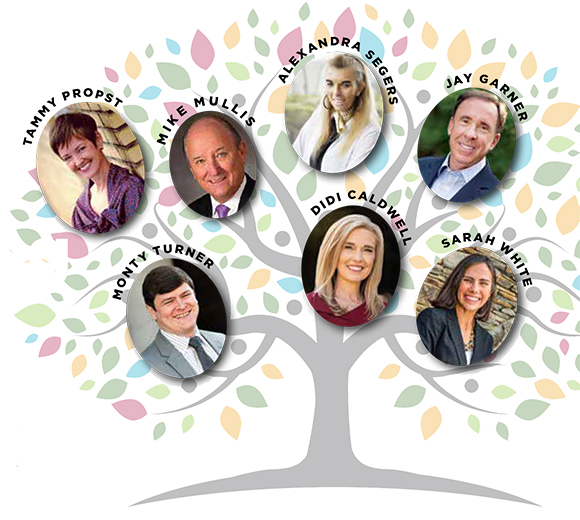 Site selection consultants adopted the work-from-anywhere mode decades before a pandemic forced the issue. But even road warriors have home offices.

I asked site selectors across the Southeast why they — not their clients — have located where they are. Their responses provide a unique perspective on the profession, the regions the members of this nomadic tribe have chosen to call home, and a distinct family tree emanating from certain firms and locations.

“After finishing my civil engineering studies in Japan and Germany, one of my first projects was the MBUSI Tuscaloosa, Alabama, automotive plant construction site,” says Alexandra Segers, general manager with Tochi Advisors in Atlanta. “Afterwards, Mercedes/Daimler send me together with their team to find a site around Beijing for their new and first auto plant in China. After my time in China, Schott AG asked me to help them find a site for their new Thin Film Transistor-Liquid Crystal Display glass plant in South Korea. We found a site in Ochang, about 2.5 hours south of Seoul. I stayed there as their owner’s rep for two years and managed the construction. During my time in Korea, I met the chairman of Hyundai/KIA and he said they were considering building a plant in the U.S.

“The KIA plant project in West Point, Georgia, brought me back to the U.S., and I found a home in Valley, Alabama,” she says. “Since then I call Alabama my ‘sweet home.’ I am still doing site selections and construction projects all over the world and using the ATL airport too much, so I decided three years ago to also get an apartment in Atlanta. Currently three locations are my ‘home’: Rheinbach, Germany; Valley, Alabama; and Atlanta, Georgia.”

Atlanta’s also where you’ll find Jay Garner, president of Garner Economics, and a founding member and past chair of the Site Selectors Guild.

“I started my business in 2003 and realized that I needed to have easy access to a first-tier airport, knowing that I would often travel to second- and third-tier airports,” he writes. “From ATL, I have nonstop or one-stop service to virtually anywhere in the world. I also had school-age children at the time, so I needed to focus on quality schools, and did so by looking at test scores, per pupil expenditure, student/teacher ratio and the appearance of the physical facilities. My son was also a ranked junior golfer, so I needed to have access to a golf course (there are four where I live, and I live on one of them). We settled on Fayette County, Georgia, and have been here ever since.”

Garner launched his firm without being a former member of a location advisory firm. “I’m one of just a few that have no direct connection to any of the older legacy firms like Fantus or Fluor,” he says.

“I have lived in Atlanta since being relocated here to work for Moran, Stahl and Boyer – about the time they moved their office from New York to Atlanta around 1993,” says Will Hearn, director of real estate for Origis Energy. His connections and past work range across a number of firms such as Fluor, Lockwood Greene, CH2M Hill and CBRE. “Many others in the Guild also spent time at MS&B. Atlanta has great air access — I can literally miss a flight anywhere in the country and there will be another flight that same day.”

Mike Mullis, founder of J.M. Mullis in Memphis, says, “We chose this Tennessee HQ more than 30 years ago when we opened the company to initially serve FedEx at its Memphis HQ. Over the past several years, our firm’s business has expanded globally to literally hundreds of major client groups. We also have U.S. field offices in Florida and Alabama, and ongoing affiliates in other countries. We choose for our U.S. HQ to remain in the South — an excellent place to live, work and play.”

There’s a cluster of location consultants in Upstate South Carolina, many of which trace their roots to one company: Fluor. The reasons go back to its acquisition of pioneering South Carolina-based design-build firm Daniel International Corporation in 1977. Daniel was founded in the area by Charles Daniel in 1934.

Even those without direct legacies to Fluor are rooted in the area: Tammy Propst worked with a KPMG office before founding her own advisory firm Tax Advantage Group there. She is part of the team that created Greenville New Markets Opportunity, (GNMO) LLC, the first allocated Community Development Entity in South Carolina, oriented toward deploying below-market capital to stimulate job creation and investment in South Carolina’s low-income communities.

GLS was created in the 1970s as an ancillary site selection and economic development services offering within Fluor in Greenville. In 2009 the service was outsourced to Global Asset Positioning, doing business as Global Location Strategies. Today GLS is a growing firm still based in Greenville, with its own family tree.

“I grew up in Lusaka, Zambia, and Johannesburg, South Africa,” says Monty Turner, senior vice president of Colliers Site Selection Services, based in Atlanta. He makes his home in the same suburb, Peachtree Corners, that is home to this magazine. “As a dual citizen (U.S. and South Africa) I relocated to the U.S. to attend Furman University in Greenville. While at Furman I heard about an internship opportunity at Global Location Strategies. At the time, 2010, GLS had just been spun out of Fluor but we were still housed at the Fluor office in Greenville. Didi Caldwell and John Sisson were partners at GLS when I started in 2010. I essentially became GLS’ first hire after being spun out. There were three of us in two cubicles within Fluor’s office. I worked with Didi from 2010 until late 2019 before being recruited by Colliers to help build and lead Colliers Site Selection Services.”

Sarah White, an Upstate native who is principal and vice president of site selection at GLS in Greenville, started her site selection career in August 2008 after interning at the South Carolina Department of Commerce. “I did not anticipate moving back to the Upstate, but an opportunity with McCallum Sweeney Consulting [MSC], a spin-off of the Fluor siting group, came open.”

During her time at MSC, White worked with Fluor alums the late Ed McCallum, Mark Sweeney (retired), Jeannette Goldsmith (Strategic Development Group), Jeff Forsythe (Forsythe and Associates), and Barbara Dendy (Forsythe and Associates). “I worked at MSC 10 years before joining spin-off Quest Site Solutions after MSC’s closure,” she relates. “I was recruited to GLS at the end of 2019.

“When I first started, I told myself I would stay in my first job for two years so I didn’t appear to be a job hopper,” she says. “Thirteen years later, I still love site selection and can’t imagine doing something else at this point. I’ve been fortunate to have various site selection opportunities without a geographic move, given the strong cluster of site selection consultants in Greenville from Fluor’s legacy.”