Idaho Falls Is Nuclear Energy Past And Present 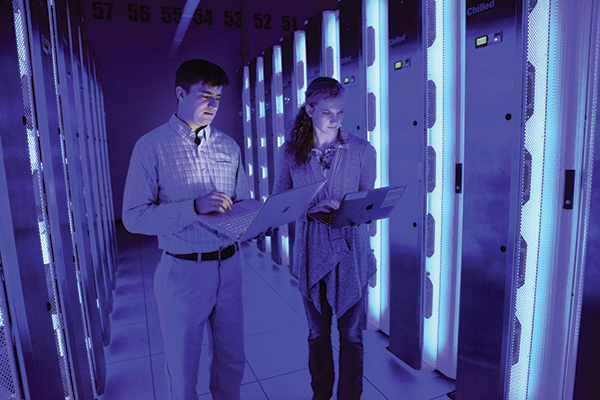 Rebecca Casper is the dynamic, two-term mayor of Idaho Falls, Idaho, named by the Milken Institute as America’s best-performing small city for 2021. A town of “just north of 65,000 people,” says Casper, Idaho Falls and its economy are closely tied to the Idaho National Laboratory, the longtime nuclear energy research facility. Casper tells a story about local efforts to recruit the lab to a site in the desert shortly after World War II.

“City leaders were trying really hard to woo this lab,” she says. “So, they brought everybody into town, and they did some sort of big hoopla to show that they were building this big road out to the site. But really it was just some sawhorses and equipment scattered around. They were trying very hard to make an impression.”

Something worked. Through many names and incarnations, INL has been at the forefront of the development of nuclear energy. In addition to supporting local suppliers to the tune of tens of millions of dollars, INL has negotiated hundreds of commercial licenses as part of its mission to develop marketable technologies.

Two and a half hours north of Ogden, Utah, on I-15, INL is helping the city develop a tech and recreation vibe consistent with Utah’s Silicon Slopes. “High-tech industries,” reports Milken, “play an important role in the city’s dynamism.”

From the Lab to the Market

A veteran materials scientist, John Garnier retired from INL in 2012 and founded Advanced Ceramic Fibers (ACF) in Idaho Falls. The venture is based on patents Garnier developed at INL while exploring ways to insulate nuclear fuel in the event of an accident.

“We ended up moving quite a ways away from nuclear power, but we’ve circled back and have done some significant projects,” says Shawn Perkins, ACF’s president, citing work the company has done on nuclear thermal propulsion for NASA and on advanced turbine engines for the Navy.

In 2020, ACF moved into a 7,000-sq.-ft. facility after completing a lengthy incubation at the Idaho Innovation Center, an accelerator and co-working space operated jointly by the City of Idaho Falls and surrounding Bonneville County. In helping to supply ACF’s founding scientists and engineers with necessary business skills, the Innovation Center, says Perkins, “was a super big help to us.”

The city is serious about building out its innovation ecosystem. In March, Idaho Falls received a grant from the Battelle Energy Alliance, which manages INL, to establish a master plan for an innovation district centered on INL’s growing in-town presence, which has come to include the recently launched Cyber Integration Center and a Collaborative Computing Center. Leveraging connections to nearby campuses of the University of Idaho and Idaho State University, the innovation district, in an underutilized area on the outskirts of town, would be the first of its kind in the state.

With the world’s intensifying focus on climate change, Mayor Casper, who serves on the board of directors of the Washington, D.C.-based Energy Community Alliance, sees a bright future for a new generation of carbon-free nuclear energy. Nuclear, she says, could be a “gigantic economic engine” for eastern Idaho. Under her leadership, Idaho Falls is supporting an effort to build a six-unit power plant on INL grounds using small-scale modular reactors. That project is led by Utah Municipal Power Systems (UAMPS), which says it expects the first module to be operational in 2029, with the full plant running in 2030.

Here again, Casper stresses her city’s growing ties to the state to south, further evidenced by efforts on the part of Regional Economic Development for Eastern Idaho to leverage northern Utah’s dynamic economy through the promotion of an I-15 Innovation Corridor. ACF’s Perkins discerns a common mindset that crosses the states’ shared border.

“There’s an incredible entrepreneurial spirit in this area,” he says. “There’s a lot of self-reliance and kind of a can-do attitude. We’re good neighbors and we encourage and help each other in great ways. Everyone loves living here.”

“We’re not a one trick pony that has all our eggs in the federal basket,” Casper says. “We have worked really hard to be a regional leader. We have tech and scientific. We have tourism and outdoor recreation. We have the agricultural base that’s always been here. We have successfully cultivated some really strong medical offerings, and we tend to be a hub for culture and art. We’re trying very consciously,” Casper says, “to be a well-rounded community.” 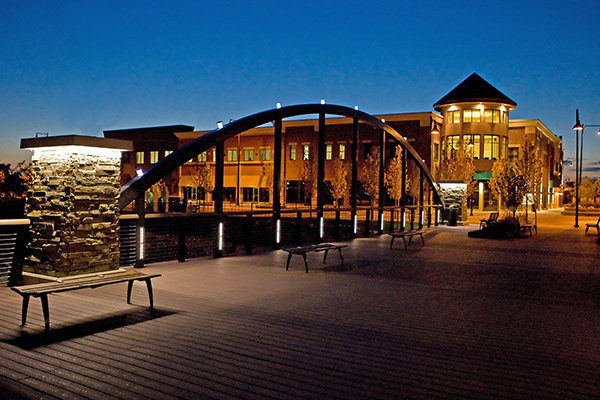