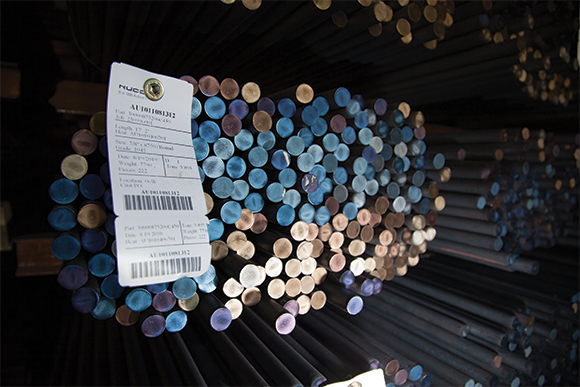 Rebar like this is now flowing from Nucor’s new micromill in Frostproof, Florida, finished ahead of schedule thanks in part to Duke Energy’s proactivity.
Photo courtesy of Nucor 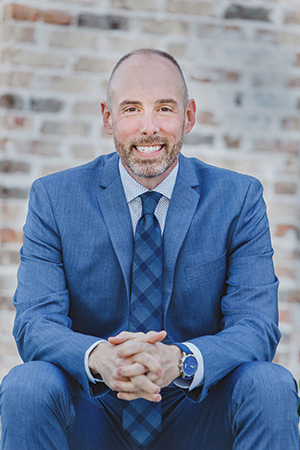 Florida, the newest part of Duke Energy territory since Duke’s 2012 merger with Progress Energy, is nonetheless a pioneer when it comes to innovation in economic development.

When Nucor’s $249 million rebar micro mill in the central Florida town of Frostproof started up with production and commissioning in December 2020, it was the latest step in a signature economic development win. Speed to market was everything. Duke Energy’s multi-faceted approach to site selection and project execution helped Nucor get to the finish line faster.

“Duke was the lead for the majority of the project which was managed by our director of industry recruitment, Danielle Ruiz,” says Marc Hoenstine, managing director of economic development for Duke Energy in Florida. Nucor was shown 67 sites throughout the state, in a process that featured “extremely detailed site requirements, a significant power requirement, significant economic impact in a rural community and short timelines to get the project operational,” he says.

A recent Nucor presentation notes the project “enhances low-cost position by capitalizing on significant logistical advantages,” especially when it comes to using abundant scrap supply from the company’s network of nearly 20 scrap operations scattered across Florida.

But other infrastructure means something too. As a Duke newsletter described it, Nucor chose the location for “not only its location to construction markets and a rail line for delivering supplies and products but its proximity to dependable electricity.”

Landing the project meant testing Duke’s knowledge of sites and site readiness — an area in which Duke has specialized for years with its Site Readiness program encompassing hundreds of sites. But once the site was picked, the challenges were just beginning.

“The Nucor project also required Duke to bring transmission level service six miles to the site Nucor selected,” Hoenstine explains. It was a requirement the Duke team met three months early thanks to early partnering with Duke’s transmission department for planning purposes and to a new strike team set up especially for the Nucor project, “which also benefits future projects,” he says.

A micromill like Nucor’s is known for its efficiency. Duke’s team was too. To meet Nucor’s timeline, the team’s innovations included using a helicopter to install a 2.5-mile stretch of that transmission, taking only a day to accomplish a task that would normally take days or even weeks. Just as key, says Hoenstine, was outreach to the community, working through details so the process had the least possible impact on everyday life. Consequently, a project that got done ahead of schedule was able to start having a powerful economic impact for the region and for the company that much sooner.

“Our second rebar micro mill located in Frostproof, Florida, began production in December and achieved profitability for the month of March,” said Nucor CFO, Treasurer and Executive Vice President James D. Frias in an April 2021 earnings call. “We congratulate our Frostproof team for their incredibly fast ramp achieving this significant milestone well ahead of schedule.”

“Power was the key driver in this project,” says Hoenstine, “and Duke Energy met the need to close the deal for Florida.”

The Nucor deal is emblematic of a trend toward larger and larger projects considering Florida, Hoenstine says, driven in part by a booming construction industry and in part by expansion of robust sectors such as cold storage, logistics and food and beverage. A project from tortilla maker Easy Foods was a case in point.

“They were looking to move from south Florida, where costs were getting too high,” he says. “We helped them with a site in Osceola County.” As food sales were going off the charts as the pandemic hit in 2020, the Duke Energy team was there with additional support for the company’s growth, helping them make energy efficiency improvements and apply for Florida’s 7% sales tax exemption on electricity for manufacturers.

“It’s 100% exempted through a one-page application you submit through your utility,” Hoenstine explains, observing that a lot of money is left on the table by companies that don’t bother to apply. It’s worth the bother, he says, in part because an existing manufacturer that hasn’t been taking advantage of the program is allowed to submit for a retroactive exemption going back three years. All of which is to say, Easy Foods is all set to grow. “I think they’ll be doing an expansion pretty soon,” Hoenstine says, “either increasing their current presence or getting a new location. We’re working a lot in food and beverage. The consumer market is just exploding.”

Another burgeoning field in Duke territory is cryptocurrency mining operations, which like data centers are large power users, but are often disdained as economic development projects due to low job creation numbers. However, such investments accrue to the tax base.

“We’re there to create new jobs, raise the average wages and help with the tax base,” Hoenstine says. “The more we bring in companies to offset the tax base, that’s less for the residents to pay.”

Asked to characterize the power of relationships in driving economic development in Duke’s Florida territory, Hoenstine says one example comes immediately to mind.

“We serve the majority of Modeling, Simulation & Training (MS&T) companies in the state of Florida,” he says. It’s a sector that’s been a robust target industry for such partners as Enterprise Florida and Orlando Economic Partnership. “We have supported the industry and the National Center for Simulation in their projects and initiatives over the years. This year we will be the presenting sponsor at the Florida Simulation Summit in October, which will be focused on cybersecurity. Ninety percent of the military’s purchasing operations are located in the Central Florida Research Park served by Duke, which is one of the main reasons the MS&T industry is located here. We want to continue to help them expand and thrive in Florida.”

Working together is also important when it comes to solving competitive challenges that stand in the way of winning projects. Based on a report his team has compiled, says Hoenstine, “we have created a new plan that we will roll out in January to begin addressing this and better supporting our communities’ economic development efforts. On those projects we lost, why did we lose them? Lack of an incentive? Not enough water? Was it a workforce issue? If we go through and find common threads, what could we start to address?”

Duke Energy’s Site Readiness program already addresses many competitive challenges with market-ready parcels. The new program essentially will address everything else. It’s Florida-specific, he says. “We hope to roll it out to the other states one day.”