The Amazon Bandwagon Rolls Through Massachusetts 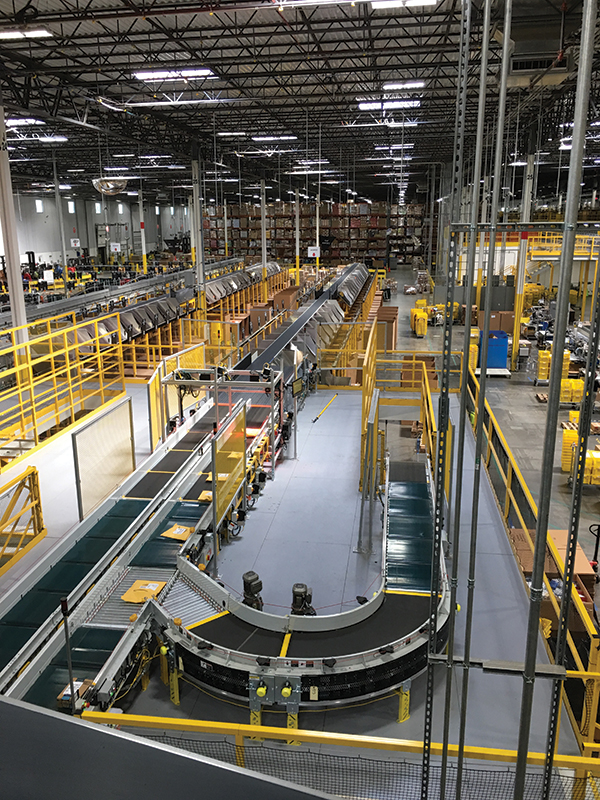 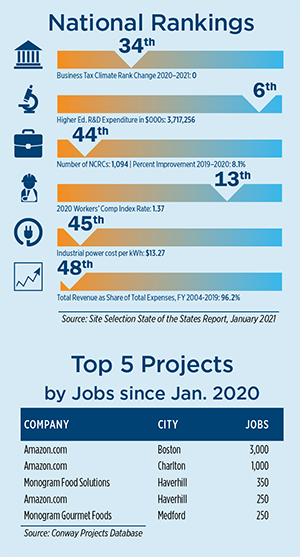 With the opening of a delivery center comprising some 800,000 sq. ft., Amazon is the largest employer in Revere, Massachusetts, just northeast of Boston. The $50 million facility employs 200 full-time and part-time employees in the suburb of some 50,000 residents.

That recent investment is emblematic not only of Amazon’s expanding ties to Boston, but of the emergence of Massachusetts, and Boston in particular, as a powerhouse for logistics-related operations.

Amazon, with about 4,000 employees, is in the midst of a big buildout across the eastern half of Massachusetts. Its numerous projects and plans to more than double its workforce make it the statewide leader in a race to expand and refine supply chains to serve the Northeast mega-market. In addition to the plan to create more than 3,000 jobs at its Boston technology hub, the online retail colossus is moving forward with huge distribution centers at its northern and southern borders, thus facilitating delivery throughout New England.

“Boston’s central location within New England,” noted CBRE in its recent Emerging Industrial Markets report, “gives it access to approximately 14.7 million households within a one-day drive. Driven by rising e-commerce sales, strong market fundamentals and a diverse tenant base, Boston will remain one of the country’s top industrial growth markets for the foreseeable future.”

In North Andover, not far south of Manchester, New Hampshire, Amazon is receiving $27 million in tax incentives for a $400 million investment in a five-story storage and distribution center being built on 110 acres. The 3.8-million-sq. ft. complex will employ at least 1,500 full-time workers, and is expected to be completed by August of 2022. A smaller Amazon DC under construction in nearby Haverhill is expected to yield 150 new jobs.

A 1-million-sq.-ft. (93,000-sq.-m.) warehouse planned for the south-central Massachusetts town of Charlton will serve to bolster Amazon’s links to Providence, Rhode Island, and Hartford, Connecticut, to the south. The 1,000-job facility represents an investment of between $300 million and $400 million, according to Worcester’s Telegram & Gazette.

Newly announced distribution centers planned just north and south of Boston, including one in suburban Tewksbury that’s to create 700 jobs, will give Home Depot four such facilities within the greater Boston market, where the home improvement retailer currently operates logistics warehouses in Westford and Norwood.

Since the first of the year, 21 announced or completed warehousing projects in Massachusetts have merited inclusion in Site Selection’s Conway Projects Database.