A Community College On the Cutting Edge 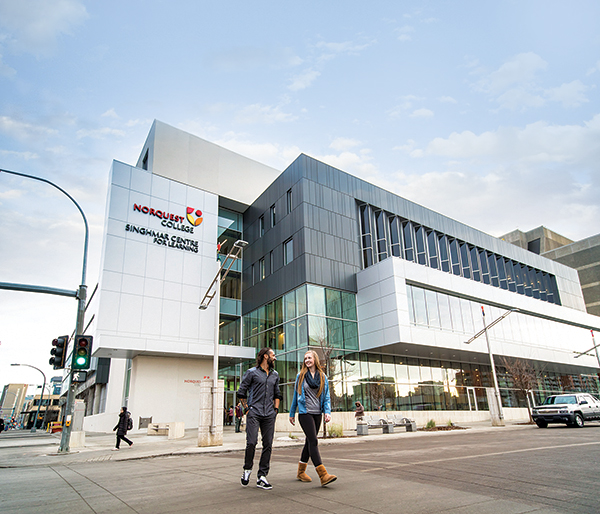 Innovative programs in esports and employment training for the neurodiverse community are just part of an extensive educational and industry training menu at NorQuest College in Greater Edmonton.
Photo courtesy of NorQuest
by Adam Bruns 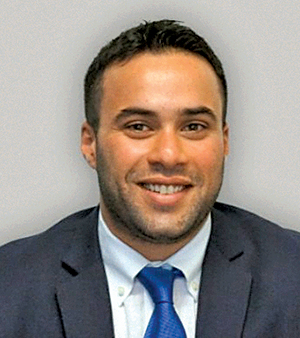 During the course of a year immersed in career and technical education topics, two of the stories I’ve pursued stand out. One centers on the relationship of esports and the video game industry to STEM skills and career possibilities in a globally nascent sector. The other examines pioneering corporate and institutional approaches to employment of the neurodiverse community.

Little did I suspect I’d find pioneering programs in both areas at one college in the province of Alberta, Canada.

NorQuest College is Edmonton’s community college, serving more than 21,000 learners on both credit and non-credit tracks relevant to career paths in such prominent sectors as health, community studies, business, environment, technology, hospitality, and diversity and inclusion training. NorQuest is also known for its customized and corporate training options.

An emerging area for the college is esports. In December 2020, NorQuest announced it was teaming with Vancouver-based TGS Esports (TGS stands for The Gaming Stadium) to create a partnership that includes a new esports series with monthly online tournaments launched by NorQuest. “The team at NorQuest have been phenomenal to deal with,” said Spiro Khouri, founder and CEO of TGS Esports.

The partnership represented “a first in the province and marks the next step in NorQuest’s esports strategy,” said Ahmed Kamar, Director of Business Enterprises at NorQuest College.

How big is collegiate esports? In the U.S. alone, the National Association of Collegiate Esports counts more than 170 schools in its membership, comprising more than 5,000 student-athletes and encompassing $16 milliion in esports scholarships and aid. In Canada last May, a group of 12 higher education institutions (not including NorQuest) worked with Harena Data’s GYO esports platform to launch the Canadian Collegiate Esports League. Their number is dominated by teams from multiple schools in Western Canada: the University of Victoria, University of Regina, Lethbridge College, University of Lethbridge, Northern Alberta Institute of Technology, University of Winnipeg, Simon Fraser University, University of Manitoba and MacEwan University (Edmonton). “We’re going to develop Canada as an international hub for collegiate esports,” said Bill Dever, chief strategy officer at Harena Data. “This will be one of the best places for students to develop their esports skills and make it to the pros.” 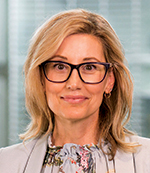 “Our esports strategy is developing a gaming and entertainment community of employees, students and gamers outside of NorQuest who work at play and play at work.”
— Carolyn Campbell, President, NorQuest College

Whether NorQuest esports enthusiasts make it to the pros or not is an open question. But the momentum of the program for the school and for skills development is undeniable. NorQuest College President Carolyn Campbell sees the program as part of a new model. Since NorQuest is situated so close to the University of Alberta campus, Campbell sees the possibilities of a campus district emerging, with NorQuest’s entrepreneurial spirit helping to cultivate small businesses in a higher education neighborhood.

“I think the campus of the future will be an blend of online and in-person training, and the online piece will have to look more and more like television,” she told me last year. “We could see investment in physical plants looking a lot like TV studios, and maybe it’s even something that post-secondary institutions could share.”

More recently, when I asked her about esports, she told me that esports at NorQuest “is about so much more than having fun — though fun is definitely still a big part of what we’re doing. Our esports strategy is developing a gaming and entertainment community of employees, students and gamers outside of NorQuest who work at play and play at work. Truly, esports is a clear example of the type of employee culture we are building, and helps us to share that part of our brand with the world beyond our campus.”

I also caught up with Ahmed Kamar and asked him how he sees esports intersecting with curriculum.

“We always envisioned esports integrating into our curriculum,” he says. The program is still in its infancy, “so we’re exploring opportunities with our industry partners to offer non-credit courses for learners through NorQuest Continuing Education. As the curriculum matures, we plan to work with our faculty to offer credit programs that lead to certifications for our learners.”

Asked what types of careers esports program members are tracking toward, he says, “There are many incredible esports career opportunities for our students. Graduates can go on to careers in broadcasting, event management, communication, marketing and promotion, game development, and so much more. ... there is such a diversity of career opportunities in this space.”

The program is fostering relationships outside of campus too, and not just with TGS.

“Other corporate partners like Memory Express, Alberta Innovates, Edmonton Screen Industries, ATB, Pepsi, Explore Edmonton, Calgary Economic Development Corp have taken note of these opportunities and joined us as sponsors for the events,” he says. “We also have a great partnership in the academic and learning space, with Dell Canada and Advanced Learning Partners, and together we co-created an international speaker series profiling Women in Esports and STEM-related industries. In the community space, we’ve been able to expand on our annual road hockey tournament by bringing in a simultaneous esports gaming experience that connects NorQuest faculty with Hockey Canada to showcase hockey for our international students. It’s incredible how esports can be integrated into so much of what we do and open up new opportunities to connect NorQuest to those outside the physical campus.”

Leading the Way on Neurodiversity

The Autism CanTech! launched out of NorQuest to help autistic youth learn entry-level employability and technical skills for the digital economy in fields such as education, finance, government, software and healthcare, using a blend of career coaches, autism-friendly program spaces and RoboCoach assistive technology. Asked where the program looked for models, Jenna Gauthier, center manager for Autism CanTech! at NorQuest, tells me the range across the autistic spectrum allows for an equally wide variety of effective models. But to be successful they will have one thing in common. 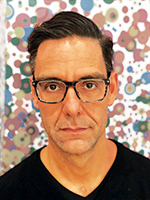 “Some of the most famous and efficient hackers come from the neurodiverse community.”
— Paul Darvasi, educator, designer, researcher and lifelong gamer

“A key difference-maker is really looking at people as individuals and ensuring you integrate responsiveness to individual needs and strengths into any employment/career support,” she says. “In tech in particular, and beyond the great work we are doing in Autism CanTech!, there are organizations that have been supporting and advocating for neurodiverse hiring for many years. Specialisterne has been referred to as setting the ‘gold standard’ for neurodiversity in tech. Others that immediately come to mind are SAP (which originally worked closely with Specialisterne on neurodiverse hiring initiatives), Auticon, Technology North Co., and Daivergent — all of these organizations have established models for training, hiring, and support that really leverages strengths while meeting unique needs.”

In western Canada, Gauthier notes, “Ernest & Young have established Neurodiversity Centers of Excellence in Alberta and B.C., Deloitte has partnered with Specialisterne Foundation to join the Autism@Work movement. BMO, ATB and other banking institutions are also leading the charge in welcoming neurodiverse employees.”

Gauthier says neurodiverse-specific employment policies are starting to grow across industries as organizations looking to expand their hiring practices examine the unique strengths found in a diverse workforce.

In November, the program itself was officially expanded across Alberta and into Saskatchewan on the heels of the graduation of the program’s first Edmonton cohort, which progressed 22 youth into employability in the data sector. Participants in the Autism CanTech! Program can attend the program virtually from any Alberta or Saskatchewan community larger than 17,000 in order to ensure the availability of employer-partners for the paid practicum component of the program.

“We’ve seen firsthand the dramatic effect the program has on building the skills of graduates,” said Gauthier. “But it’s remarkable to experience the resilience, relationship-building, and other so-called soft skills that get developed along with the technical training we’ve put together. I’m eager to see this impact continue to grow as the program expands its reach.”

“Autistic youth have much to contribute to the digital economy,” said Carolyn Campbell. “But, despite their interest and abilities, they are often excluded from full participation. We’re so proud to work with partners from across Canada to help create pathways for graduates to contribute to the workforce, on their own terms.”

Could the worlds of esports and neurodiversity converge as well?

“Some of the most famous and efficient hackers come from the neurodiverse community,” says Paul Darvasi, a longtime high school teacher and educator, game designer and researcher based outside Montréal. He says one of the issues gaming can solve in the educational space is the elimination of non-verbal cues such as irony, innuendo and gestures — in video games, all the communication is in chat off to the side.

“That eliminates the non-verbal nuances,” Darvasi says, “and you have time to process those messages. You can contemplate and observe how others are responding to messages and cues.”

Through work Darvasi did with an organization that runs Minecraft camps, he saw that through prolonged communication via those chat boxes, one individual with autism was learning social scripts, and picking up on the flow and understanding where people were joking. “It started to have tangible benefits, thorugh a structure to work with,” he says. “This has not been widely researched. There are so many families out there who don’t understand there is this resource right under their noses.”

As NorQuest’s unique programs expand, families, companies, entrepreneurs and students are seeing right under their noses the value of a community college with vision.

This story was produced as part of the Higher Education Media  Fellowship at the  Institute  for  Citizens  &  Scholars. The  fellowship supports new reporting on issues related to post-secondary career and technical education.