An Outlier Makes Waves in the Midwest

How Grand Rapids plans to become a major tech hub in the Central U.S. 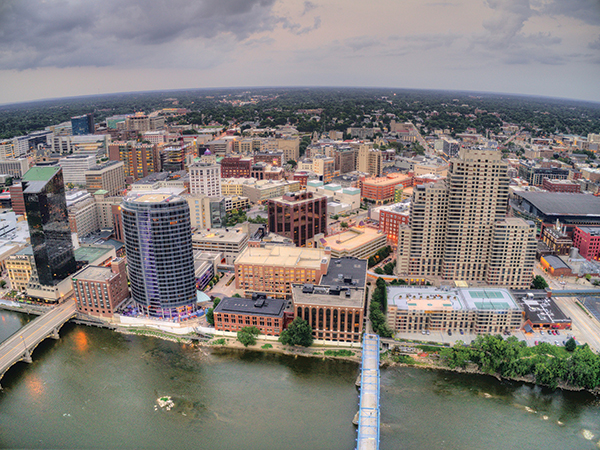 Grand Rapids is an outlier in the Midwest because it is a growing metro area.
Photo courtesy of The Right Place Inc.
by RON STARNER

Looking for evidence of a second-tier Midwest community that is defying the odds and bucking the regional tide of population and talent loss?

Look no further than Grand Rapids, a Western Michigan city on the Grand River just east of Lake Michigan. While most places in the Upper Midwest continue to shed population, Grand Rapids is an outlier, seeing its population rise from 188,040 in 2010 to 201,013 in 2019. During that time, Grand Rapids rose from the 123rd largest city in the U.S. to 113th.

More importantly, the leaders of Grand Rapids know that for the city to remain competitive in the future, a concerted effort must be made to keep the best and brightest workers at home and do even more to attract talented young people to move to the area.

That is where The Right Place, the community’s economic development organization, comes in. Randy Thelen, president and CEO of The Right Place, says the need for a proactive stance on this issue has never been greater. “There has been a migration of people away from the Midwest,” he notes. “But within the Midwest, there are pockets of growth. Grand Rapids is one of them. Columbus and Indianapolis are others.”

To keep that growth going, The Right Place recently launched a technology sector strategy designed to lure the types of talent and companies the community will need to maintain its competitive edge. The group assembled a Technology Taskforce to draft a plan that will position Grand Rapids as the leading technology cluster in the Midwest. It’s ambitious, for sure, but it’s already got business leaders cooperating to make it happen. 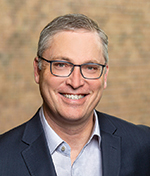 “The tech sector makes up 5% of our local economy. We plan to double that in 10 years.”
— Randy Thelen, President & CEO, The Right Place Inc., Grand Rapids, Michigan

Steve Downing, CEO of Gentex, and Rick Pappas, president of Davenport University, are serving as co-chairs of the taskforce that will have three committees focused on talent, an innovation ecosystem and business growth.

“The Economist recently said we were one of the best manufacturing centers in the world,” says Thelen. “We’ve built a medical sciences corridor in the last 20 years. The next goal is to build a tech sector. Technology is the fastest growing sector for jobs and income nationally. The tech sector makes up 5% of our local economy. We plan to double that in 10 years.”

He adds that “talent and business growth are two main buckets of this. The third piece is around building an innovation ecosystem. How do we grow a startup culture?”

Thelen said a recent survey of local businesses revealed they plan to hire 3,200 tech workers over the next five years. “If we were to fill those jobs, it would be the equivalent of the largest economic development project we’ve ever seen. It all comes down to people and talent.”

The opportunity to grow tech jobs is there, says Thelen, pointing to a recent CBRE study showing that since 2013, Silicon Valley companies were responsible for 30 million sq. ft. of tech office expansion in 10 major U.S. markets. “That equates to 150,000 jobs moving from Silicon Valley across the country to other locations,” he says.

If this can happen in places like Chicago, Columbus, Indianapolis, Des Moines, Madison and Omaha, why can’t it happen in Grand Rapids, wonders Thelen. “We have the assets to spur this kind of growth,” he says. “Think of the Industrial Internet of Things and all the global supply chain management taking place here. We will be a major user of those technologies. We want to be the developer, maker and builder of those technologies.”

In some ways, Grand Rapids is attempting to swim upstream. While there are pockets of small-town success stories scattered throughout the Midwest — places like Findlay and Wooster, Ohio — by and large the region is being left behind by the nation’s technological tidal wave.

Demographer Aaron Renn has written extensively about this topic. In his most recent work, “Why the Old North States Have Been Economic Laggards” in Governing magazine, he explains why the 23-state region spanning the Great Plains, Midwest and Northeast has consistently trailed the rest of the country. Mostly, it boils down to population loss.

Minnesota grew by 7.6% since 2010 and is the regional leader, yet that is only 0.2 percentage points above the U.S. average. Meanwhile, 19 of the 23 states in the region shed people.

Grand Rapids employers recently said they would hire 3,200 tech workers in the next five years.
Source: The Right Place Inc.

Many of these states struggle to bring employment back too. WalletHub reported Dec. 9 that four of the 10 states experiencing the weakest jobs recovery post-pandemic are in the Midwest: Minnesota, Wisconsin, Michigan and Indiana. Fortunately for the region, Nebraska and Kansas rank among the top four states leading the jobs recovery.

Three Reasons to Bank on the Midwest

Despite these looming demographic trends, economics Prof. Ernie Goss of Creighton University in Omaha sees three reasons to be optimistic about the economic fortunes of the Midwest: